Months after the death of Donna Castleberry, her family still has a hard time dealing with their raw emotions. 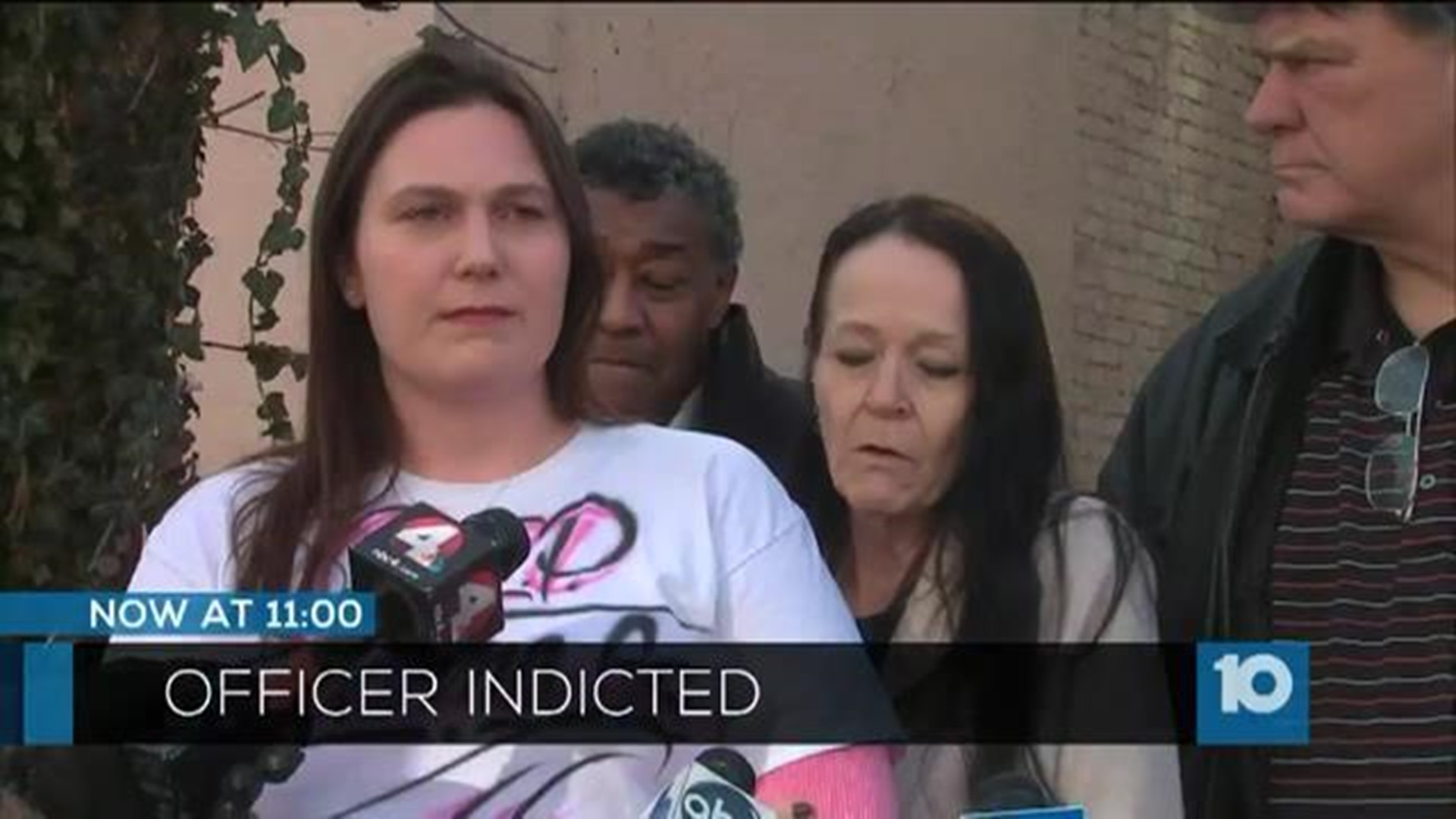 Months after the death of Donna Castleberry, her family still has a hard time dealing with their raw emotions.

In August, Columbus police officer Andrew Mitchell, a member of the division's vice unit, was investigating prostitution complaints and had Castleberry in his unmarked police car.

Police said there was an altercation and Castleberry stabbed Mitchell before he shot her three times, killing her.

“We have been waiting for six long months, and it will be seven if it goes into April since my sister was killed. I think we are due answers,” Donna’s sister Bobbi McCalla said.

On Monday, Mitchell was indicted on seven separate counts, accused of holding victims and forcing them to perform sexual acts before he would let them go.

Castleberry's family is hoping with Mitchell's indictment on those separate charges, they will be closer to getting answers and justice in Castleberry’s death.

“I would just like to say the family is tentatively happy regarding this. We are glad there has been a step forward towards getting justice for Donna,” McCalla said.

“I'm very confident it's going to happen. With God on our side, we got him,” Dalton said.

Franklin County Prosecutor Ron O'Brien says his office plans on presenting Castleberry's case to a grand jury within the next month.