Domestic violence survivor warns others 'it could happen to anybody'

The pandemic has made it even more important for people like Mackenzie Carlson to able to get the help they need. 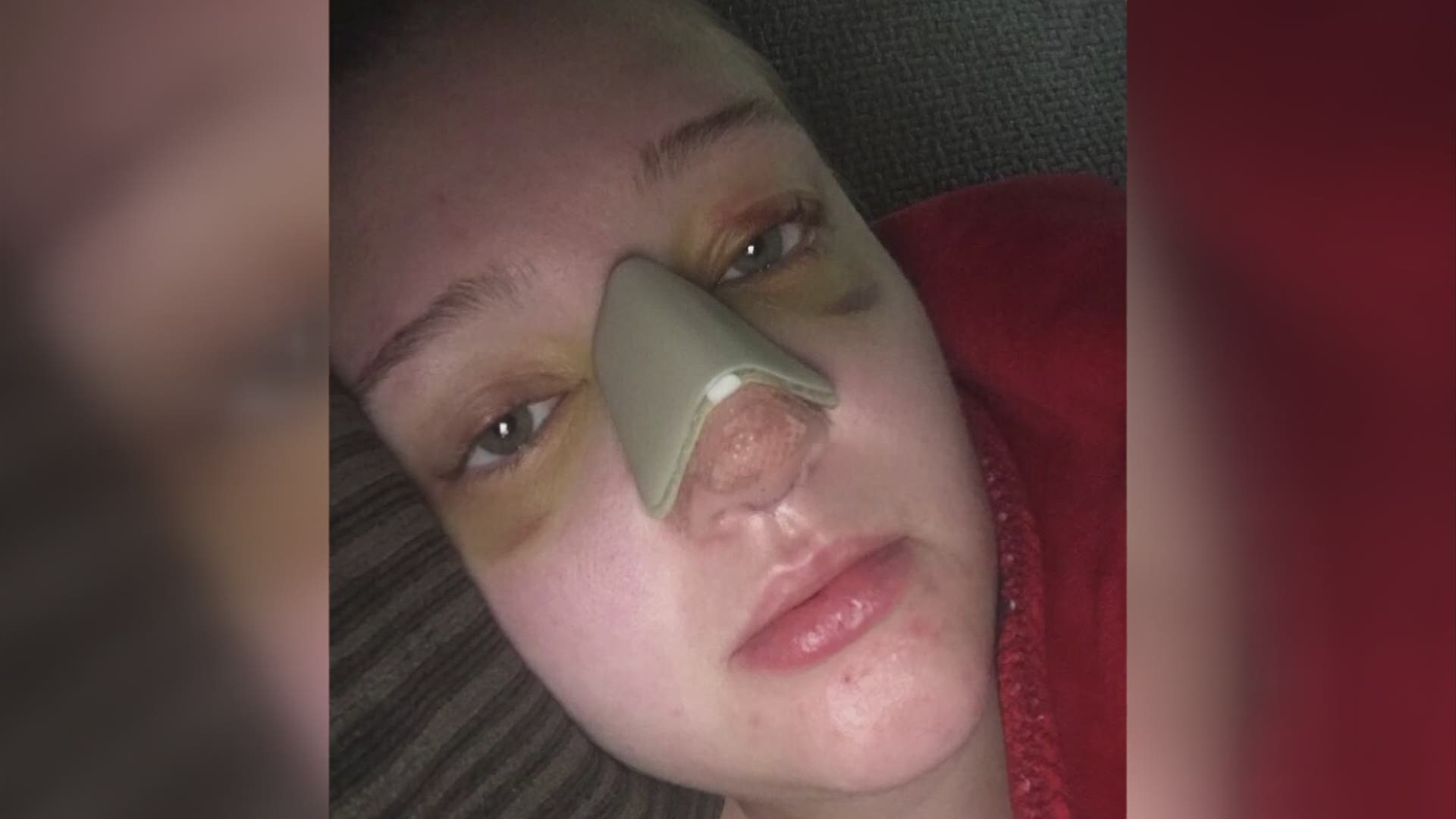 The pandemic has made it even more important for people like Mackenzie Carlson to able to get the help they need.

As we mark Domestic Violence Awareness Month, she shared her story with 10TV.

“I can't smell anymore. I lost opportunities. I have a brain injury. I have post-traumatic stress disorder,” Carlson said.

It was a year ago when Carlson realized she could not survive if she stayed in her abusive relationship.

“It started off as a normal typical relationship. I just saw a guy that was interested in me,” she explained.

Threats of violence turned into bruises and concussions.Last September, Carlson says she was injured so badly, she knew she had to leave.

She ran into the bathroom and locked the door to escape her boyfriend after he tried to smother her.

“He beat the door in, it was cracked quite a bit, the lock was broken. When he came in he shoved me into the shower curtain and fell backwards,” Carlson said.

She says they had a fight over something she thought was small.  When he shoved her, she hit her head on the water faucet and suffered several injuries.

She's had reconstructive surgery on her nose to repair the damage.

“You don't realize how bad it is until you are so far into it, you just don't know what to do,” Carlson said.

Since the beginning of the year, there have been nearly 2,000 screenings to gauge the level of danger for domestic violence victims by advocates at CHOICES while Columbus police officers are on scenes of calls.

Those advocates do a threat level assessment called the lethality assessment program. Nearly 80 percent of those screenings so far this year have been a high danger, which is up nearly 10 percent, which means the victims are at high risk for serious or fatal injuries.

“I want people to be more aware this happens and that it could happen to anybody,” Carlson said.

Carlson’s abuser was charged and served a few days in jail.

Since leaving the relationship, Carlson has collected donations for CHOICES shelters.

She stayed at a shelter at Kent State University for awhile after leaving that relationship.

She says she hopes to help other women like her.