Is there a leadership crisis at one of central Ohio's largest hospitals? Dozens of doctors says yes. 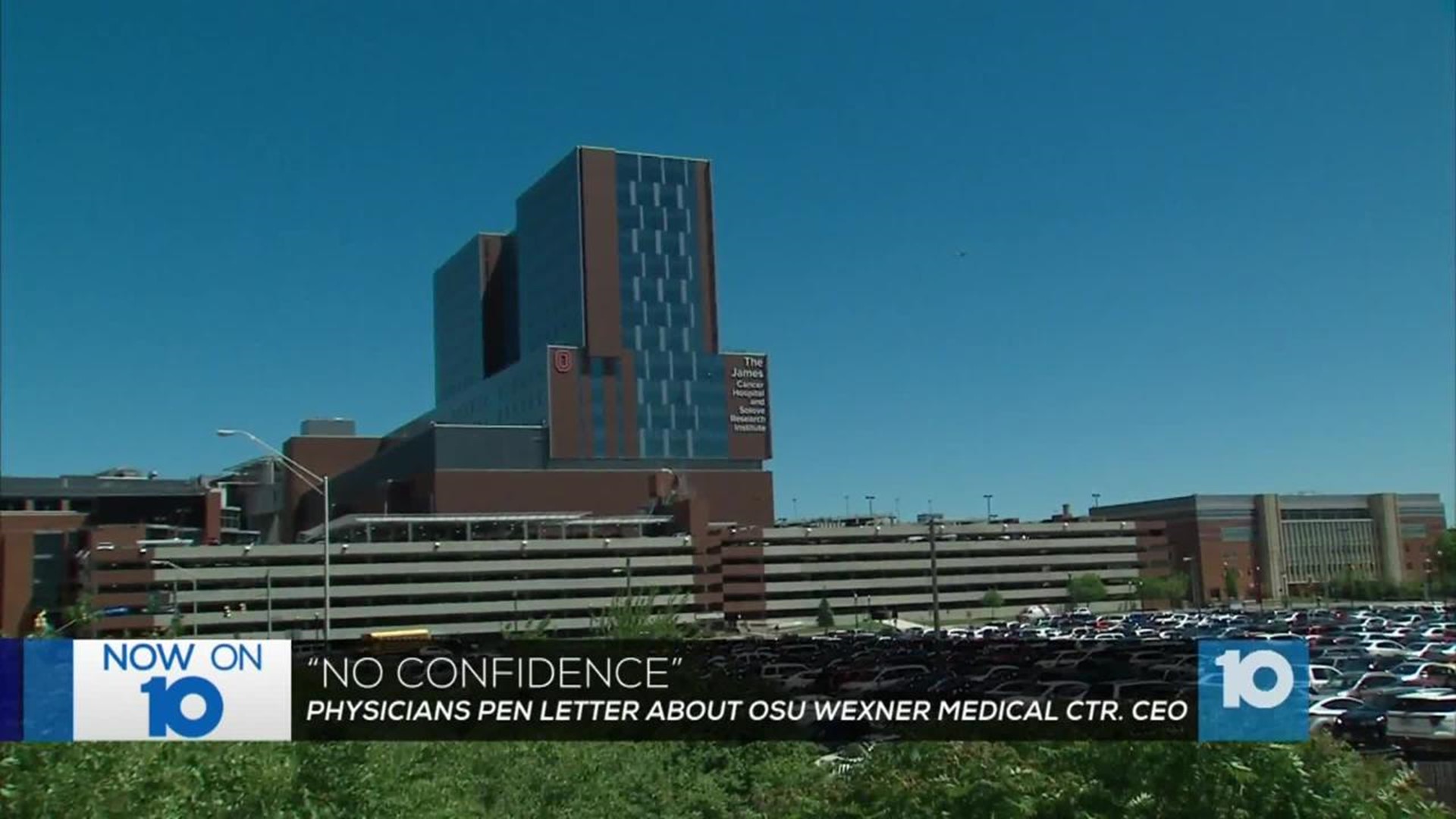 Dozens of doctors and professors have written letters expressing "no confidence" in the CEO of Ohio State's Wexner Medical Center.

10TV has obtained three letters from three different groups of doctors and staff members, including department chairs and senior leadership.

They all described problems with management and morale that they said are damaging care and endangering patients and issued a "Vote of No Confidence" in CEO Sheldon Retchin and his leadership team.

They accused Retchin of a "management style that is inconsistent with the University's values of excellence, integrity, transparency and trust" and of fostering a culture where physicians have been described as "lazy" and the program called "a complete mess."

It has led to what they call a "dramatic impact on morale" and "an increasing number of faculty resignations."

They said the consequences reach beyond the walls of the Wexner citing an ongoing shortage of doctors which in their words, "endanger(s) patient safety and lowers the quality of care," adding to the stress of remaining faculty.

The doctors also accused Retchin of trying to take over leadership of The James Cancer Hospital. Its leaders currently answer directly to the President of the University.

The doctors wrote, "placing any aspect of the cancer program under Dr. Retchin and or his team would be a fatal blow" to the success of the James.

In the first letter, 25 staffers who signed it said they represent many more employees, but limited the number signing out of concern for retaliation.

They complained of threats against faculty leaders who don't "get on board" with the plans of medical center leadership.

The second letter was signed by six department chairs, the third from the senior leadership at the Neurological Institute.

A spokesperson said Drake has already convened several meetings with those raising these issues.

In an email, Drake said he was committed to examining these issues carefully.

“The faculty, staff and administration of The Ohio State University Wexner Medical Center collaborate on a daily basis to provide high quality, safe patient care for the Central Ohio community. Our patient satisfaction scores rank in the top 10 percent for all hospitals nationally. Our patients clearly recognize that we put their care and their safety front and center in all that we do. Importantly, we have been recognized nationally by multiple organizations for the high quality care we provide. For the past four years, the competitive University Healthsystem Consortium has ranked us in the top 10 percent of academic medical centers in the nation for quality, safety, and patient satisfaction. In addition, The Leapfrog Group, a leading national organization in hospital safety, has awarded us with “A,” its highest grade, in both 2016 and 2017."