'Do anything to get home': Mother makes plea for missing 18-year-old daughter's safe return

Both Bell and her cousin, Holly Heath, said this isn’t like the 18 year old to leave and not come home. 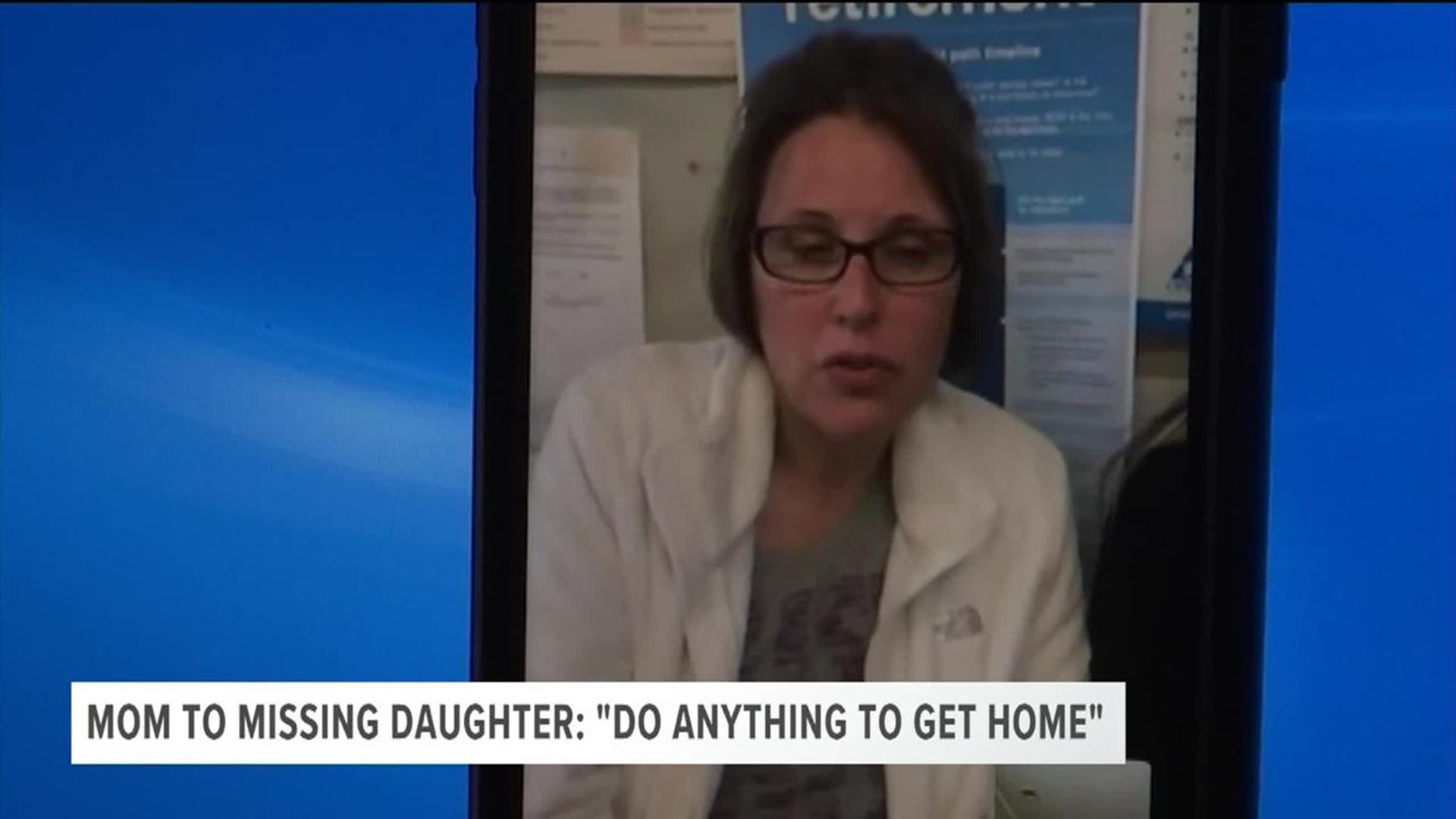 The family of a missing 18-year-old woman is making a plea for her safe return home.

“She is a sweet girl, she’s my only daughter. She’s a senior this year, this would be her senior week of high school, so we had a lot of events going on this week that she wouldn’t miss,” said Madison's mother, Melissa Bell.

Bell told 10TV her daughter left the home around 10 a.m. to go tanning at Country Corner Market on S.R. 28 in Highland County.

Both Bell and Madison's cousin, Holly Heath, said this isn’t like her to leave and not come home.

“She would always check in with me. If she was going to be late — five minutes — she would text me, 'mom don’t worry, I’m here and I’m going to be a few minutes late', she always did that so this is very not her,” Bell said.

Bell said she was cleaning when her daughter left to go tanning, but 45 minutes went by and she got concerned.

After minutes turned into an hour, she started calling her.

“I started texting and calling multiple times, she wouldn’t answer me back. Her boyfriend that lives at our house — he was home with us — he texted, he called, no answer and no reply. I tried to look on Find my iPhone and it was going back and forth between the tanning place and the church that is located right before you get to it,” Bell said.

That’s when she decided to drive there for herself.

“We get up closer to where the tanning is, we saw her car parked at Good Shepherd Church off of S.R 28 outside of Greenfield, Ohio, and we pull in. Her car's the only one in the lot. The windows are up. We go over and open her car door and it was unlocked, which was very abnormal,” Bell said.

That wasn’t the strangest part for them to see.

“Her phone was laying in the car, the keys were still in the ignition and I immediately panicked,” Bell said.

Heath said there’s many questions and they haven’t had many new updates.

The Highland County Sheriff said witness reports indicated there was a white vehicle in the church parking lot the morning Bell disappeared.

Bell said the Rescue 101 Search and Rescue team conducted a search Sunday night and Monday during the day.

“We have a couple hundred people and they are splitting them up in groups and providing maps and we’ll all be on foot,” Heath said.

She said they always were going to post fliers in Washington Court House, Hillsboro, Wilmington and all around the area where she went missing.

In a missing report sent to 10TV by the family, they said she was last seen wearing a T-shirt, black leggings or Star Wars pants and a black North Face jacket.

They said the community’s support means a lot to them.

“That’s just our community they always come together when something happens so they all just asked me what they can do and I said, just please keep your eyes, ears open. Look for her. Help find her. Anything you have to do, I’m just begging anyone who has seen her, heard from her, please contact the Highland County Sheriff,” Bell said.

As for her message to her daughter:

“Maddie, if you’re seeing this, if you've seen what’s going on or if you can see me now, please, do anything to get home," Bell said. "And whoever has her, I want you to know that we will find you."

Her family has created a Facebook page to bring attention to the case.

“We love her so much and we just want her — mom, who dearly loves her, her dad and all of her family. So please, if anyone has any concrete information please let us know or the Highland County Sheriff’s Office or the Facebook page,” Heath said.