"Disappointed and frustrated": No deal made to keep Crew in Columbus 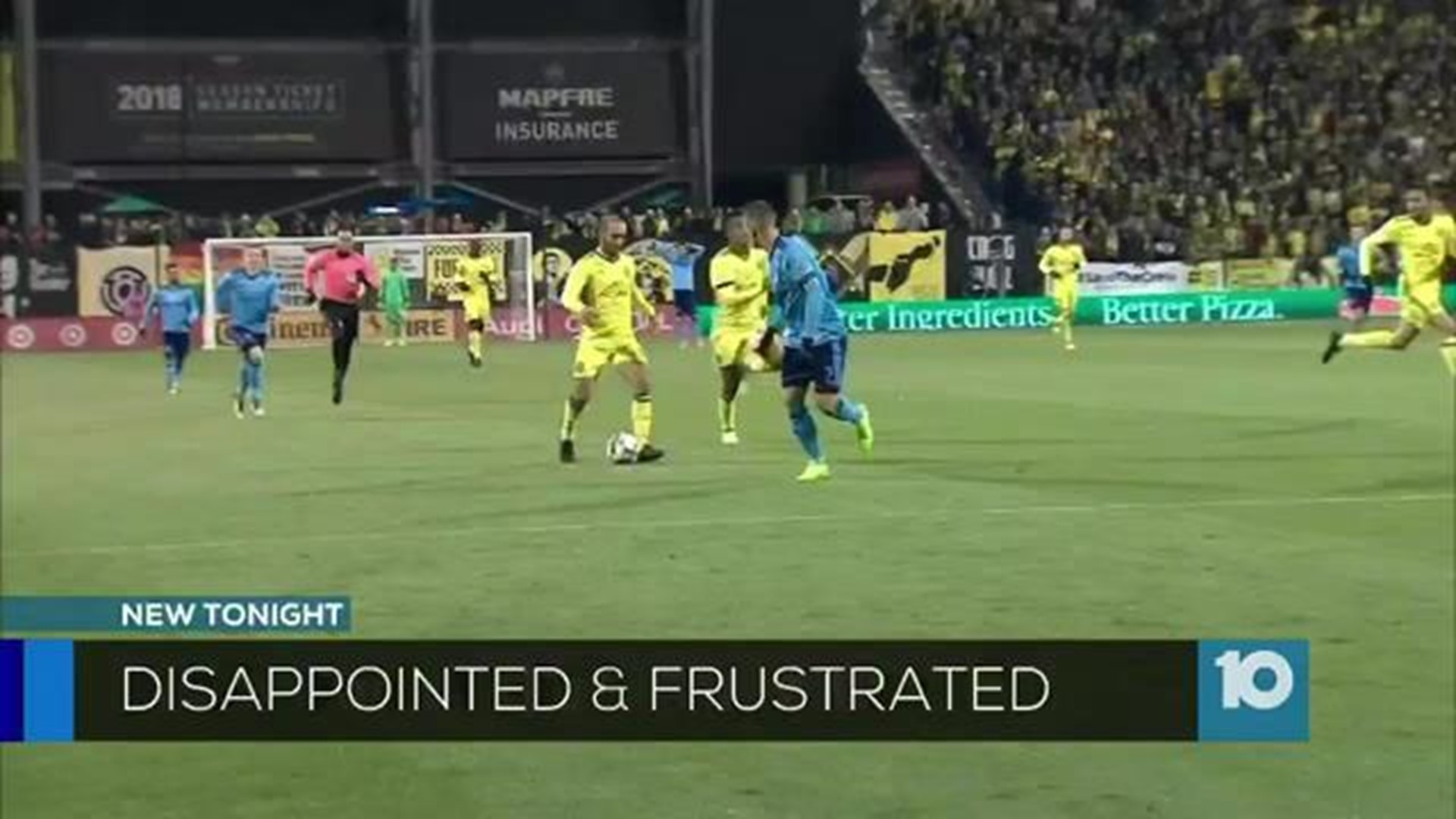 Mayor Ginther and Fischer released the following statement after the meeting:

"We met with Major League Soccer Commissioner Don Garber and Columbus Crew SC owner Anthony Precourt in New York today. It is clear the MLS and ownership did not come to the meeting willing to commit to staying in Columbus. We know this is heartbreaking for the dedicated fans in Columbus and across the country who have shown unwavering support for the Columbus Crew SC.

We are disappointed and frustrated. We were united in putting all options on the table, with the expectation in return that the MLS and ownership would cease pursuing moving the team to Austin. Great American cities do not get into bidding wars over sports teams to benefit private owners. Garber and Precourt were not willing to do that today.

Once the league and owner are committed to Columbus, we stand ready, willing and able to support the team’s success.

On November 21, standing alongside the best soccer fans in the country at MAPFRE stadium, we will be cheering Black and Gold onto victory. Glory to Columbus."

Precourt Sports Ventures released a statement saying it was similarly disappointed in the lack of plan Ginther and Fischer presented Friday.

“Precourt Sports Ventures and Major League Soccer met this afternoon in New York City with Mayor Ginther and Alex Fischer, at the request of the city, in anticipation of being presented an actionable plan and a legitimate offer that would advance efforts to improve Crew SC’s long-term ability to operate and compete in Columbus. Both PSV and the league entered the meeting with open minds, no demands and a complete willingness to listen and entertain concrete ideas or a meaningful proposal from the city’s representatives at the meeting.

We were extremely disappointed that no concrete offer or proposal was presented and that the City of Columbus then told us that it would not communicate with us past today.

Precourt Sports Ventures made a clear commitment to Columbus four years ago by purchasing 100 percent of Columbus Crew SC. In the meantime, despite successful efforts to reinvent the brand and improve the Club, market challenges for Crew SC in Columbus continue to mount.

Despite the city’s refusal to make a real offer and its decision to cease conversations, we remain open to a productive dialogue if the City of Columbus reconsiders. Columbus Crew SC remains focused on our quest to win MLS Cup.”

On Oct. 16, it was first made public the ownership of the Crew SC was looking to relocate the team to Austin, Texas.

Since then, the Crew SC has qualified for the Eastern Conference Finals with an aggregate win over New York City FC, local fans have staged rallies all over the city and some local businesses have tried to pool support for the team to stay in Columbus.

A spokesperson for Major League Soccer said the league would not be issuing a statement on Wednesday.

Morgan Hughes, a leader of the Save the Crew movement, released the following statement.

“Hey there Crew fans! I know you’re all a bit upset with how it appears the meeting went today between Columbus Mayor Andrew Ginther, the Columbus Partnership, MLS, and team ownership. This actually went exactly as one would expect when millionaires negotiate things.

“Don't get sucked into doom and gloom headlines--we are making a MASSIVE difference. The entire sporting world is with us. Hang in there, keep positive, and know this is far from over, it's just beginning. We are pursuing multiple avenues and conversations, working tirelessly every day to help #SaveTheCrew. We’re not even close to giving up.

“Now, it is critical that we turn our focus to Tuesday. EVERYONE will now surely be watching to see how we react to this news. We're going to react like charter members, champions, cup winners, and the home of DOS A CERO. Columbus is home to soccer in the United States, and Columbus will always be a soccer city.

“I’ll see you all Tuesday at MAPFRE Stadium to cheer on the hometown team in the MLS Playoffs in front of a sell-out crowd.”