A man with a disability was trying to get home the first weekend of protests and drove through Broad and High Streets. 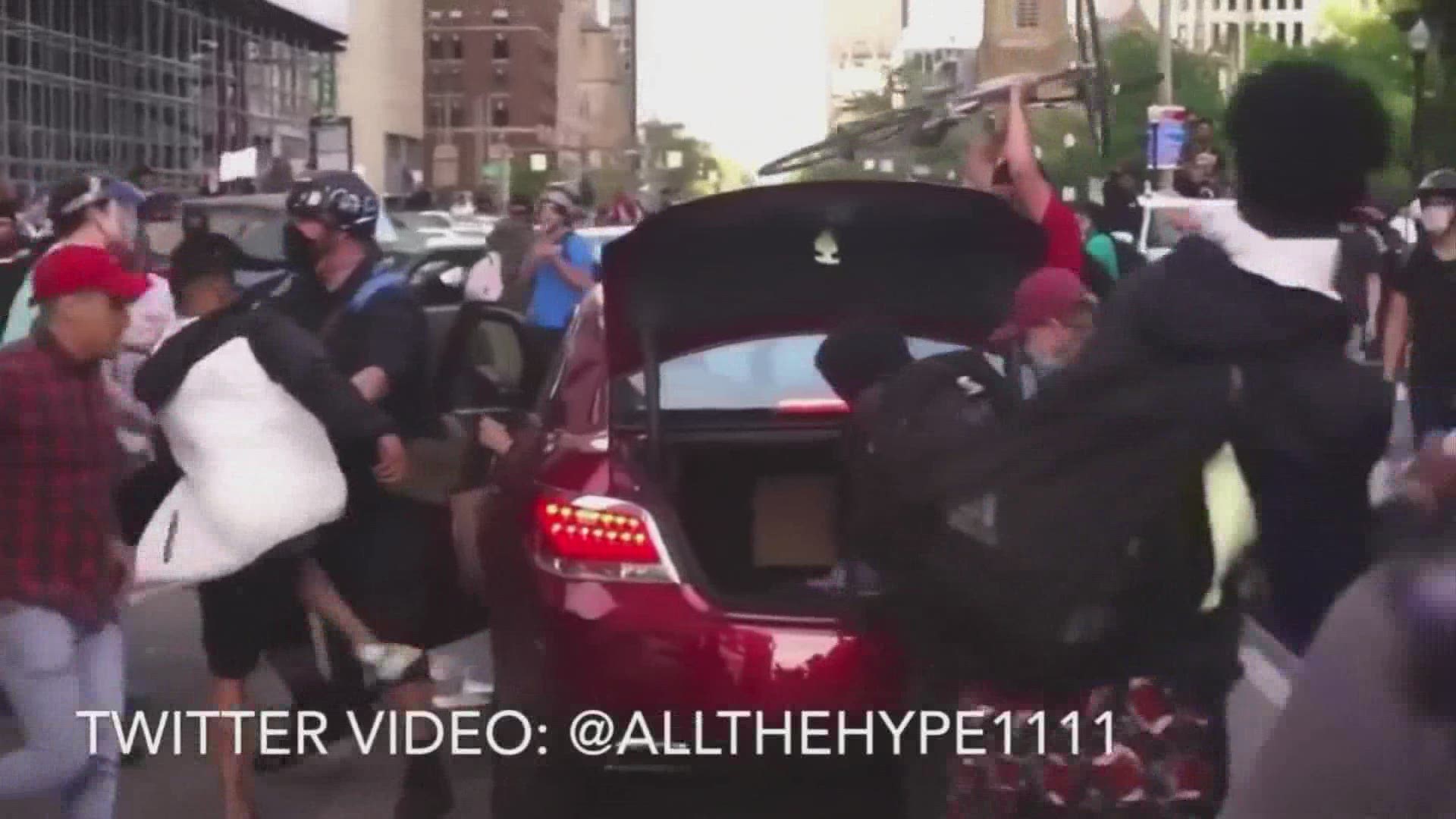 A man with a disability trying to get home the first weekend of protests in downtown Columbus drove through Broad and High Streets, not knowing the crowd he would encounter.

He was surrounded, and his car was destroyed.

“It scared the life out of me. I thought they were going to kill me,” said Eldon Hawkins.

Hawkins has a warm smile, a sense of humor, and cerebral palsy.

“I was at the intersection, and I got the green light. I was trying to toot my horn, thinking 'hey guys, look at the light,’” Hawkins explained.

It was on Sunday, May 31 Hawkins drove to get dinner and flowers, and unknowingly drove to Broad and High, right into the group of protesters.

“Next thing I knew they threw a bicycle into my windshield and started kicking all over my car,” Hawkins said.

Hurst was at the intersection, trying to document everything when he saw the crowd surround Hawkins car. His video shows when people took bikes and other objects, and smashed out the windows and hood of Hawkin’s car.

“Reacted with a lot of anger and hate until soon after they realized this gentleman is handicapped,” Hurst said.

Hurst explains that's when a group of good Samaritans pulled Hawkins from the car to safety.

Now Columbus police are asking for more help in identifying who is responsible for the damages, and stealing things out of Hawkin's car.

“I think it's a horrible shame. People can protest, and we all have that right, there is a right and wrong way to do it,” Hawkins said.

There was more than $8,000 worth of damage to Hawkin's car. His church, and some people at the protest raised money to help him cover some of the costs.

If you have any information, or recognize anyone in the video, you are asked to call Columbus police.