'People are dying because of it': DeWine looks to strengthen Ohio's distracted driving laws

According to the Ohio State Highway Patrol, since 2013, more than 100,000 distracted driving crashes have occurred in the state, causing more than 53,000 injuries. 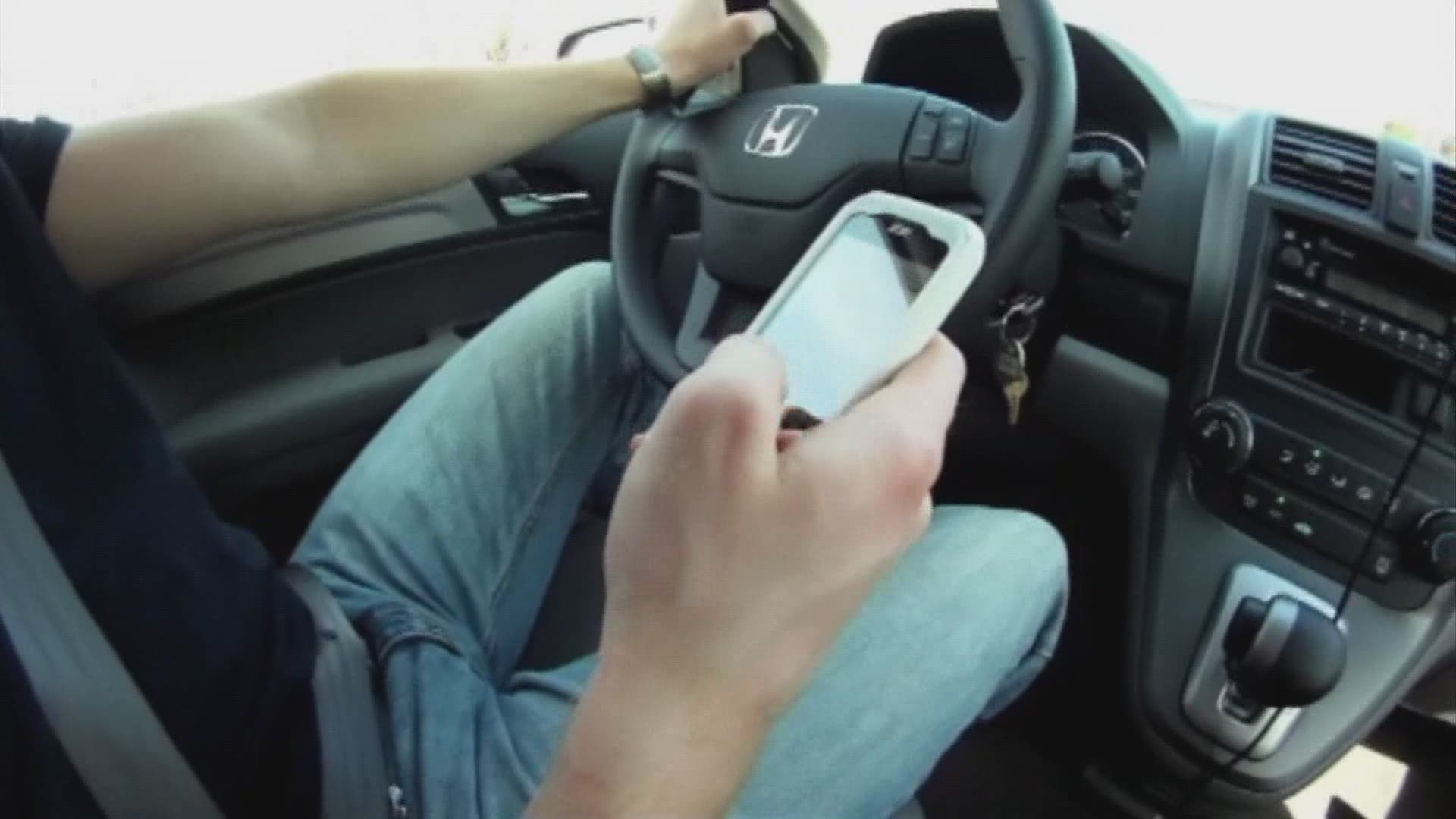 COLUMBUS, Ohio — Gov. Mike DeWine is including provisions in his budget proposal that would strengthen the state's distracted driving laws.

According to the Ohio State Highway Patrol, since 2013, more than 100,000 distracted driving crashes have occurred in the state, leading to more than 53,000 injuries.

The Hands-Free Ohio plan would make handling any electronic device a primary offense for adults and would increase the fines for those repeatedly caught using devices while driving. If a driver using a device causes serious injury or death, the penalties could be similar to drunk driving.

As it stands, law enforcement can't stop an adult from using a phone while driving unless the driver commits a primary offense, such as running a red light. Using a hand-held device for any purpose is a primary offense for drivers under 18.

The Hands-Free Ohio provisions would prohibit the following actions while driving:

Of course, there would be exceptions for emergencies, among other things. The Hands-Free Ohio provisions would also include a six-month warning period and The Ohio Department of Transportation would install road signs to alert drivers from other states of Ohio's rules.

10TV interviewed Philip Renaud, the executive director of The Risk Institute at The Ohio State University. The group has done extensive research on distracted driving, including what it looks like and why people do it.

"I refer to it as an epidemic and it's an epidemic that's not improving," Renaud said. "There is this overestimation that I'm a better driver than you are, so therefore, it's OK for me to drive distracted."

"Hands-free legislation is doing something to save lives," he said.

Ohio is one of four states without Hands-Free laws. According to the National Highway Traffic Safety Administration, several states have seen a decline in driving deaths within two years of passing similar provisions.

"We're not going to legislate our way out of some of these problems," he said. "We've got to try to start at young ages to say this is bad behavior - it's risky behavior. I know you may believe you are a great driver, but if you take your eyes off the road for only seconds, that could end in disaster."

10TV is committed to putting an end to distracted driving. You can learn more about Maria's Message here.