The distribution and installation of 1,550 new cameras and 1,221 new in-car systems began this month. 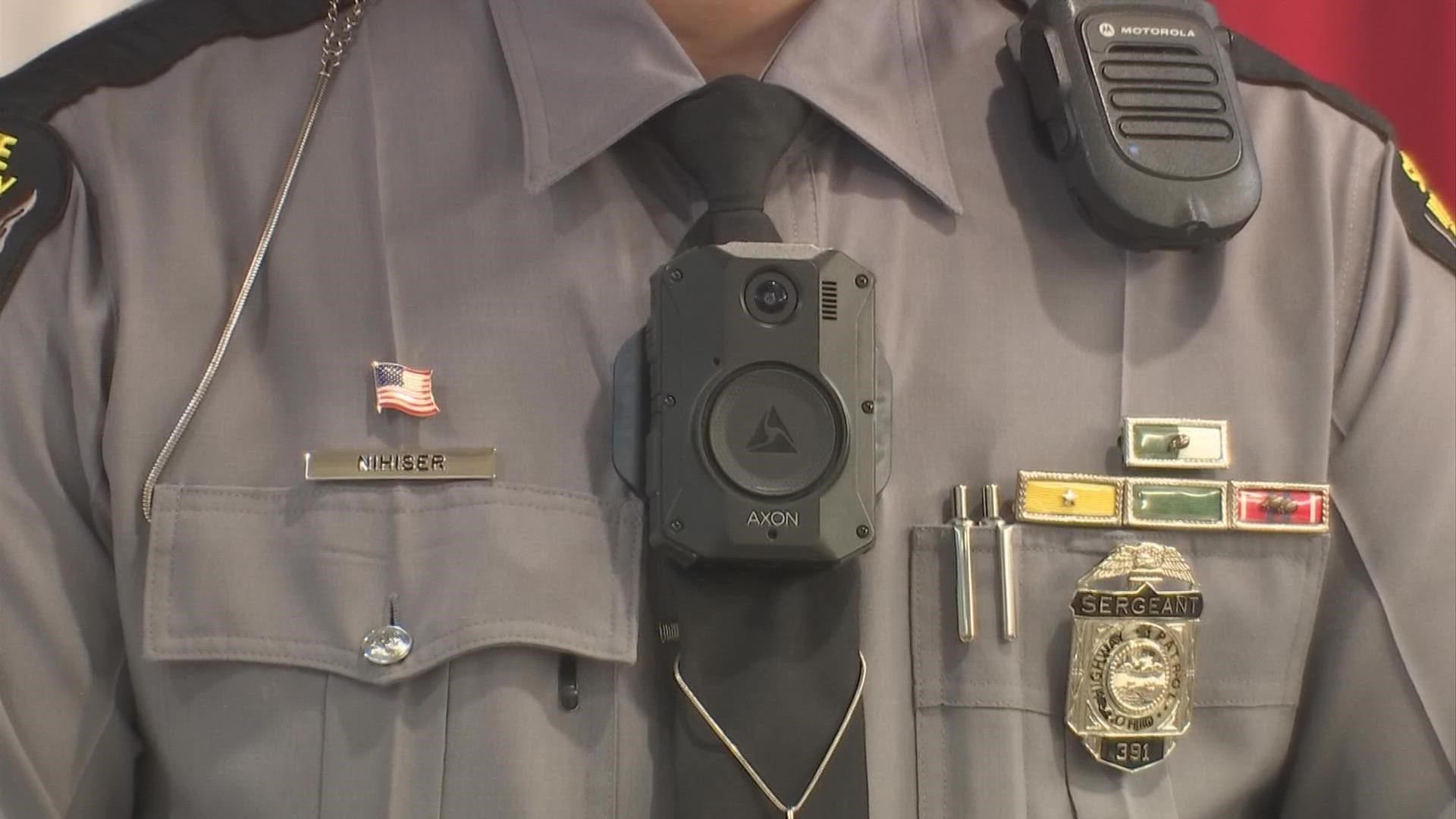 The distribution and installation of 1,550 new cameras and 1,221 new in-car systems began this month.

According to the governor’s office, DeWine directed OSHP to invest in body cameras to better protect troopers, aid in crime scene and accident scene documentation and support the patrol’s commitment to public transparency.

"The Patrol has been using in-car cameras for decades, but as technology continues to advance, body cameras have become an essential tool for policing," said DeWine. "By investing in these cameras, we're not only giving our troopers the tools they need to better protect the public, but we're also giving the public another reason to have confidence in the professionalism of the Ohio State Highway Patrol."

The new cameras will link to the new in-car systems to ensure that all records simultaneously when lights and sirens are activated.

The systems, which are being installed first in districts with the oldest current in-car cameras, are expected to be fully installed in all districts by May 2022.

"Today’s announcement is another example of our commitment to transparency," said Col. Fambro. "Our troopers have been working in front of a camera for over 20 years. The addition of body-worn cameras is an enhancement to our current video capabilities."

OSHP staff evaluated multiple systems based on audio and video quality, ease of use and compatibility with the current network interface, according to DeWine’s office.

The total cost for the camera package, which includes equipment, storage, installation, maintenance, training, and other operational costs, is approximately $15 million over the next five years.

The expense is being paid for through OSHP's operating budget.