A Los Angeles massage therapist is the latest woman to accuse Watson of sexual misconduct, according to a lawsuit filed by attorney Tony Buzbee. 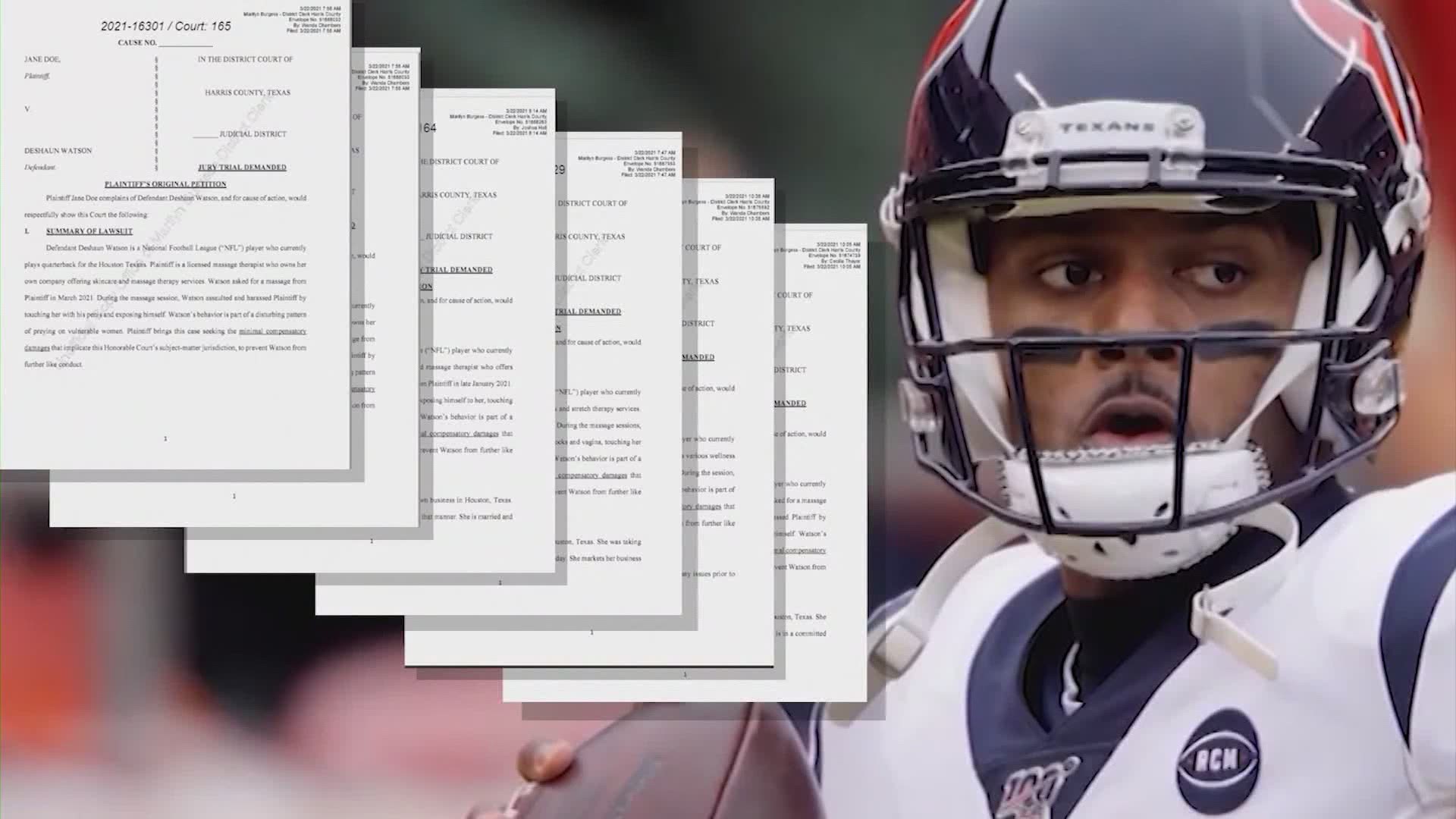 HOUSTON — The latest lawsuit filed against Houston Texans quarterback Deshaun Watson describes the athlete as a “serial predator,” according to court documents.

A Los Angeles massage therapist, who has several years of experience working with professional football players and high-profile athletes, is the latest woman to accuse Watson of sexual misconduct. She is also the second person from out of state to make such claims.

As of Tuesday, attorney Tony Buzbee has now filed at least 14 lawsuits against Watson. Read details from the other lawsuits.

According to the newest lawsuit, Watson sent the woman a direct message on Instagram inquiring about her services in July 2020. The NFL star reached out complaining of back pain and they arranged to meet at a house in Beverly Hills, the lawsuit said.

During the session, the lawsuit alleges Watson brought the therapist to a room and locked the door behind them, prompting her to grab her mace. She claims Watson “chuckled” and the session proceeded seemingly as normal until she returned from the bathroom.

That’s when, according to the document, Watson become increasingly aggressive in his request and instructed her to touch him in sexually inappropriate areas. He is also accused of exposing himself during the session.

The lawsuit alleges Watson told the woman not to talk about the appointment, which she saw as a threat.

Watson is accused of reaching out to the same woman again in December 2020 about scheduling a second appointment in Chicago, but court documents said she didn’t respond.

Last week, Buzbee announced several women with similar allegations had reached out to him about filing lawsuits against the Texan. The attorney plans to present his affidavits and evidence to the Houston Police Department and Harris County District Attorney's Office to see if criminal charges are warranted.

An HPD spokesperson said they won't comment on the case unless there's a charge or arrest. The DA's Office said the same.

Watson called the first lawsuit “baseless,” and his attorney Rusty Hardin has denied the allegations, calling them "meritless."

At this time, Watson has not been charged with a crime.