To Claudia and Cole Simon, their two Goldendoodles mean everything to them. 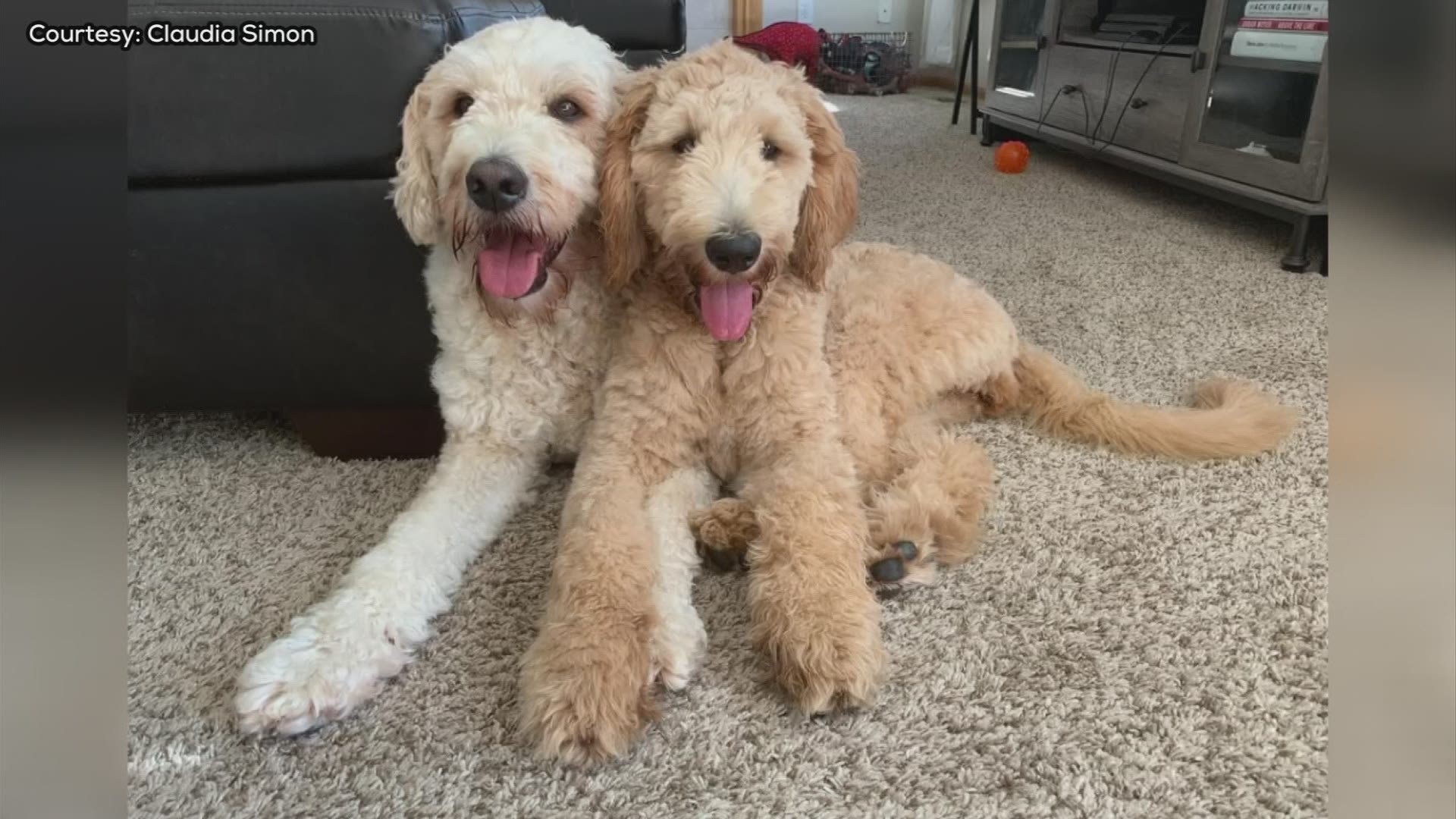 To Claudia and Cole Simon, their two Goldendoodles mean everything to them. Graham is 4-years-old and Ellie is almost 7 months.

Claudia said she just got Ellie at the beginning of this year. She’s been a huge help through the challenges they’ve faced this year, especially because of COVID-19.

“I haven’t spent a single day away from Ellie until this happened. She is the most bouncy playful puppy you could probably ever get,” Claudia said.

Over Labor Day weekend, she said she took them to a local dog park in Columbus and they then visited family. She said the family she visited did not have dogs, so it was just hers playing together.

“That Monday, she was extra lethargic. This was very out of the norm for her, even though normally you know she’ll nap, she’s potty trained to ring a bell, she would normally ring the bell I would say 10 times plus a day, she loves being outside,” Claudia Simon said.

She said Ellie stopped eating and drinking, even when given her favorite snacks. Then something horrific happened, that Claudia said almost made her pass out.

“About 3:30 in the morning, I heard what sounded like a faucet turning on, you know a faucet leaking. I walked out to the top of our stairs and Ellie was just kind of standing there paused and there was just a puddle of blood on the ground. It was nothing more than blood, there was no stool, it had the smell of a GI bleed,” Claudia said.

The pup was rushed to MedVet and later tested positive for parvovirus.

“It is a very stable virus that can live in the environment for a long time, which makes it very difficult to disinfect and actually get rid of it. So that’s why dogs pick it up so easily because it can dormant or in the soil and you might not even know it,” Dr. Kimberly West said.

We spoke with Dr. West, a veterinarian and owner at Health and Harmony Animal Hospital, to find out more about the virus.

“It’s a GI disease where there’s just this real destruction of the lining of the gastrointestinal tract in the intestines and it’s painful and really the only way to treat these guys is supportive care,” Dr. West said.

She said there are signs to look for.

“You want to watch for vomiting, diarrhea, lethargy, not eating,” Dr. West said.

Dogs can catch the virus from other dogs who have it or are shedding it.

“They shed the virus through their stool,” Dr. West said.

Claudia said one of the worst parts is not knowing exactly where Ellie got it from.

“That can be dog parks, anywhere you can find a dog going to the restroom, there’s a potential for parvovirus to be n the environment there,” Dr. West said.

Claudia also questions how her pup got it when she was fully vaccinated at the right age through her local vet.

“For most dog parents, when you take your fully vaccinated dog to a dog park, that shouldn’t be something that you are wary about,” Claudia said.

She said right now the medical bills are piling in, but she said they would do anything to make sure Ellie gets better. The family has started a GoFundMe account.

Ellie is going on day three of being at MedVet. Claudia said a big concern was when her white blood cell count dropped extremely low. Ellie is on an IV drip, antibiotics and is in isolation with a cone.

Claudia said she gets pictures sent to her all the time, which helps them feel better.

“As of this morning, we did get some good news, her white blood cell count is trending upward; she’s eating in small amounts,” Claudia said.

She hopes that by sharing her story, she can help other families spot the signs right away.

Dr. West said it’s best to immediately seek care, whether from a local veterinarian or a nearby animal hospital.

The local vet who vaccinated Ellie is in touch with the vaccine manufacturer to see what might have happened and how to help the Claudia family.