Delaware County investigators said they have found at least 20 victims of possible fraud that has come from a several month-long investigation. 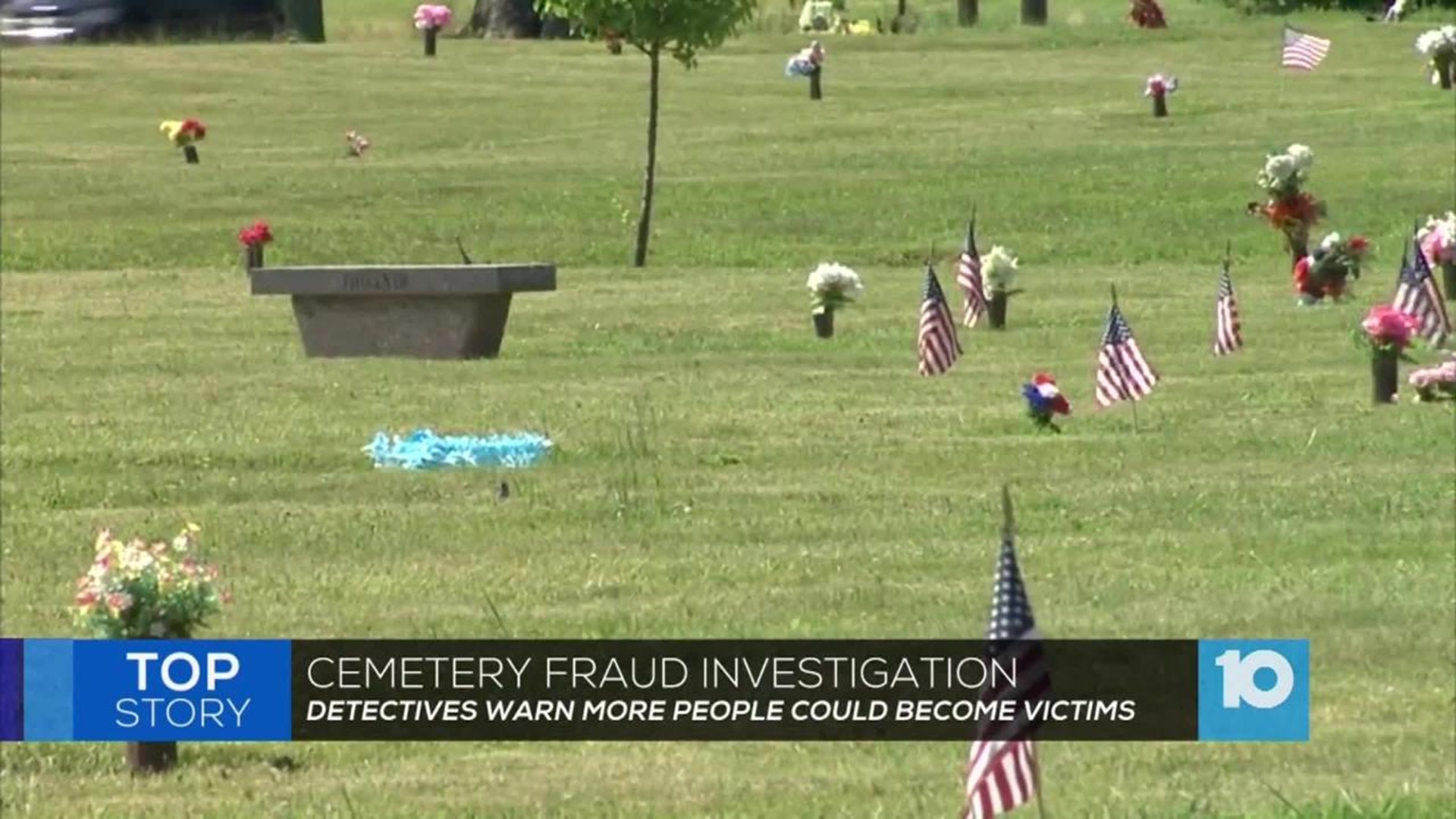 Delaware County investigators said they have found at least 20 victims of possible fraud that has come from a several month-long investigation and there could be more. Detectives are looking into the owners of Fairview Memorial Park cemetery for theft, fraud and deception.

The cemetery is located in the county along US 23 on Columbus Pike and now investigators say Ted and Arminda Martin are soliciting their clients for additional sales door to door.

"This is another unmarked grave, a case that we're reviewing,” Delaware County Detective Christina Burke said.

Almost every time Detective Burke steps foot onto Fairview Memorial Park, someone else approaches her about problems at the cemetery.

"Mostly they're waiting for grave markers, and a couple of them, have been years,” Burke said.

Detective Burke is three months deep into an investigation on the owners of Fairview Memorial Park cemetery in Delaware County.

She said Ted and Arminda Martin have been taking cash from clients for plots, headstones and grave markers and not delivering the products.

It happened to Linda Reda. She’s been waiting four years for her marker.

"I just hope they can get to the bottom of it and get our markers out there, it's not fair that we pay this money and they don't do anything,” Reda said.

Reda says she paid the Martins $1,400 for her own grave marker so her children wouldn’t have to worry. She said mowers damaged the marker in 2012 and it has not been replaced.

Detective Burke said other clients haven’t seen anything at all, while more problems like stolen vases and damages from mowing have been reported.

"That's why I bought it ahead of time, so they wouldn't have to deal with the marker and stuff if something happens to me,” Reda said.

Reda said she doesn’t know what to do next, but she’s counting on investigators and so are the 20 plus victims in this case across central Ohio. She says she won’t go to the cemetery to check for her marker anymore.

Even more upsetting to Reda, the Martins own two more cemeteries. They own Grandview Memorial Park in Portage County, Ohio and Suburban Memorial Gardens in York County, Pennsylvania.

Delaware County detectives say the couple has been indicted on charges in Portage County, and charged in York County for similar crimes.

"They wanted everything taken care of before they pass away so their family doesn't have any burden and at this point those things haven't happened,” Burke said.

County investigators warn clients to be highly suspicious and call police if the Martins solicit face to face. They also ask anyone who has experienced an issue with their contract with the Martins to come forward.