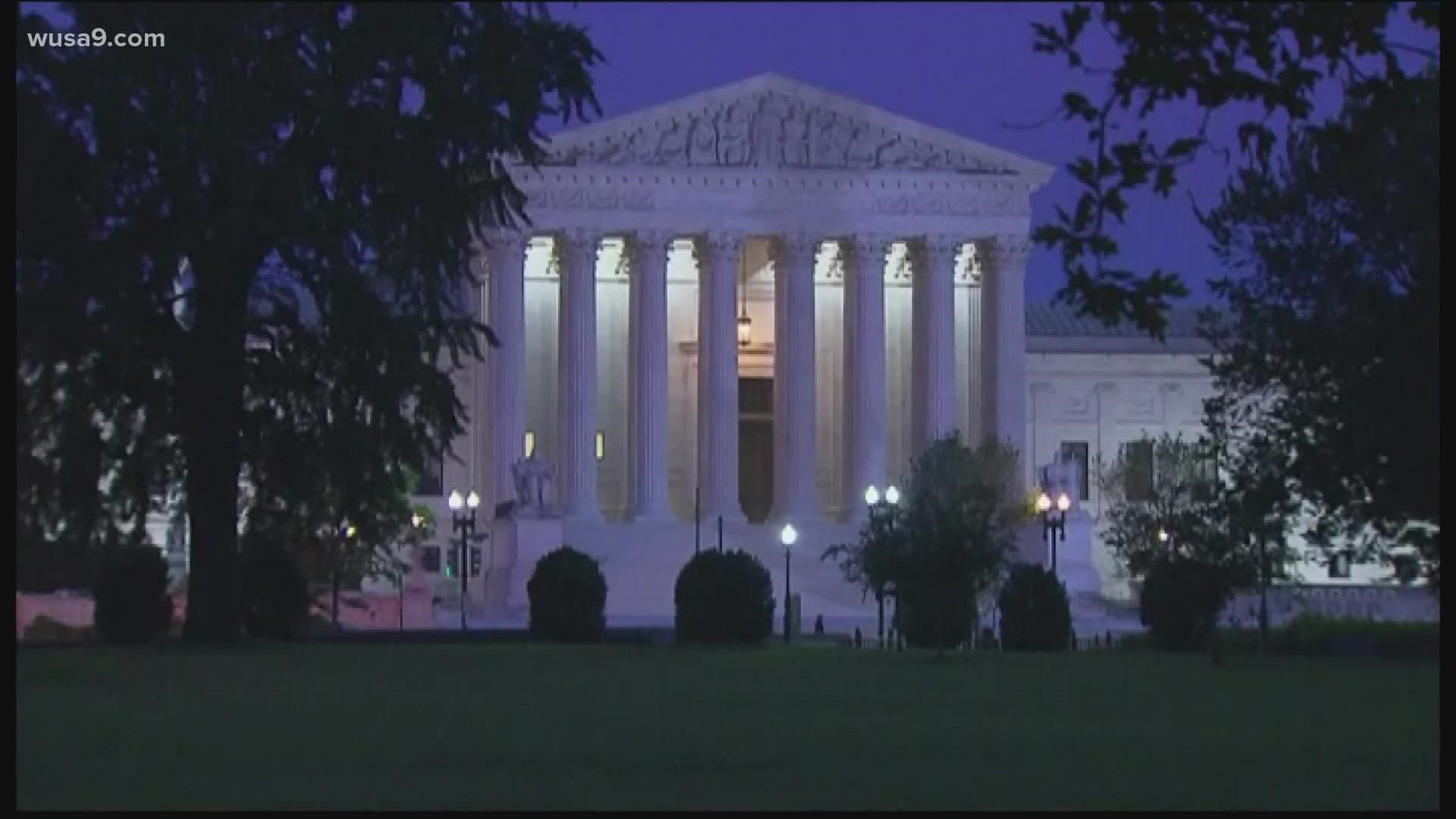 A case from Mississippi presents a direct challenge to the court's major decisions over the last half-century that guarantee a woman’s right to an abortion nationwide. A case from New York could expand gun rights in the United States and involves the right to carry a firearm in public. Parents in Maine are suing over the state’s exclusion of religious schools from a tuition program for families living in towns that don’t have public schools.

Here's a closer look at those and a few other notable cases:

Dobbs v. Jackson Women’s Health (19-1392) is a direct challenge to Roe v. Wade and Planned Parenthood v. Casey, the Supreme Court's major decisions over the last half-century that guarantee a woman's right to an abortion nationwide. Lower courts blocked Mississippi's ban on most abortions after 15 weeks of pregnancy, but a more conservative Supreme Court has agreed to review those rulings. Abortions would be banned in a dozen states and severely restricted in about a dozen others if the justices were to overrule their earlier abortion decisions. Arguments are Dec. 1.

New York State Rifle & Pistol Assn. v. Bruen (20-843) is a case that could expand gun rights in the United States and involves the right to carry a firearm in public. It is also the court’s first foray into gun rights since Justice Amy Coney Barrett joined the high court, making a 6-3 conservative majority. The case involves New York's restrictive gun permit law. New York state is among six states that limit who has the right to carry a weapon in public. Arguments are Nov. 3.

United States v. Zubaydah (20-827) and FBI v. Fazaga (20-828) are two cases that involve what the government claims are “state secrets,” information that if disclosed would harm national security. The first case the court will hear involves a Guantanamo Bay detainee who a lower court said was tortured in CIA custody. He's seeking information from two former CIA contractors. Arguments are Oct. 6. The other state secrets case involves a group of Muslim residents of California who allege the FBI targeted them for surveillance because of their religion. The group's claims were dismissed at an early stage after the government cited state secrets, but an appeals court revived the case. Arguments are Nov. 8.

Carson v. Makin (20-1088) is the court's latest case over discrimination based on religion. Parents in Maine are suing over the state's exclusion of religious schools from a tuition program for families who live in towns that don’t have public schools. The court has issued a string of rulings in recent years in favor of churches and families challenging state restrictions on taxpayer money going to religious institutions. Arguments are Dec. 8.

United States v. Tsarnaev (20-443) is the Biden administration's effort to have the death sentence reinstated for Boston Marathon bomber Dzhokhar Tsarnaev. An appeals court threw out the sentence, but not the convictions, for Tsarnaev's role in the 2013 bombing that killed three people near the finish line of the Boston Marathon. Arguments are Oct. 13.

Federal Election Commission v. Ted Cruz for Senate (21-12) is a challenge by Sen. Ted Cruz, R-Texas, to rules about limits on repaying a candidate for federal office who loans his or her campaign money. Cruz made a loan to his campaign above the limit of $250,000 expressly to challenge the law. He won in a lower court. Arguments haven't been scheduled.

RELATED: 'The women out here are afraid' | Thousands attend Women's March in DC as abortion cases get national attention