Hotel Harrington to close ahead of planned MAGA rally

The hotel announced on its Facebook page that it would be closed Jan. 4-6. 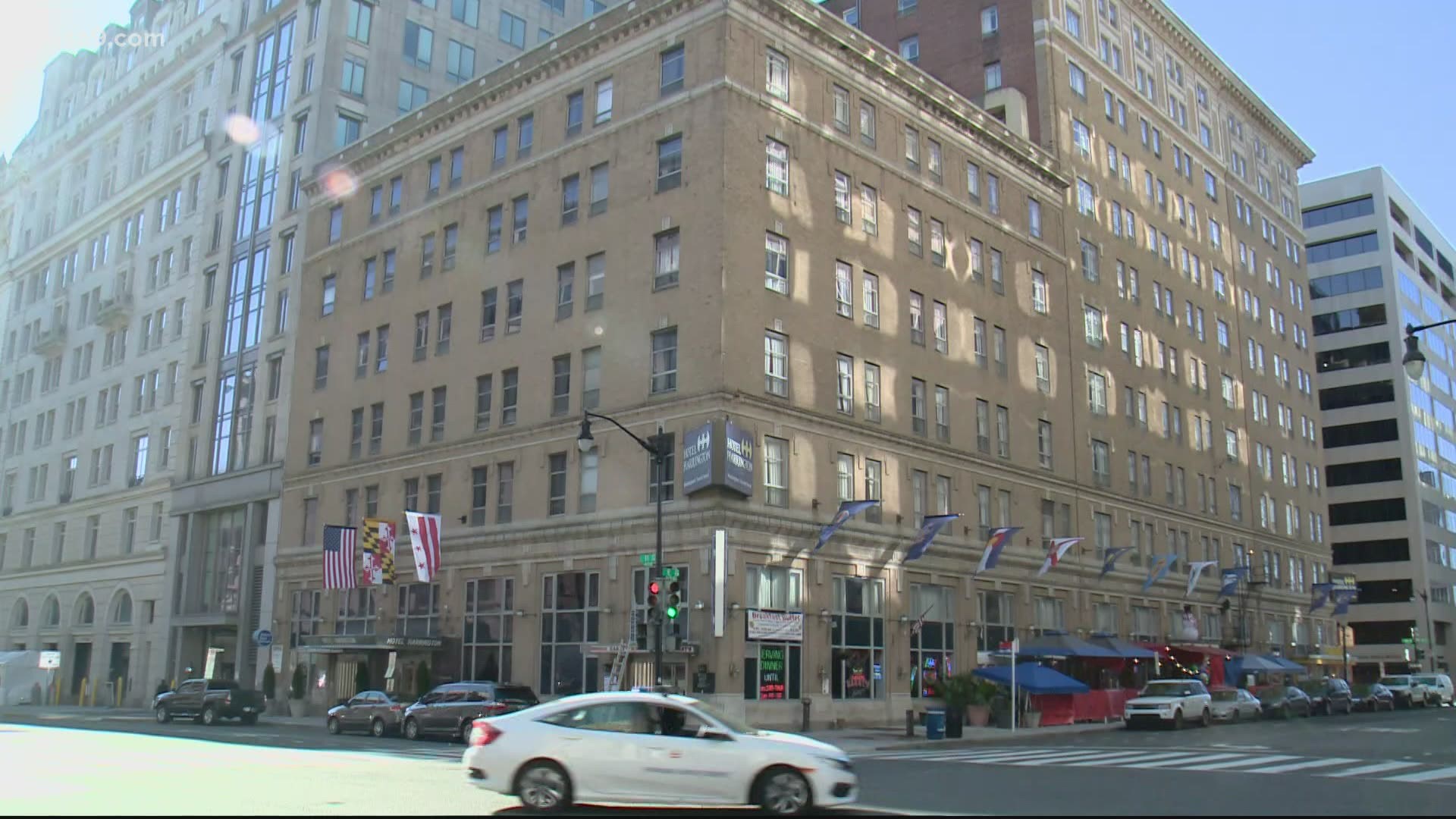 WASHINGTON — The Hotel Harrington has announced it will be closed January 4 through January 6, according to a statement on the business's Facebook page.

Harrington is D.C.'s oldest continuously operating hotel is one of the most affordable in the District and just five blocks from the White House.

Harry's Bar, located inside the hotel, posted on its website that it will be also be closed on January 5 and 6.

The Alcoholic Beverage Regulation Administration (ABRA) fined Harry's two days in a row for violating the District's Phase 2 COVID-19 restrictions. The establishment had already received a verbal and written warning for similar violations on Oct. 7 and Oct. 10.

The news of the closure comes as supporters of President Donald Trump's unfounded claims of election fraud plan a third rally in D.C. on January 6, the same day Congress will count electoral college votes.

The Washington Post reports the Hotel Harrington has become a hangout for the right-wing militant organization the Proud Boys.

RELATED: 'Proud Boys' have history of violence in DC region

The Hotel Harrington's statement cites concern for everyone's health and safety as reason for the closure.

"While we cannot control what happens outside of the hotel, we are taking additional steps to protect the safety of our visitors, guests and employees," the statement reads.

Trump supporters are planning a rally on Jan. 6, the same day Congress is set to officially approve the 2020 election results, according to a flyer on the Trump March website.

The organization's website said they plan to "demand transparency and protect the election integrity" after President Trump warned via Twitter that there would be a "very big" and "wild" protest on Jan. 6 after he refuses to concede due to unfound allegations of election fraud.

Conservative group Women for America First is expecting about 5,000 people to attend the rally starting at noon at Freedom Plaza. The group was also behind the "March for Trump" rally this month and the "Stop the Steal" rally in November that led to a night of violence in the nation's capital.

The U.S. Park Service has not yet approved the organization's request to hold the protest.

In accordance with the 12th Amendment, Congress is expected to hold a joint session on Jan 6 to count the electoral college votes and declare President-elect Joe Biden as the presidential winner.

RELATED: 'Be there, will be wild' | Pro-Trump protest expected on day Congress set to certify 2020 election results