D.C.'s public safety is subject to the whim of the president without DC statehood, some lawmakers say. 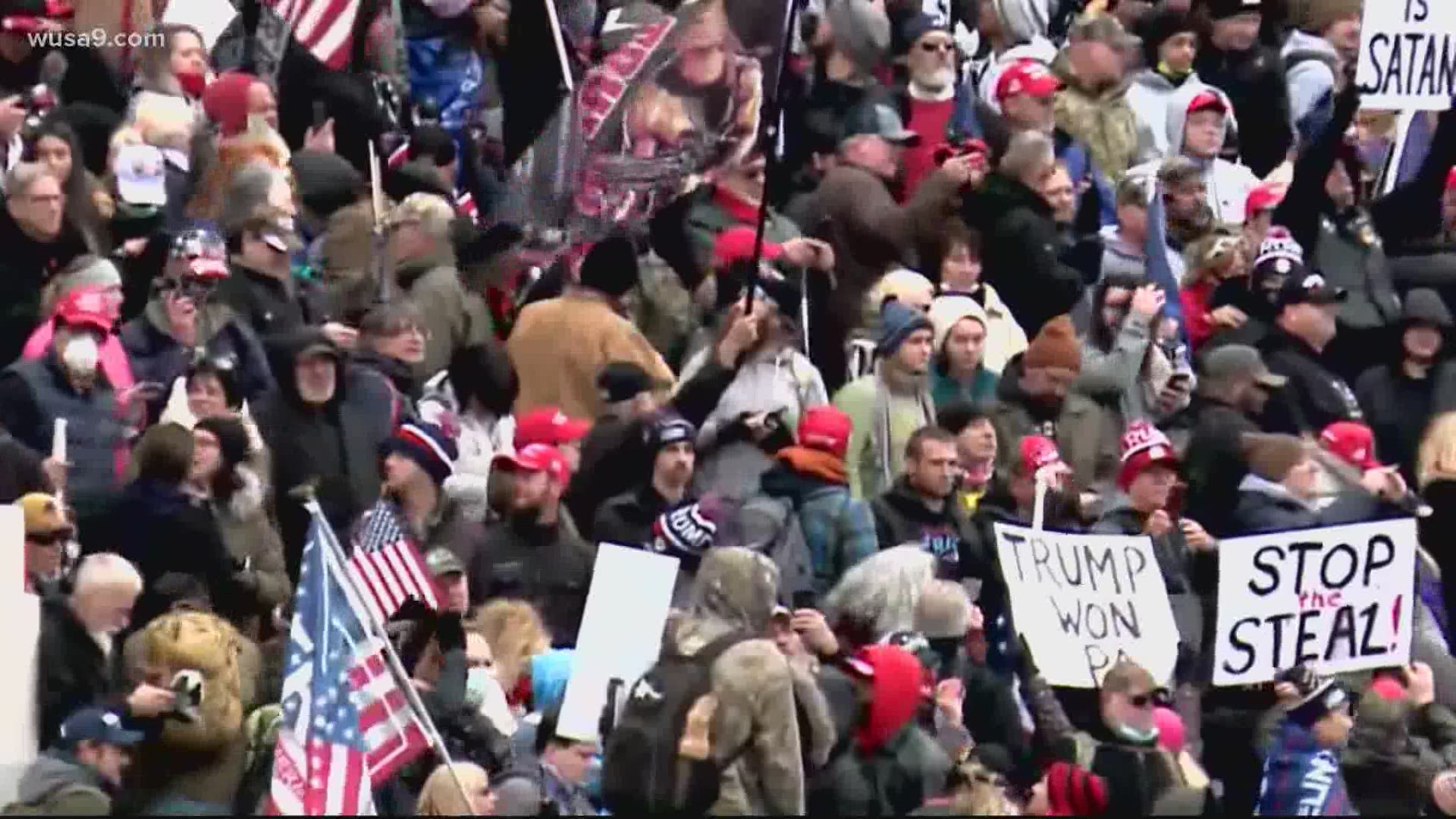 WASHINGTON — Lawmakers have renewed calls for D.C. statehood after pro-Trump rioters stormed the Capitol building Wednesday. Many have questioned the police response when the U.S. Capitol was breached.

Guard troops from D.C.'s border states moved into D.C. Wednesday after the Department of Defense initially denied additional D.C. National Guard troops to be deployed to the Capitol, according to the DC Council in a statement to WUSA9.

RELATED: 'The cavalry should have been coming' | Security at U.S. Capitol questioned after insurrection by pro-Trump mob

If you grew up in DC, live in DC or recognize the U.S. Capitol as a sacred symbol of democracy, yesterday’s attack felt personal and left many unanswered questions.

“Wednesday’s riot makes clear once again that D.C. statehood must become a reality and that the District must have the power to deploy the National Guard when the need is present,” Maloney said.

Proponents of D.C. statehood came closer than ever before in 2020. In February, HR 51 passed on party lines out of the House Oversight Committee. And in June, House Majority Leader Steny Hoyer (D-MD) brought the gavel down after approval of the historic vote on the House floor which sought to establish Washington, Douglass Commonwealth as the 51st state of the United States.

Following Georgia runoff elections won by Democrats Raphael Warnock and Jon Ossoff, the U.S. Senate will be locked in a 50-50 tie between Republicans and Democrats. Vice President Kamala Harris will hold the tie-breaking vote.

“The violence we witnessed Wednesday in our nation’s capital was unprecedented and extreme and has left our citizens reeling, especially those who call Washington, D.C. home," Sen. Tom Carper said. "It also underscored the importance of DC statehood and made it crystal clear why DC officials must have full control over their city’s own security and police force to secure the public safety of its residents."

House Speaker Nancy Pelosi issued a statement vowing to again bring the measure on D.C. statehood to a full vote in the House of Representatives this year.

RELATED: Gov. Hogan: Leaders of Congress 'pleaded' with Maryland to send aid to the Capitol