Day 4 of Golsby Trial: Jurors shown police interview with Golsby after his arrest

During the interview, Golsby admitted that he kidnapped, robbed and raped Reagan Tokes, but denied killing her. 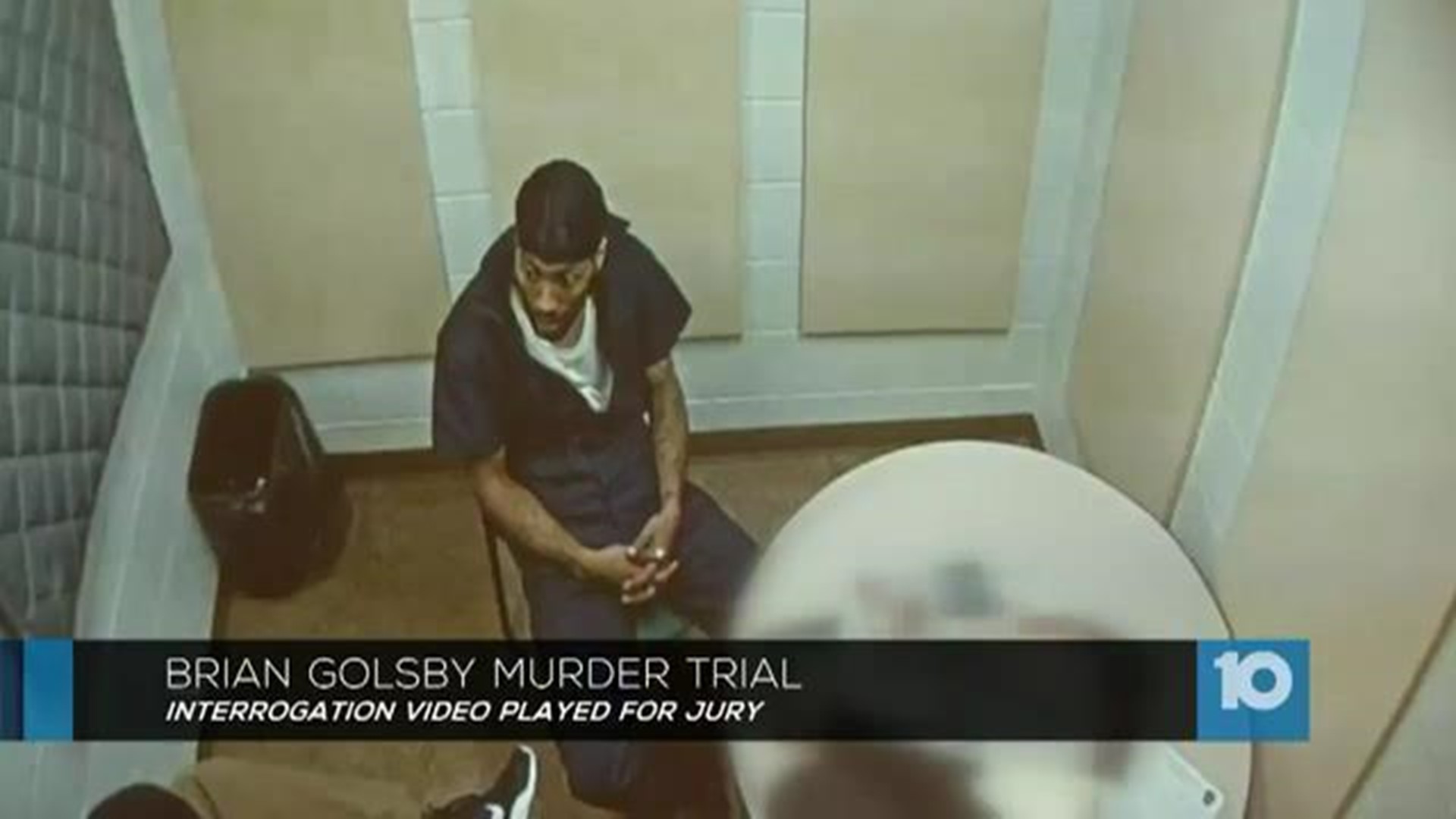 For more than three hours, jurors listened to a police interview with Brian Golsby during the fourth day of his capital murder trial.

During the interview, Golsby admitted that he kidnapped, robbed and raped Reagan Tokes, but denied killing her.

“I did not kill nobody,” Golsby told detectives with the Grove City Police Department.

Her body was found February 9, 2017 in Scioto Grove Metro Park. She had been shot twice in the head.

Over and over again, he said the same thing.

Golsby, a convicted sex offender, is accused in the kidnapping, rape and murder of Tokes, a senior at OSU who was just three months shy of graduating when she was killed. Golsby has pleaded not guilty.

He had been released from prison three months before Tokes’ death, but was not closely monitored, according to interviews, police and parole records compiled and reviewed by 10 Investigates.

Prosecutors say Golsby was not tracked in real time but that his GPS ankle monitor places him in the same locations as Tokes on the night of her disappearance and murder.

During his police interrogation video that was played for the jurors Thursday, Golsby said that he was in the Short North area on the evening of February 8 , 2017 and admitted to detectives that he was “after money,” forced his way into Tokes’ car and had her drive to two different ATMs in the German Village area.

Two unsuccessful attempts to withdraw cash were made before $60 was withdrawn from Tokes’ Chase bank account.

Golsby told Grove City Police detectives that the two then drove to a Turkey Hill gas station before eventually driving to the Scioto Grove Metro Park. (It’s the location where Tokes’ body was found on February 9, 2017. Prosecutors say she had been shot in the head twice at close range).

“I told her to take her clothes off and I told her to go over there and I said if you move, I’ll come back,” Golsby told detectives.

But over the course of that six-hour interview with police didn’t buy that story.

He told detectives that a man named “TJ” forced him to rape Tokes. But Golsby said that “TJ” was the man who pulled the trigger.

Golsby said that “TJ” had Golsby drop him off in the Scioto Grove Metro Park while Golsby and Tokes went to Turkey Hill to get gas.

But Golsby’s GPS tracking device pokes holes in his own story, according to Det. Forney’s testimony – who said Golsby’s ankle monitor shows he was only in the park once that night.

The audio was difficult to understand, both for reporters in the courtroom and the jury, so Asst. Prosecutor James Lowe had Det. Richard Forney relayed some of what was said between him and Golsby during their interview – it included what Reagan Tokes reportedly told Golsby that night.

There was an audible gasp in the courtroom.

Reagan Tokes parents were not in the courtroom Thursday. Toby Tokes told 10 Investigates that they would skip days where testimony would be too graphic.

The Tokes are planning a celebration weekend for their daughter Reagan this weekend.