Rally in support of police takes place in Cleveland

A counter-rally also took place at a nearby downtown location. Both were peaceful demonstrations. 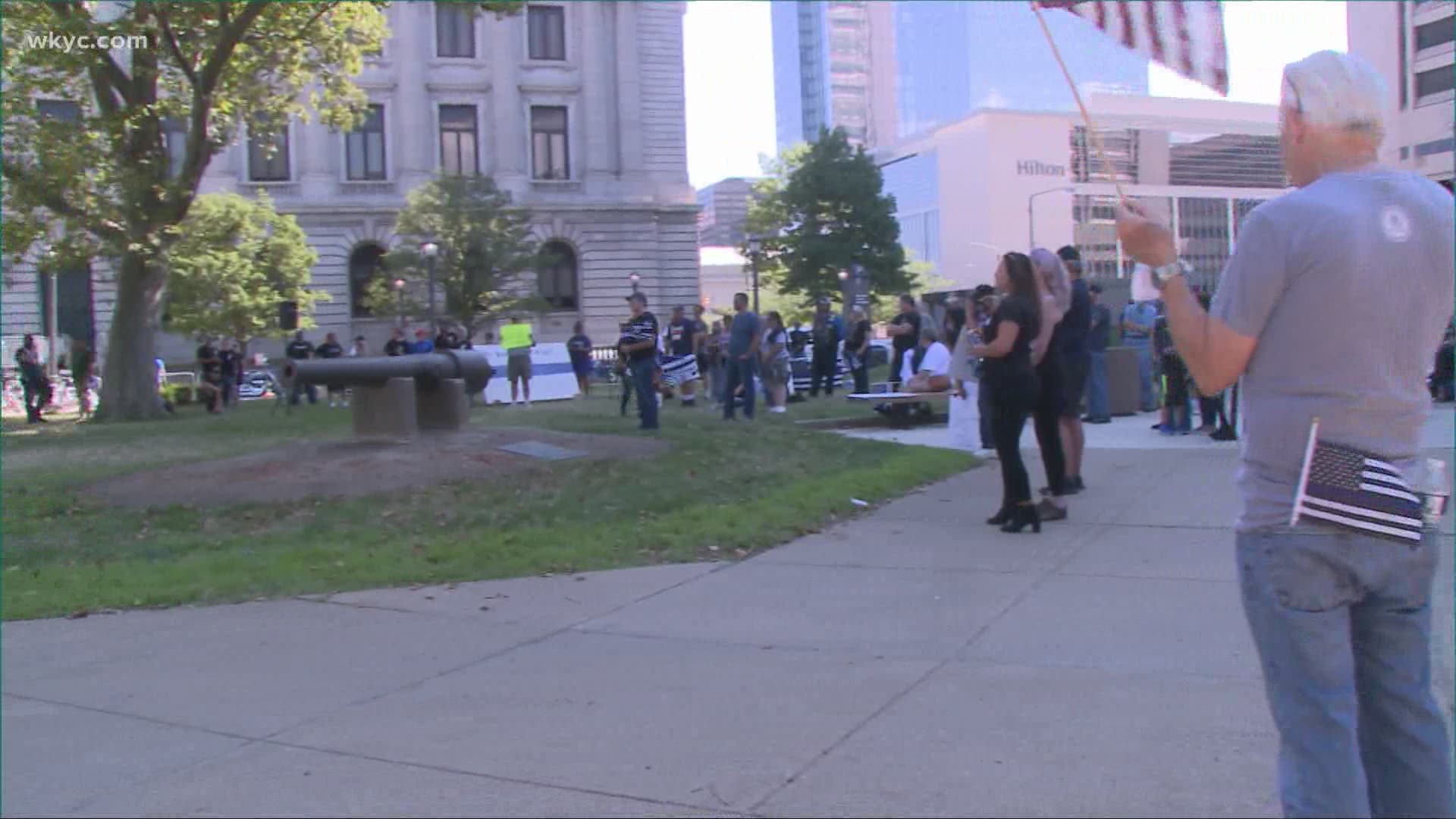 CLEVELAND — A "Back the Blue" rally in support of police is being was held on Saturday in downtown Cleveland.

The event, which is being described as peaceful, is being hosted by individuals Sarah Sacha and Pete Horatschki, beginning at 10:30 a.m. at Fort Hunting Park.

"Our goal here is to acknowledge that although good changes need to be mad, the majority of cops are good and we support them. No violence or negativity will be accepted," the event description reads.

Fort Huntington Park is located at the intersection of West 3rd Street and West Lakeside Avenue. About 300 people are expected to show up, according to the number of individuals who have RSVP'ed to the Facebook listing for the event.

A counter-demonstration began at 10 a.m., according to Cleveland organizers for Black Lives Matter.  That demonstration, which is being called "Red, white and 'f' the Blue with peace we protest," is taking place that Free Stamp, also in downtown Cleveland.