The curfews on Friday, Saturday and Sunday will start at 8 p.m. 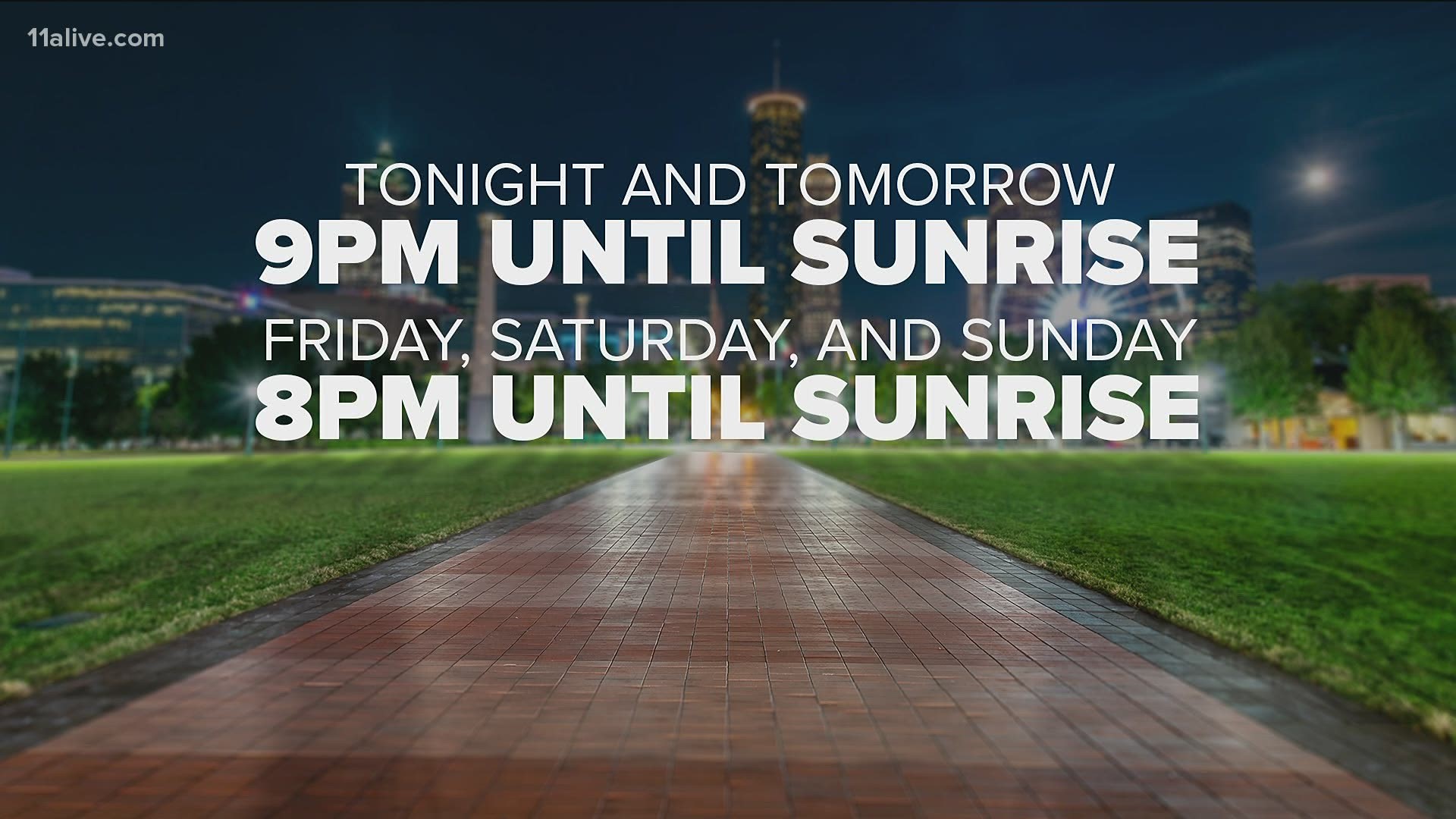 ATLANTA — The City of Atlanta has announced curfews in place through the weekend as ongoing protests continue across the city.

The curfews were first put into place last Saturday night as protests turned violent the night before. They are intended to curtail potential looting or other negative actions during the overnight period.

The curfew will continue at 9 p.m. tonight until sunrise on Thursday. That same curfew will be in effect Thursday night.

An 8 p.m. to sunrise curfew is effective Friday, Saturday and Sunday nights. They all expire at sunrise the following morning.

Around the country, protests have typically broken up and given way to more aggressive clashes between demonstrators and law enforcement officials around nightfall.

With the Atlanta curfew generally coinciding with that time, the city's protests have largely dissipated the last three nights without the kind of chaotic scenes of Friday and Saturday night.

'It's not about one moment': Stacey Abrams says protests draw parallels to Rodney King riots

13 teens arrested after burglary, chase during protests in Athens