The report cites the pandemic and a shift to hybrid or remote learning as reason for the decrease, and details information obtained from Jan. 1 to Dec. 31, 2020. 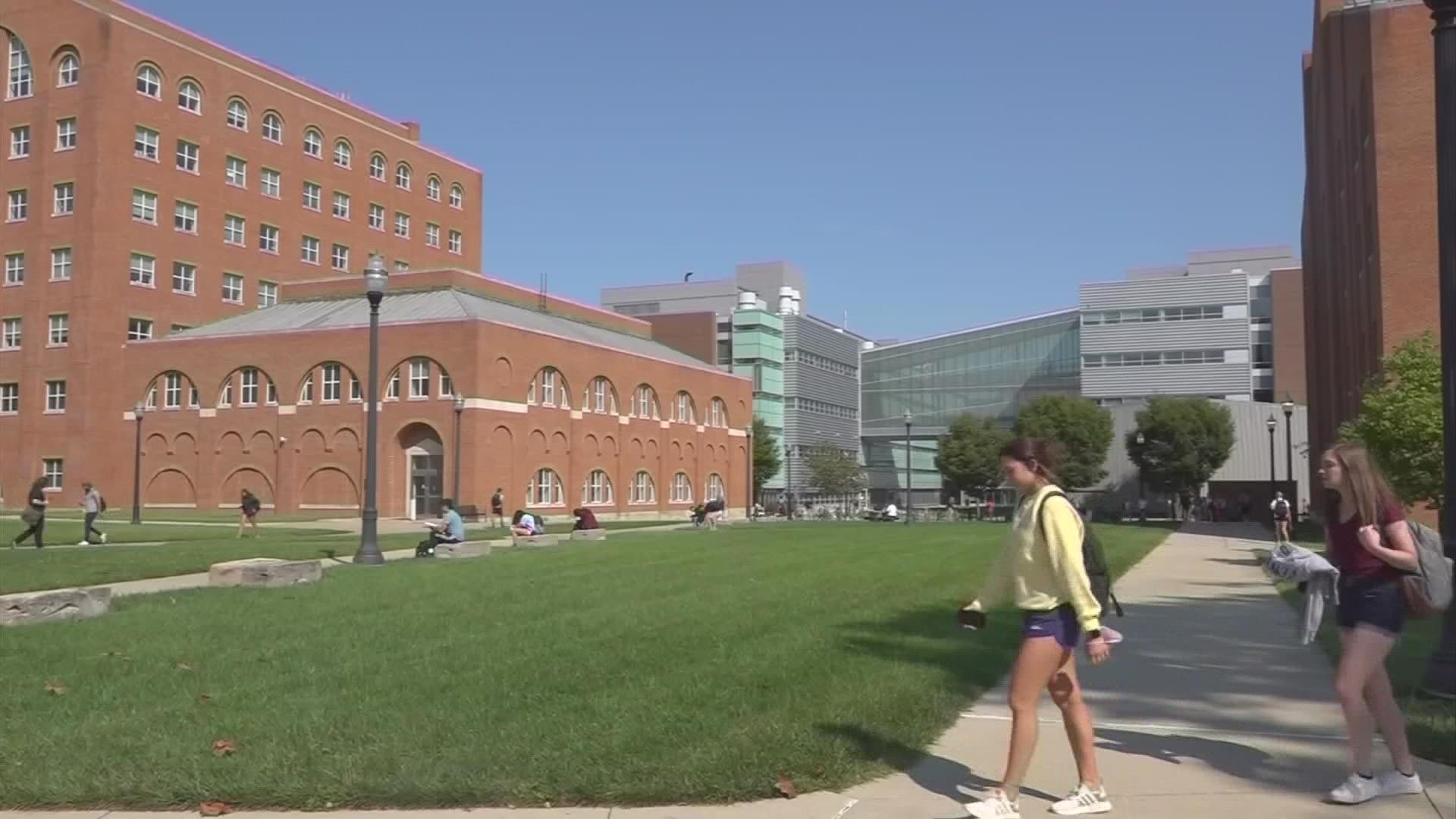 COLUMBUS, Ohio — Crime on and around Ohio State’s campus significantly decreased in 2020, according to an annual report released Friday.

The report cites the pandemic and a shift to hybrid or remote learning as reason for the decrease, and details information obtained from Jan. 1 to Dec. 31, 2020.

In that year, campus police reported nine aggravated assault cases; down from the 22 reported the previous year. Additionally, burglaries fell from 71 to 36; stalking incidents, from 91 to 57; reports of dating violence, from 64 to 37; and domestic violence fell from 36 to 12 reported incidents.

While the majority of campus crime saw a decrease, university officials detailed an increase in reports of rape for the third straight year, with 134 incidents on record in 2020. Officials also saw an increase in campus fondling.

Under the Clery Act, Ohio State is required to provide an annual report of incidents related to crimes that where reported that year. That said, the university said this year’s report contains reports related to the Strauss case that were filed in 2018-2020, based on the findings of an independent investigation.

The university launched a safety task force in Oct. of last year, following the fatal shooting of Ohio State student Chase Meola. Since then, Ohio State has implemented 13 of the task force’s 15 recommendations.

That includes increasing patrols and security on campus, adding more surveillance in off-campus areas, expanding its Lyft Ride Smart program to ensure students get to and from locations safely and enhancing cultural diversity training for campus police, among other measures.

Most recently, Ohio State announced $20 million in additional funding aimed at improving safety on and around campus. The announcement came amid increased reports of violent crime in recent months.

In an effort to combat that crime, campus officials are now offering to equip students with free security devices that serve as alarms to warn when a situation has turned dangerous.

You can learn more about the university’s latest safety plans here.