Robert Cayson knows what it’s like to get mixed up in the wrong crowd. Because of that and his involvement with drugs and guns, he spent six years in prison. 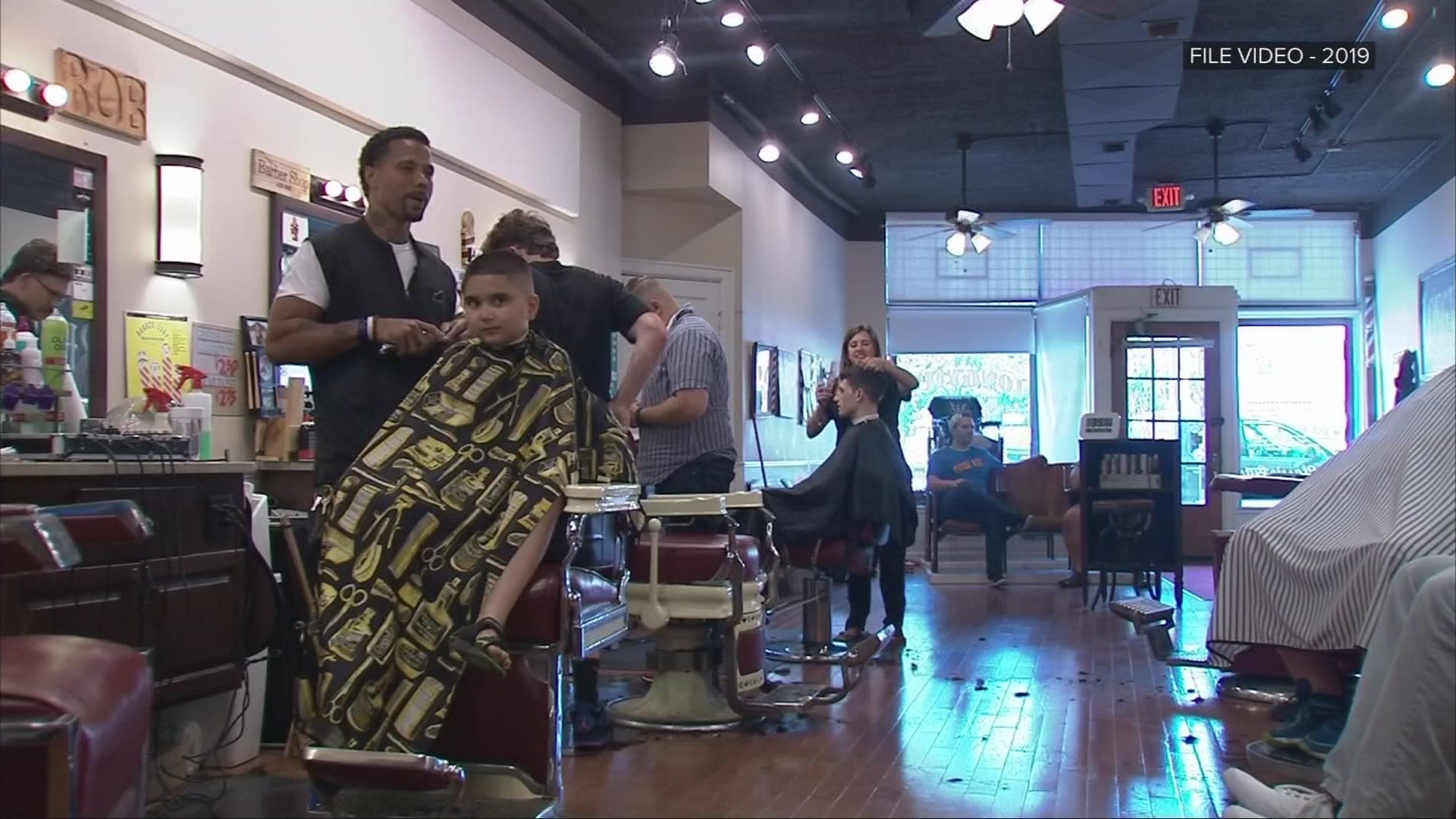 COLUMBUS, Ohio — Robert Cayson knows what it’s like to get mixed up in the wrong crowd. Because of that and his involvement with drugs and guns, he spent six years in prison.

After that, he started a new path.

Now a successful barber in Columbus, Cayson is dedicated to give back. And, in doing so, he made a seemingly unlikely ally.

Casuccio teamed up with Cayson in 2019 for Cops and Barbers, an event spearheaded by the Starfish Assignment that connects inner city youth with police officers and offers free haircuts and back-to-school supplies. Last year at different locations in the city, the program helped 500 children. This year, due to COVID, that number has been dropped to 50. The message, though, is still the same.

In fact, it means more.

Dovell is the center manager for Columbus Recreational Parks. He knows with COVID and with the growing number of homicides in Columbus, now is the time for police and communities to unite.

“Not only do we find a way to break bread with them and an icebreaker through a haircut, a bookbag, school supplies and activities with officers…but honestly what’s important is that social interaction,” Dovell said.

They all recognize the struggle the city and its people has seen in the last four months. That’s why it’s important to them to prove that the thickest of darkness can be broken with a single flicker of humanity.

“But we’re still neighbors,” Casuccio said. “We’re still community members. I live in the city of Columbus, so does Mario and so does Rob. We’re neighbors. We’re family. We’re friends. And this needs to be driving home.”

Casuccio believes the overwhelming majority of people believe in and support police. Cayson does, too. He says he encourages young people to not be angry, but to join the force to help make a lasting difference and to set their own way.

“Be who they are and not follow who they run with,” Cayson said. “That way they can be their own individual and make their own decisions.”

This year’s Cops and Barbers event will take place Sunday, Sept. 20 at the Beatty Community Center at 247 N Ohio Avenue in Columbus. It will be from 1:00 p.m. to 3:00 p.m. The event has been sponsored by AEP Ohio.