For the big day, he received three proclamations for his service in the community. 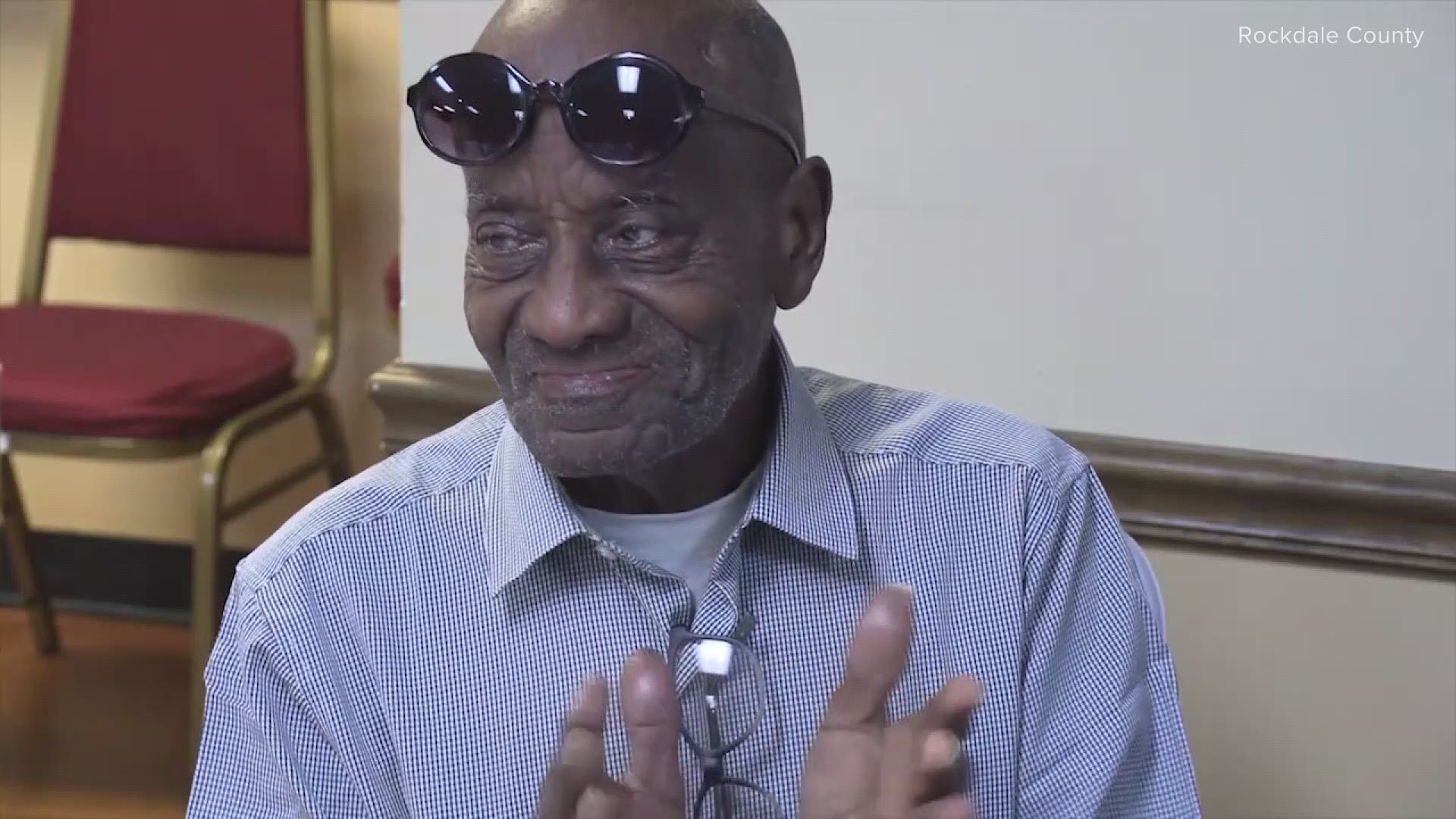 Lynda Jackson revealed that her father not only loves music from Marvin Gaye and Stevie Wonder, but he’s also traveled around the world and was once hired as a personal assistant to former president Lyndon B. Johnson.

As the oldest of six children, James Davis’ leadership proved to be poignant when a tragedy at a young age inspired him to inspire others. James' father died when he was a teenager.

Jackson said James pushed his siblings to complete school before becoming a Private First Class Cook for the U.S. Navy.

James then did a stint with the United States Merchant Marines and later became a member of the National Park Service.

The milestone for James is bittersweet as Jackson revealed that her mother Odessa, James’ wife of over 20 years, passed away years ago.

“It’s kind of bittersweet since my mom is not here,” Jackson said.

The couple met through mutual friends and discovered they had “everything in common,” which led them to tie the knot within three months of their relationship.

“They never had an argument,” Jackson recalled about the woman her dad called, “the sweetest woman I ever knew.”

For his upcoming big day, James has already received five proclamations from organizations and cities for contributing service in the community.

On Saturday, Aug. 8, James joined close family and friends as Rockdale County honored him with a proclamation ceremony.

James now lives in Conyers and loves his grandchildren, but if he had it his way, he would be back in Texas, according to Jackson. The other proclamations for James came from Austin and Brookshire, Texas.

It’s an act of appreciation for a man who has impacted several people in various positions throughout his life.

“He doesn’t realize how impactful he has been in my life,” Jackson said.“His resilience and steadiness, don’t tend to let anything rattle him, knowing my dad you come to love the nuggets that he’ll throw out at you,---never let anyone mess up your personality. Nothing visibility appears to shake him.”