Tiberi said town halls are designed to ambush politicians and are not productive to solving issues. 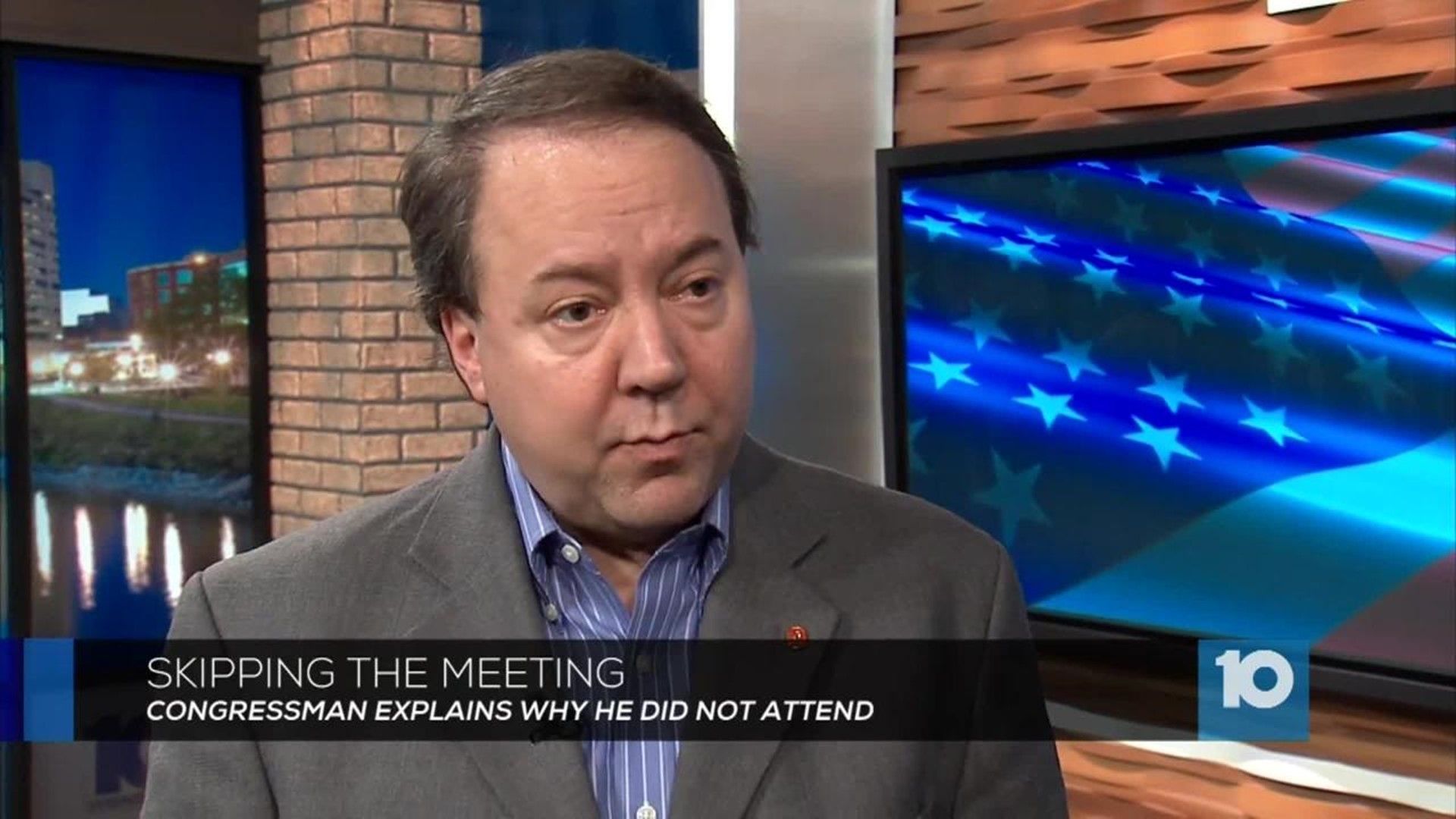 Organizers of future town hall meetings like the one held last night in Clintonville may have to settle with a cardboard cut out of Congressman Pat Tiberi as a guest.That's because the real congressman said he won't attend.

That's because the real congressman said he won't attend.

"They're not productive they are shouting matches people can't tell their story, I'm all about getting something done to actually repeal and replace Obamacare," he said.

Tiberi said he's already met with many of those who attended the town hall, in private, about their concerns, and is willing to meet with more at his office.

He said the suggestion that he's ducking these events because he doesn't want to hear the other side is false.

"I'm the most accessible Congressman they've ever had," he said.

So where was he Wednesday night? Tiberi was in Knox County at a Lincoln Day dinner where people paid $400 a table to hear him speak in a district he doesn't represent.

"I was asked in December to attend a Lincoln day dinner that attracts people not just from Knox county but from Delaware county, and Licking County which is in my district and there were constituents last night," he said.

Tiberi isn't the only Congressman avoiding these town hall meetings.

As for Tiberi, he admits there is a deep divide in America.

"We have two America's we have two Ohio's," he said.

But said the problems facing the nation need to be settled in an atmosphere with more talking and less shouting.

"Not in a hostile environment and where this is chaos and vitriol and a lot of anger and nothing productive comes out of it and I'm not going to be part of that," he said.

Congressman Tiberi said his town hall was organized by the group " indivisible" which he said is run by Democratic operatives who hold protests made to look like town hall meetings.

He suggests those who want to talk with him can schedule an appointment by going to his website.