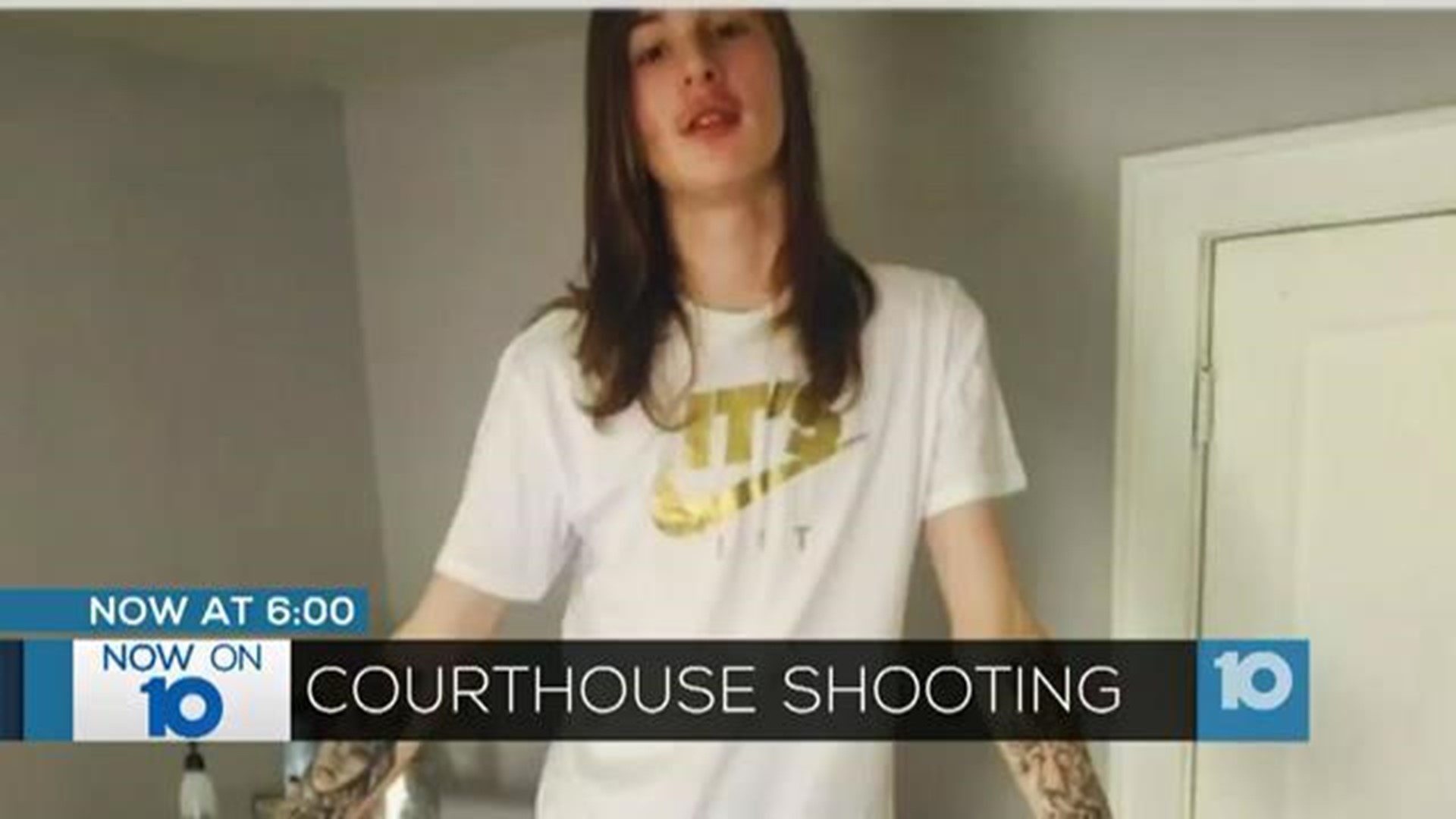 Conflicting stories are emerging after a teen was shot to death by a deputy inside the Franklin County Courthouse.

But Haynes had a criminal history, including a charge of threatening someone with a gun.

It was a hearing related to that case that took him to Franklin County Juvenile Court Wednesday.

Dotson wasn't there, but her mother and sister - Haynes' grandmother and mother - were.

She says this is what they told her:

The Fraternal Order of Police tells a very different story:

"(The deputy) responded, came in there, and was violently attacked by multiple people," said FOP Vice President Keith Ferrell. "I was with this deputy. He does have injuries that are visible. I'm not a doctor. But it was very clear to me in my experience that he was attacked. And this was a fight for his life at some point. He was assaulted, and obviously at some point, he felt there was a risk for his life and everyone else in that courtroom."

Though he visited the Deputy in the hospital, Ferrell admits he has spoken with no direct witnesses to Wednesday's confrontation.

The Franklin County Sheriff's Office Wednesday described the incident as "an altercation" involving the deputy, Haynes, and Haynes' family.

They say the deputy was knocked to the ground, and that's when he fired his weapon.

Glenn McEntyre: They say this officer felt like he had to act to protect his life and the life of people in that courtroom.
Rianne Dotson: By what? Killing a 16 year old?

"What makes it a life or death situation is if you attack me right now, I'm a police officer with a gun, there is a gun in play," said Ferrell. "That gun can be taken from you very quickly, and someone's life could be taken."

The Sheriff's Office says threats have been made against the life of the deputy involved.

While they investigate, they are not yet releasing his name.

He was treated and released from the hospital for injuries during Wednesday's altercation.

10TV spoke by phone with Joseph Hayes' grandmother, who was in the courtroom.

Geraldine Haynes would only say, "It didn't happen the way police said it did. My grandson should have never been shot."