Michelle Chambers said John Holley is strong and a fighter. 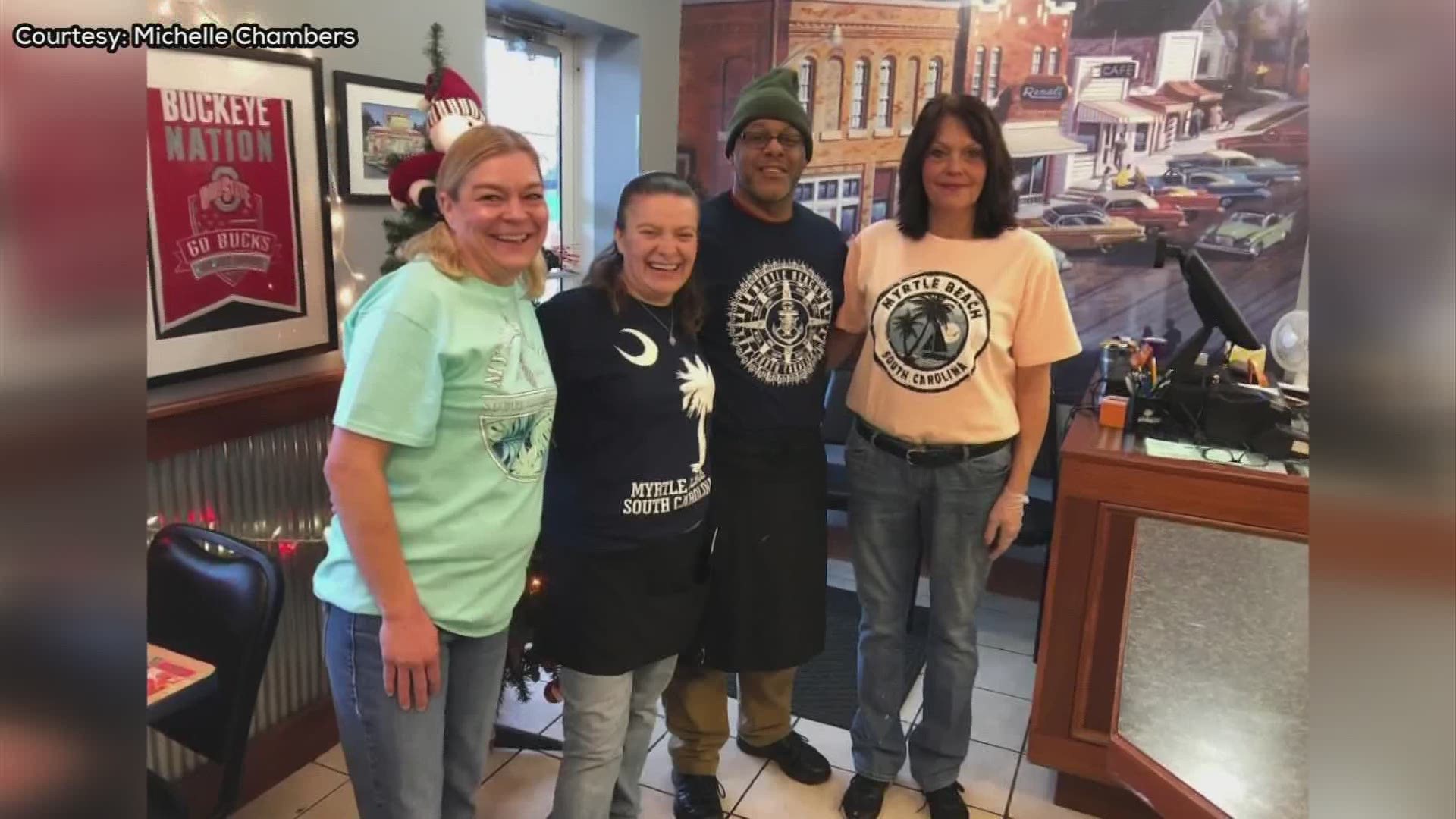 They worked together there for years and bought it from the previous owner two weeks before they had to switch to carry-out only because of COVID-19.

“We’re a breakfast and lunch restaurant, we are open from 7 a.m. to 2 p.m. every day it’s very busy we have great customers, tons of regulars,” Chambers said.

She said when COVID-19 first started shutting everything down, they had just bought the restaurant. They also had to make tough decisions financially.

“Including me and John, we only had six employees cause we’re a very small diner and we had to let everybody go and for two and half months it was just John and I doing everything,” Chambers said.

She said John was doing all of the cooking and she was doing the bagging and giving customers the food.

Chambers said it was scary and they weren’t sure if they were going to make it. She said John was the only cook for months.

“The stress and working so many hours cause we’re open 7 a.m. to 2 p.m. but he also had to stay over for hours waiting on trucks or making orders or getting ready for the next day, it just got to him,” Chambers said.

She said even during the COVID-19 shutdown, customers were asking how they could help or buying extra food from them.

They opened their dining back up on May 21. On May 26, Chambers said she and John were getting ready for work when the unexpected happened.

“Without describing everything that happened he basically had a stroke and when we went to the emergency room it was like an OhioHealth emergency room well they decided to transfer him to Riverside and in the ambulance, he had a stroke and seizure and went unconscious,” Chambers said. “The doctor said it was caused by stress and exhaustion.”

She said the food industry is stressful as it is, let alone during a pandemic.

Right now, John is recovering at home. He will be starting physical therapy to get his strength back.

“It was probably the scariest thing I’ve ever seen to have somebody that I love have a stroke right in front of me, that was very scary, his daughter, his 16-year-old daughter witnessed it too,” Chambers said.

Chambers said because of them and the community support, it’s been getting them through all of these obstacles.

“The prayers and well wishes and hundreds of comments on Facebook and from everybody in the community and family and friends and it’s just amazing,” Chambers said.

She said they’ve had customers and community members offer in many ways to help out.

She said John is strong, is a fighter and is a loving person.

“We are boyfriend and girlfriend, a lot of people think we are married, we’ve been together for years we’ve known each other for 28 years. it’s an awesome love story that’s all I can say. I mean it’s great and I think people are so, people here love him and he’s such a quiet gentle genuinely nice person,” Chambers said.