A community trying to work together as frustration builds after a 13-year-old is shot and killed by a Columbus police officer. 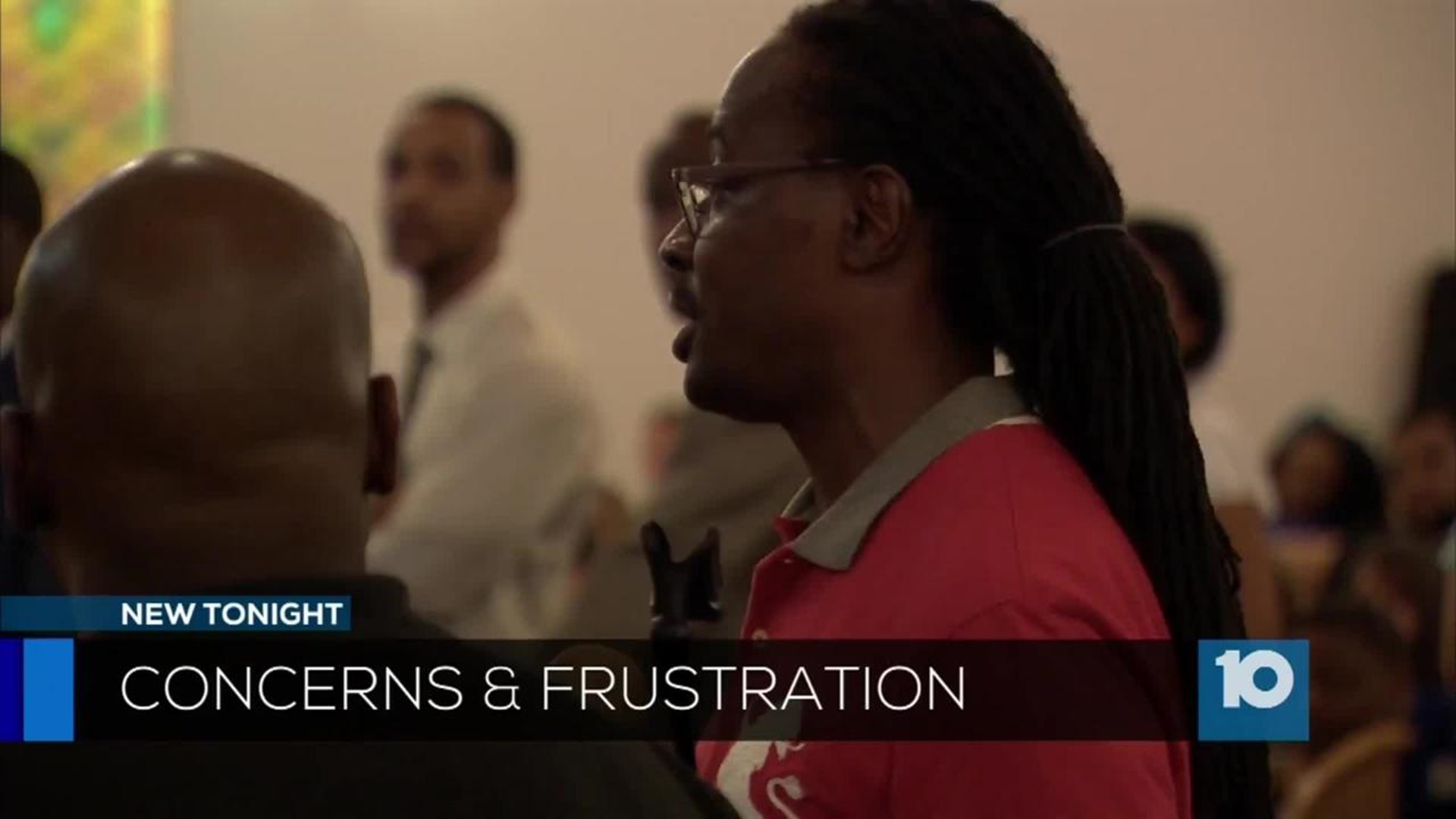 A community tries to work together as frustration builds after a 13-year-old is shot and killed by a Columbus police officer.

Faith leaders alongside the mayor and the Columbus police chief invited the community to engage in a discussion about Tyre King's death.

That discussion turned emotional and passionate as the community demanded answers.

It's only been two days since King was shot and killed by Columbus police officer Bryan Mason.

Tensions and emotions were extremely high.

“We are tired! I shouldn't have to wake up to see another black boy dead. Another baby. He was just a baby,” said Hana Abdur’Rahim during the gathering.

Abdur'Rahim didn't hold back after Pastor Jason Ridley said they only had time for a few more questions.
“There are so many unresolved cases of black men being slaughtered, by the police,” said Abdur’Rahim. “Our blood is on this concrete and no one cares, so I'm going to speak up.”

Police say Officer Bryan Mason shot and killed King after the eighth-grader reached into his waistband for a BB gun, a gun police say looks almost identical to what they carry.
“It is a time of mourning in the city of Columbus,” said Mayor Andrew Ginther.

Mayor Ginther took a moment to talk to the community expressing his dissatisfaction with the fact that a 13-year-old child was shot and killed by a Columbus police officer.
“What is it that drives our fascination and obsession with guns,” said Ginther.

And the question now is what's next, and how do you prevent something like this from happening again.

“What is God’s name does a BB gun need to mimic and be a look alike for a firearm,” asked Ginther.
“I think it was a protocol that should have took place that time if it was three kids running from the police,” said Johnny Holden, who said he was King’s cousin.
“We're always looking at how we can improve our practice. I'm constantly saying I use the best practices,” said Columbus police Chief, Kim Jacobs.

Abdur'Rahim feels like tonight’s gathering at the Central Seventh Day Adventist Church on South 18th Street, right across from where King was killed, was just a show.

Faith leaders are calling for peaceful change as a community struggles to come together and make sense of what happened just two days ago.
“We want to leave here knowing that we’ve begun a conversation that's not over yet, but we are in it now,” said Pastor John Boston III.

Now the hope is to begin the path toward healing as a memorial for a 13-year-old continues to grow, across from where he was killed