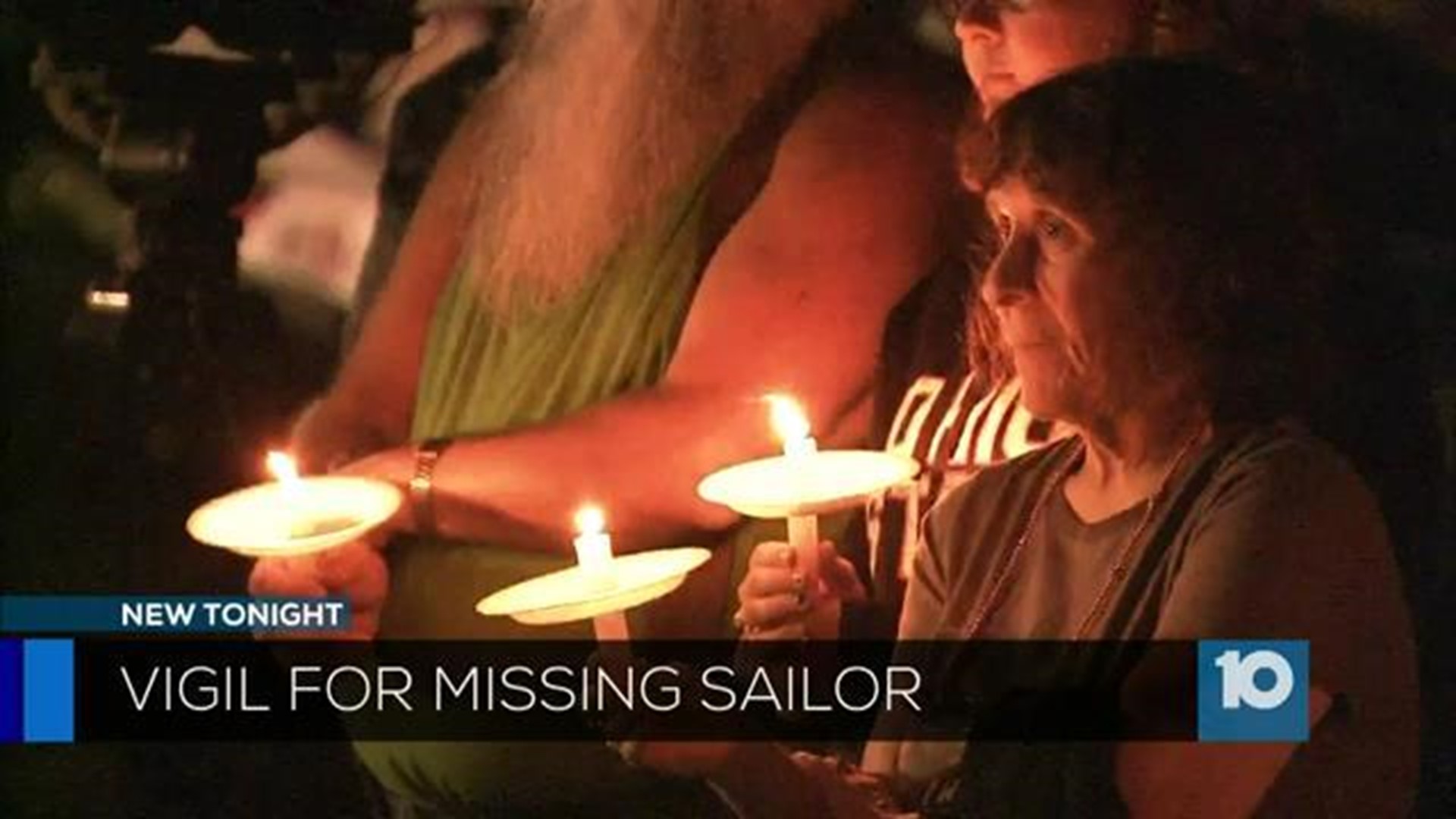 NORTH LEWISBURG, Ohio - Hundreds of people gathered at the North Lewisburg ball park for a vigil in honor of sailor Jacob Daniel Drake.

The 21-year-old man from Champaign County is one of the missing sailors from the USS John S. McCain, his family tells 10TV.

Members of the community volunteered their time in song and prayer Thursday night.

"I felt compelled to come because I think I have a similar story or background of this young man," said Alvin Birt, who also served in the U.S. Navy. Birt was in combat during the conflict in Vietnam.

Family and friends took part in the vigil. Even strangers said they were praying for the safe return of Drake.

"I feel for him, his family, his fiancé. He had so much life left ahead of him," said Mel Cantrell, Commander for the American Legion Post 79 in Marysville.

News of 10 sailors missing after a collision earlier this week, brought back memories of his own service for Birt.

"I was involved in a ship collision at the time I was over there," he said. "So, I feel like I've experienced probably a lot of what people on that ship have experienced."

During the vigil, friends shared memories of Drake and a local pastor offered a prayer of hope.

"Peace right now is going to be a far reach for the family. I hope they just know that they are not alone. That they are supported and if they need, all they have to do is ask," said Cantrell.

Drake was 21 years old and engaged to be married.