Melroy Cort, a Marine, lost both of his legs after an IED explosion fighting in Iraq in 2005. In 2018, he lost his home to an electrical fire. 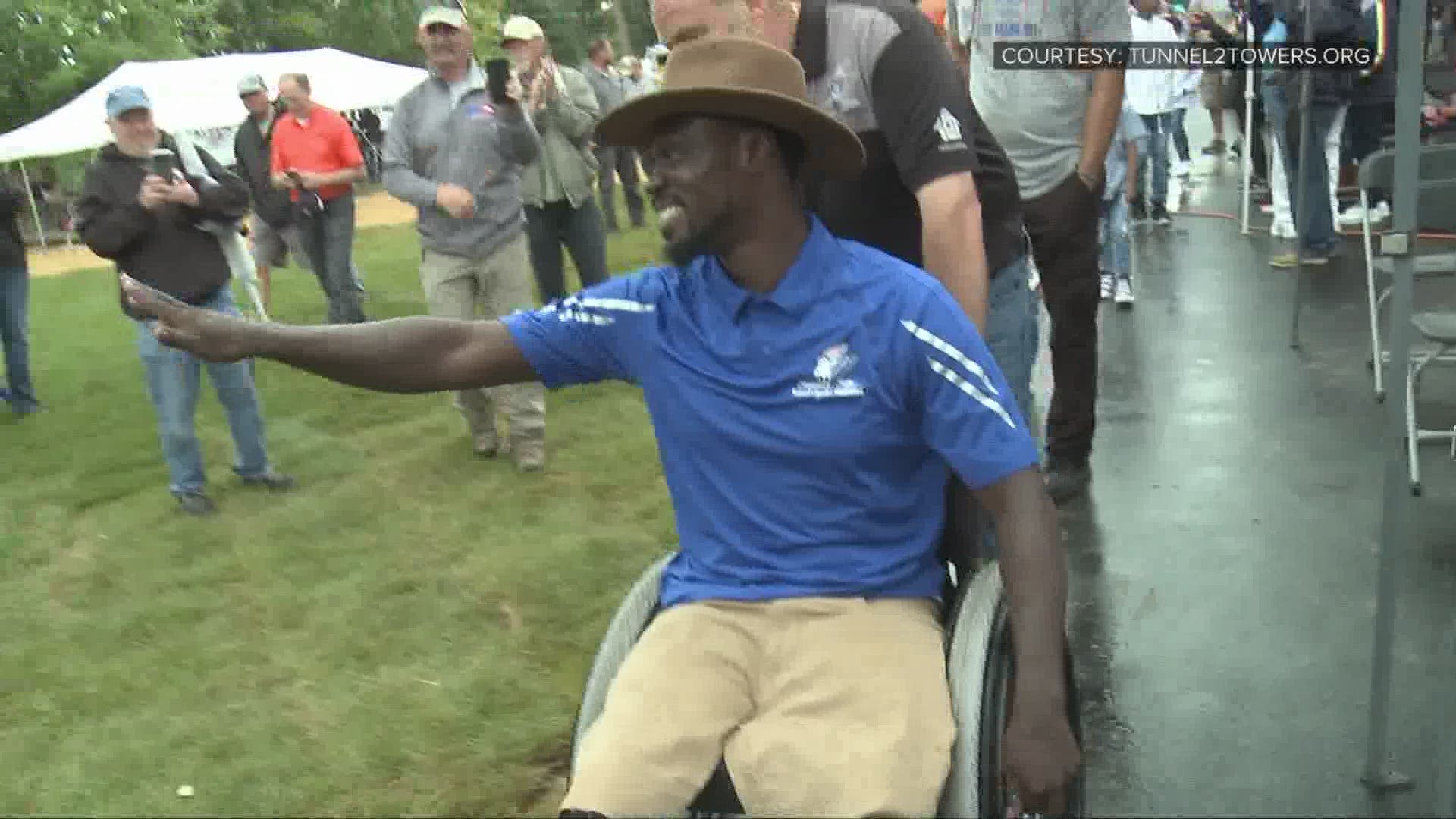 LICKING COUNTY, Ohio — Melroy Cort was in for more than one surprise on Saturday.

The Marine, who lost both legs after an IED explosion in Iraq in 2005, was given a new home on Saturday in Licking County.

More than 100 firefighters from 14 states came together to build the home in just 12 days.

Two of the non-profits involved were Tunnel to Towers and A Soldier’s Journey Home.

The hard work paid off with a ceremony and home reveal on Saturday.

Also there to surprise Cort was his friend and fellow Marine, Justin Dusheke, who pulled Cort from the battlefield after his injury.

The two had not seen in each other in 15 years before Dusheke drove from Missouri to surprise Cort with a hug and his old Kevlar helmet.