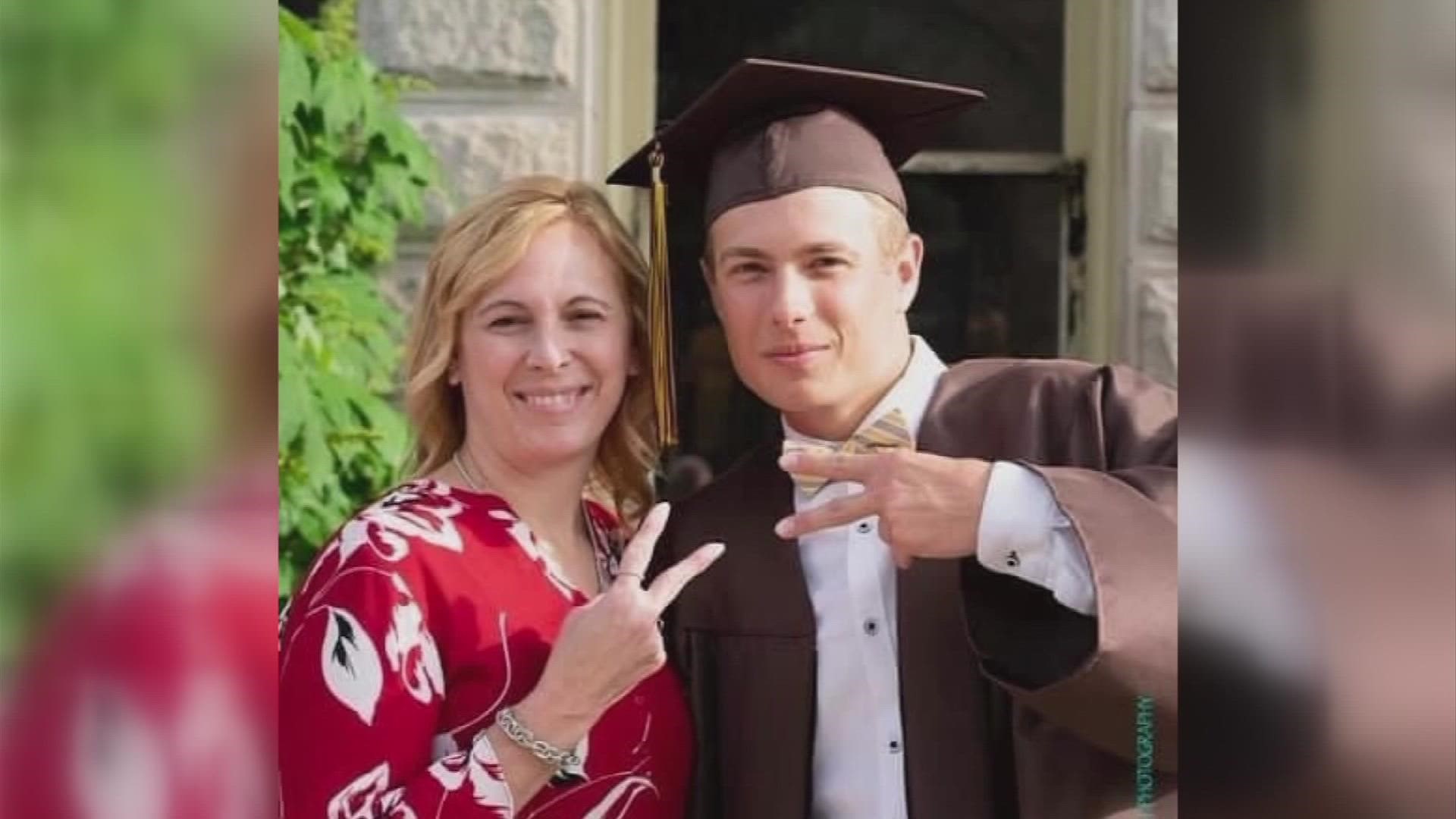 DELAWARE, Ohio — Nov. 21 would have been Stone Foltz's 21st birthday.

Foltz, who was trying to join the fraternity, was found unconscious by a roommate after the hazing ritual and died three days later.

He drank an entire bottle of bourbon and could not walk on his own afterward, according to findings from a law firm hired by the university to investigate the death.

While the late Bowling Green State University student is no longer around, his friends and family wanted to celebrate to keep his memory alive.

“We want to try to do is keep that feeling alive of who he was so that you know we don't forget him and we don't forget what he was about,” said DJ Williams, Stone Foltz’s aunt.

“To him, it was always about looking out for the rest of his team. Whether it was the guy that you know, was getting bullied, or whether it was a teammate to get catch the pass. So it was about trying to make everybody better. And he was all about, you know, trying to make sure that the world was a better place.”

The event held at Buckeye Valley High School was created to not only celebrate Foltz's life but to start a conversation and help put an end to hazing.