Columbus woman uses her singing to bring community together

KaTanya Ingram has been singing at demonstrations in Columbus over the last few weeks. 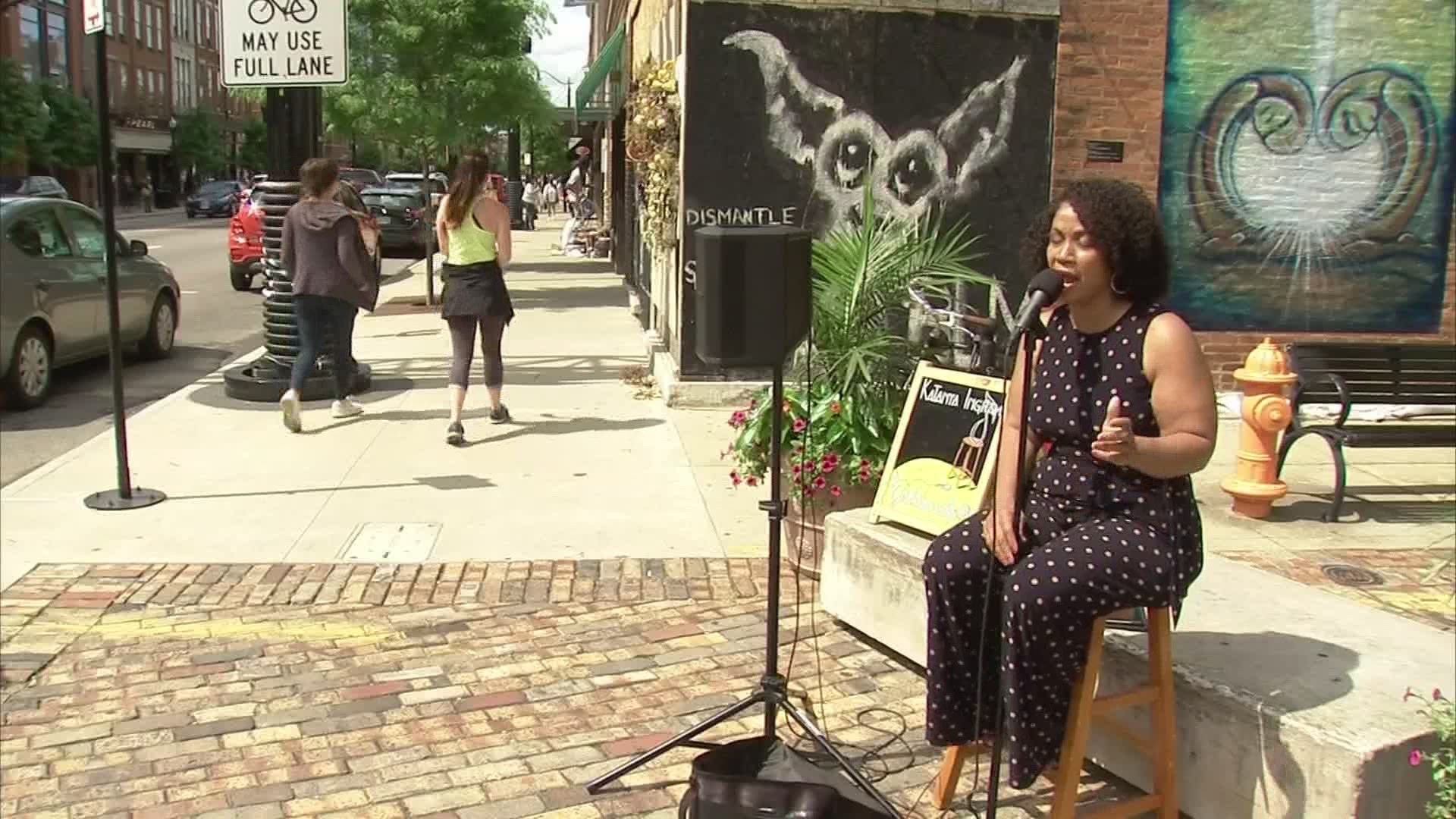 COLUMBUS, Ohio — People in Columbus and the surrounding area gathered for protests for the third straight weekend.

They are protesting racial injustice following the death of George Floyd in Minneapolis after a police officer kneeled on his neck for nearly nine minutes.

People peacefully protested at the Statehouse, in Groverport, in Marion, and in Grandview on Saturday.

Those at the protests in Columbus may have heard a woman singing at the demonstrations.

Her name is KaTanya Ingram and she is the Gallery Hop singer.

"I think music is what feelings sound like. It combines us all together," she said.

Ingram has been out and about sharing her voice almost every day since the protests began.

She said when it comes to choosing what songs she sings, it’s an important and crucial part of her reason for being there.

“I wanted to go and lend my support in a different kind of way. Songs of freedom, songs of love, songs that said 'I hear you but I’m going to protest in a different way,'" she explained.

She said lyrics can be powerful and it’s a way for people to express themselves.

Before diving fully into her singing career, she was working in marketing and communications for 14 years.

“It became a life savior and that it became a job, it became an opportunity to supplement my income while I continue looking for a job which I still haven’t found yet,” Ingram said.

The past few months have kept her busy. With COVID-19, she’s spent a lot of her time doing curbside concerts.

She said people have asked her to sing for anniversaries, birthday parties and several other occasions.

With the protests going on week three, she doesn’t plan on stopping anytime soon.

“As I began to sing people, cause remember music is what feelings sound like it unifies us it’s a universal language people began to look and stop and stare and say wait a minute what’s going on, they began to gravitate to the music,” Ingram said.