A Columbus woman is looking for answers after a city tree crashed into her yard. 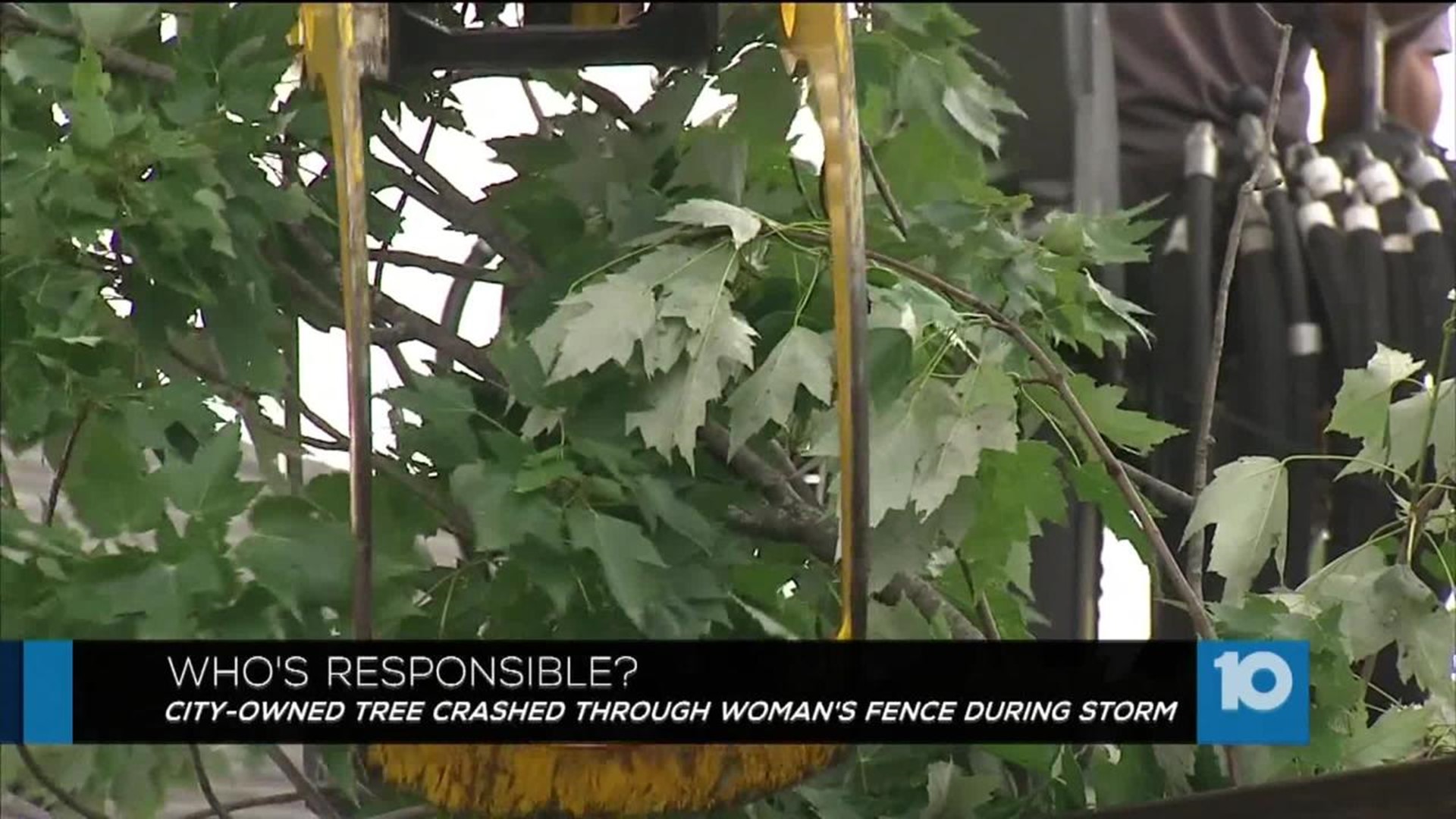 One Merion Village woman says a tree on city property crashed into her backyard.

So, what happens when a public tree damages private property?

The tree in question stands on city property along South 8th Street.

The problem is, it hangs over Christine Henry's backyard, and Tuesday night, a big chunk of it came crashing through her fence. It knocked a seven-foot hole in her wooden privacy fence and left her entire backyard covered by large branches.

Henry says limbs fall from the tree into her yard somewhat regularly, but this is the second major incident.

She's worried there will be another.

"I don't understand, or I would like to know more about how the city can maintain these better so I don't have as many limbs falling, because if it did knock out my garage, then I would definitely be going after the city for that. And that's literally two feet away from where it fell," Henry said. "I love the tree. I love the shade it provides, but if it is going to keep dropping giant branches on my house, I would be happy to replace it with a tree that's actually on my property that I'm responsible for, rather than waiting on the city to take care of it."

A city spokesperson tells 10TV a crew was at the site Wednesday morning and based on what they saw, they share Henry's concerns and have scheduled this tree to be evaluated for potential removal.

The city says if you have property damage from a tree on city property, or if you think a city tree poses a risk, you can call the 311 hotline, 614-645-3111 or visit this website.

That automatically creates a work order and you can track the progress of your request.

10TV also spoke to the arborist who was removing the downed limbs from Christine's yard. He says the problems with that tree come down to poor branching structure and some decay.

He recommends having your trees inspected by a certified arborist.

"If you want to change a tree's structure over time, or mitigate the potential of storm damage, it has to be reduction pruning. The old idea of thinning a tree to allow wind to blow through it, absolutely 100 percent does not work and it's proven not to," said Nathan Ames of Ames Arboreal Group.

To find a certified arborist near you, click here.