Columbus woman discovers she has dozens of half-siblings

McKenzie Cooper has known she was conceived using a sperm donor since she was young. But she only recently discovered how large her family tree is. 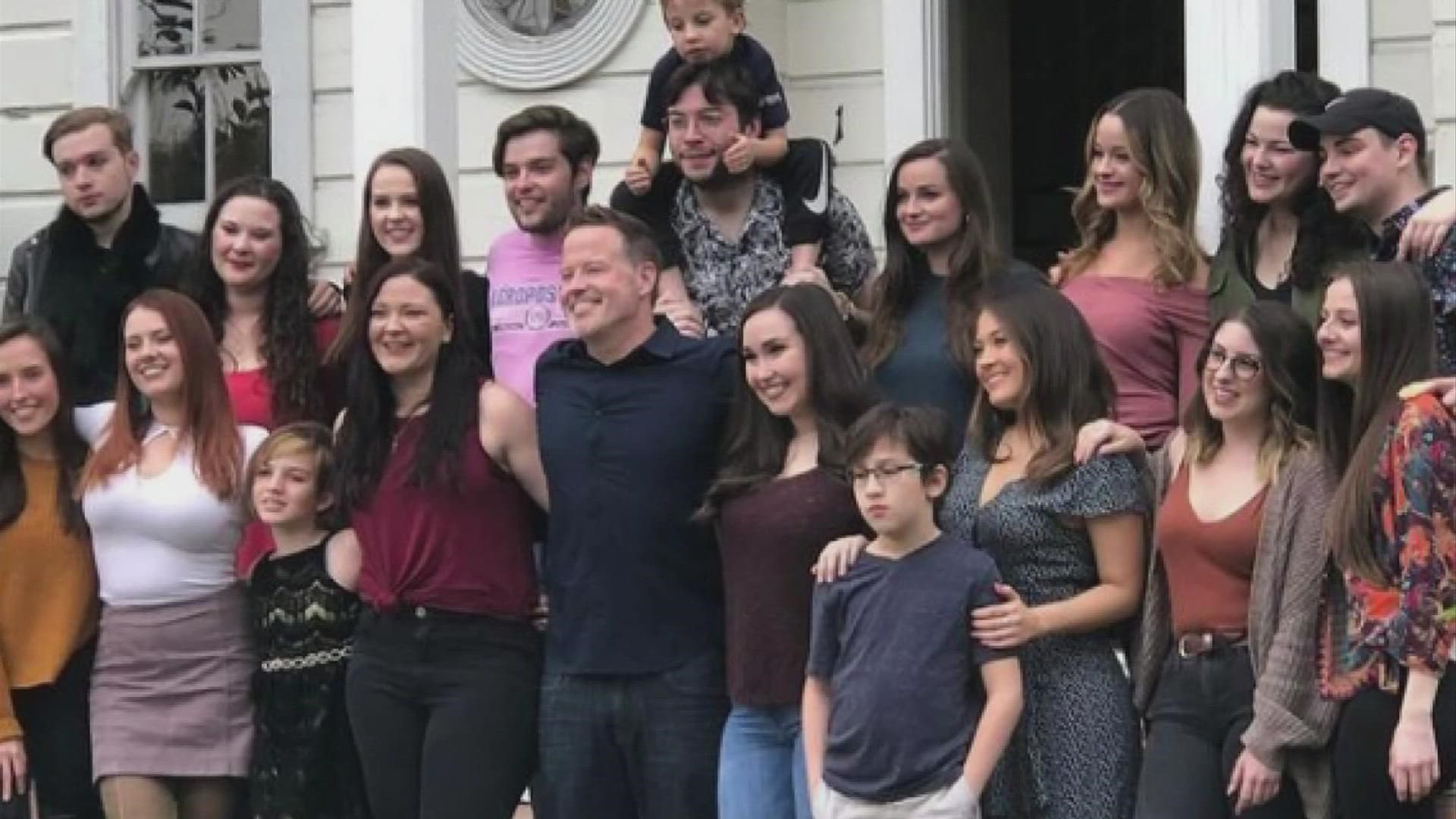 COLUMBUS, Ohio — McKenzie Cooper remembers being roughly 12 years old and sitting atop the school monkey bars, as the ‘cool kids’ did, and explaining how artificial insemination works.

After all, she grew up with two moms. As she puts it, the math would not have added up if a sperm donor were not involved.

But it wasn’t until high school when her journey of sibling discovery truly began. After an Oprah episode, she says her mom signed her up for the Donor Sibling Registry, and soon after, she found her first two half-siblings.

Once she turned 18, she reached out to the cryobank tied to her conception to find her donor father. She connected with him within about a month. But she also started to discover other members of her family tree.

“Once I turned 18, other siblings started turning 18 and started just kind of rolling in,” Cooper said. “It’s just progressively over the years grown from being three of us around the ages of 15 to now there’s 32 of us total.”

That can be an overwhelming number to grasp, especially for the siblings for whom the news is still fresh. Sam Papier, along with his twin brother and two older brothers, only found out they were part of this massive group of siblings back in February.

“It’s really awesome, and honestly, it’s one of the best things that’s ever happened to me, but I still have moments where I’m like, is this even real, like this is just not real, this can’t be real, this cannot possibly be real,” Papier said.

Papier said it all started when his twin brother, Spencer, asked for a 23andMe DNA Genetic Testing Kit for Christmas last year. His mother ended up getting him that present, not realizing how much information the testing would reveal.

Papier said, as soon as the test results were revealed, his brother was bombarded with messages through the genealogy site.

“He messages me being like, dude, this is so funny, I got my 23andMe test results back, and there’s like these bot scammers messaging me, trying to tell me that they’re our half-siblings, and I was like, dude, are you saying that dad isn’t our dad, and he was like, no, don’t be stupid, that’s ridiculous,” Papier said. “Then I get a call from my dad 10 minutes later telling me the truth.”

Cooper said Amazon Prime Day can leave her a bit anxious because that’s often when 23andMe kits go on sale. And, it’s becoming more and more common that, weeks later, when those test results come in, more siblings get added to the list.

Many of the siblings share some common traits, including similar eyes, a penchant for debate and a love of music. In fact, the musical tie should not be that surprising. The donor profile lists “very musical” as one of the donor’s characteristics.

One of the siblings, Sarah Isen, even appeared on American Idol, with her donor dad and several half-siblings tagging along for the audition.

“He fills that paternal role for the siblings that want him to and then kinda steps back and takes a more hands-off role with siblings who either aren’t ready to be in contact with him yet or who just don’t want that kind of parental, paternal vibe from him,” Cooper said.

Daley initially donated to a cryobank in California as part of a program to help LGBTQ+ couples, according to Cooper. But she says the bank strayed from its family limits, leading to the vast number of siblings spread across the country and beyond.

There already have been several family gatherings, and more are planned, one in the near future.

“It’s just something that is always going to be part of our lives, and that is a bit overwhelming sometimes to think about, that this is just our lives, from now until the end,” Cooper said.

It certainly helps a bit to have others going through the same thing. That is likely one reason the siblings stay in constant contact through messaging and video chats. And they share a peek into their lives via the family Instagram page called the Paper Plane Society. Some of the siblings even have paper plane tattoos.

Cooper explains the significance of the paper plane by saying it represents a way of bridging the distance with communication, also pointing out that many messaging apps and email programs use the paper plane symbol for their “send” functions.

With so many siblings at this point, it should come as no surprise that some of them knew each other. Some actually attended the same school in Arizona; others lived just streets apart in Chicago.

So that brings up the inevitable concern about dating and accidentally crossing paths with a half-sibling. Cooper and Papier were quick to say that asking some probing questions from the get-go is a must.

But they also think honesty from families who use donors and the donors themselves is important.

Cooper believes donors should be willing to share and update their medical histories for the sake of their offspring.

And Papier, who is still digesting the news about his expanded family, goes one step further.

“If you’re having kids through donor conception, tell them,” he said. “Just tell them, like, please tell them. The best thing we can learn from like this thing being pretty new in our society is just learning that we should be honest with your children about who they’re genetically related to. That is the most important takeaway, I’d say.”