Kristen Foley says it didn’t matter if the Boston Marathon was canceled or not; she had a goal to meet. 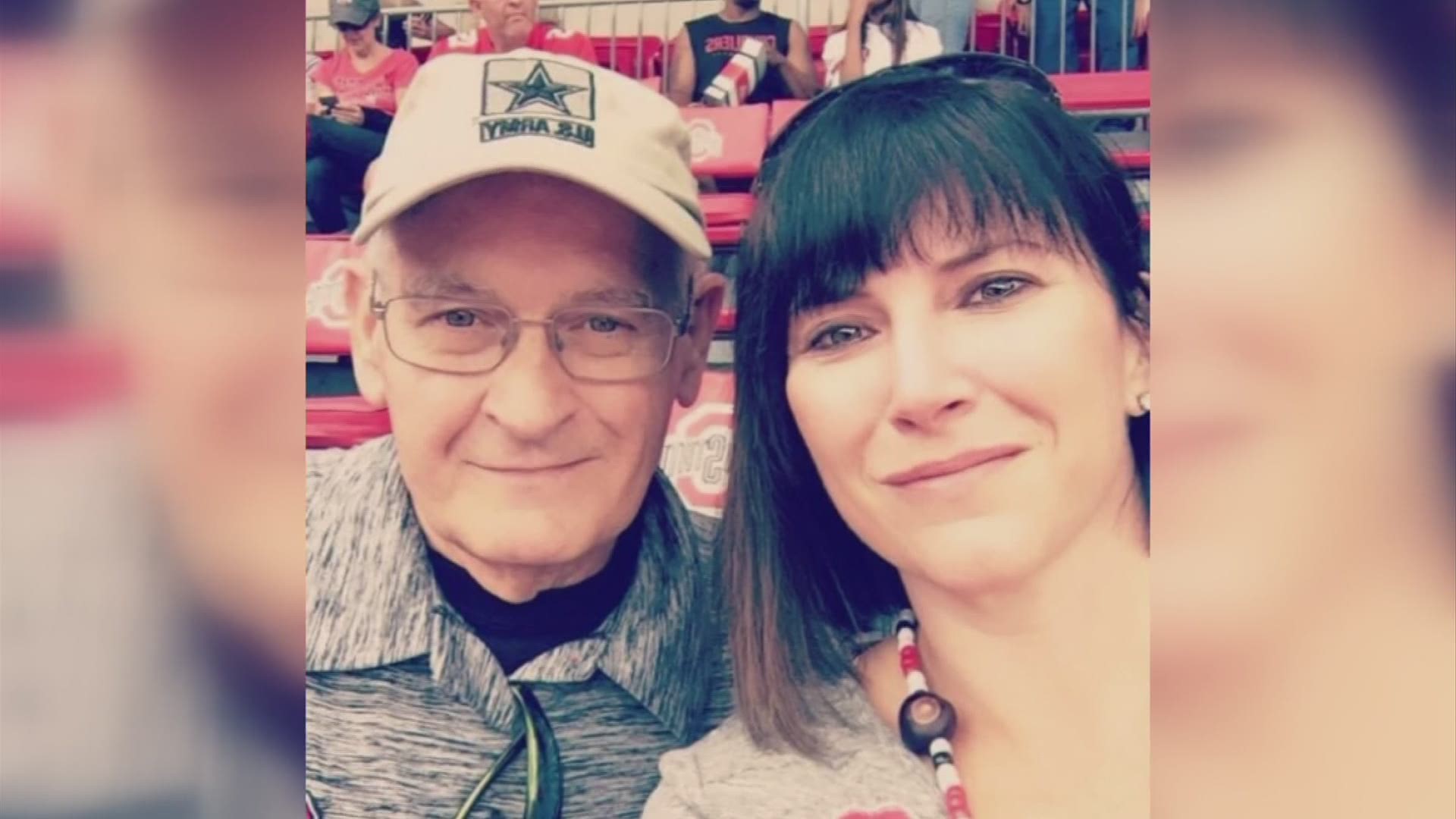 This story starts with the “why.” Why Kristen Foley wanted to do what she decided to do.

“It was something I thought I could do for him,” she said.

She says it’s the only thing she could control. Her father, Tom, was diagnosed with leukemia back in 2014. They caught it early, but it’s the unknown that worries her. He goes back every 3-6 months to have his blood checked.

This, though, she could control.

“And, I knew that I was never going to qualify for the Boston Marathon,” Foley said. “I run, but I’m never going to be that fast. I decided to look into charities.”

Foley is a runner. She ran in the Columbus Marathon in 2011 and 2012. In 2013 she ran 13 half-marathons. Last year she contacted the Leukemia Lymphoma Society. There were a series of interviews and forms to fill out but by October Foley was selected. Out of about 2,000 charity entries for the Boston Marathon, she was one of 40 who would be running for the Leukemia Lymphoma Society.

And with it came a heft goal.

The race was to be in April. The COVID-19 pandemic pushed it to September. Then, in May, it was canceled altogether.

But still, she continued raising money.

Just this week Foley not only met but surpassed her goal by raising more than $25,000. It would have been great to run in the Boston Marathon, but even though it was canceled, she says she still had people she couldn’t let down.

It remains to be seen how 2021 will be handled. Foley hopes the Boston Athletic Association will, essentially, rollover 2020 participants in order to run next year. But, even if she doesn’t, she has much to be proud of. For her. For the Leukemia Lymphoma Society. For her “why.”

Foley says her team has collectively raised almost $600,000 since October.