The 23-year old was shot death by a Franklin County Sheriff’s Deputy on Dec. 4th. 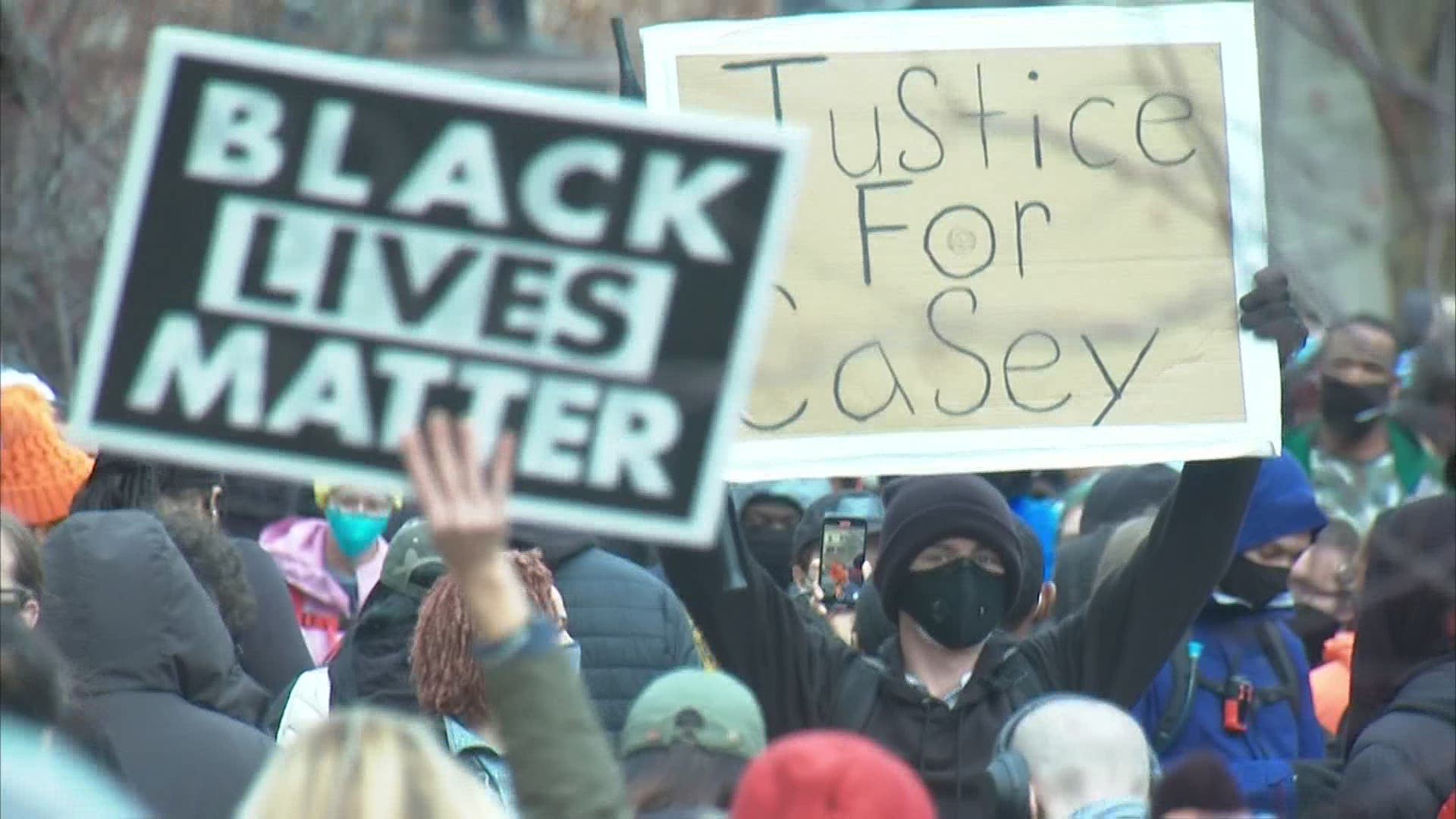 COLUMBUS, Ohio — For the first time, the siblings of Casey Goodman Jr. spoke about the loss of their older sibling.

“Casey was not only my brother he was my best friend he was also a father figure for me,” said his younger sister.

His younger brother said Casey was the kind of big brother who watched out for his siblings by walking them to the store or the park.

“No matter if it was rain sleet or hail he would do anything for us,” he said.

All of them questioned why their brother was killed.

“My brother is not stupid enough to pull a gun to a cop,” said his sister.

Goodson's mother, Tamala Payne, called on those who attended to protest peacefully.

“My son was murdered in cold blood,” she said.

The Dec. 4th shooting involved Franklin County Sheriff's deputy Jason Meade who was finishing up an assignment with the U.S. Marshals Service fugitive task force when investigators say Goodson drove by and waved a gun at deputies.

Meade's attorney said Goodson pointed his gun at the officer during what police say was a verbal exchange between the two.

According to Goodson's family, he was returning from a dentist appointment with three Subway sandwiches in his hand when he was shot at his grandmother's doorstep.

Goodson died from multiple gunshot wounds to his torso, according to a preliminary report from the Franklin County Coroner.

There were no witnesses and Meade did not have a body camera to capture the shooting.

The Columbus Division of Police is handling the investigation into the shooting and the US Attorney's Office in Southern Ohio has opened a civil rights investigation. Police said evidence in the case will be given to the Franklin County Prosecutor's Office to review and present the findings to a grand jury.