The video shows officers using several methods to try and wake up Hooker, who was passed out at the wheel in the drive thru of a Columbus McDonald's restaurant. 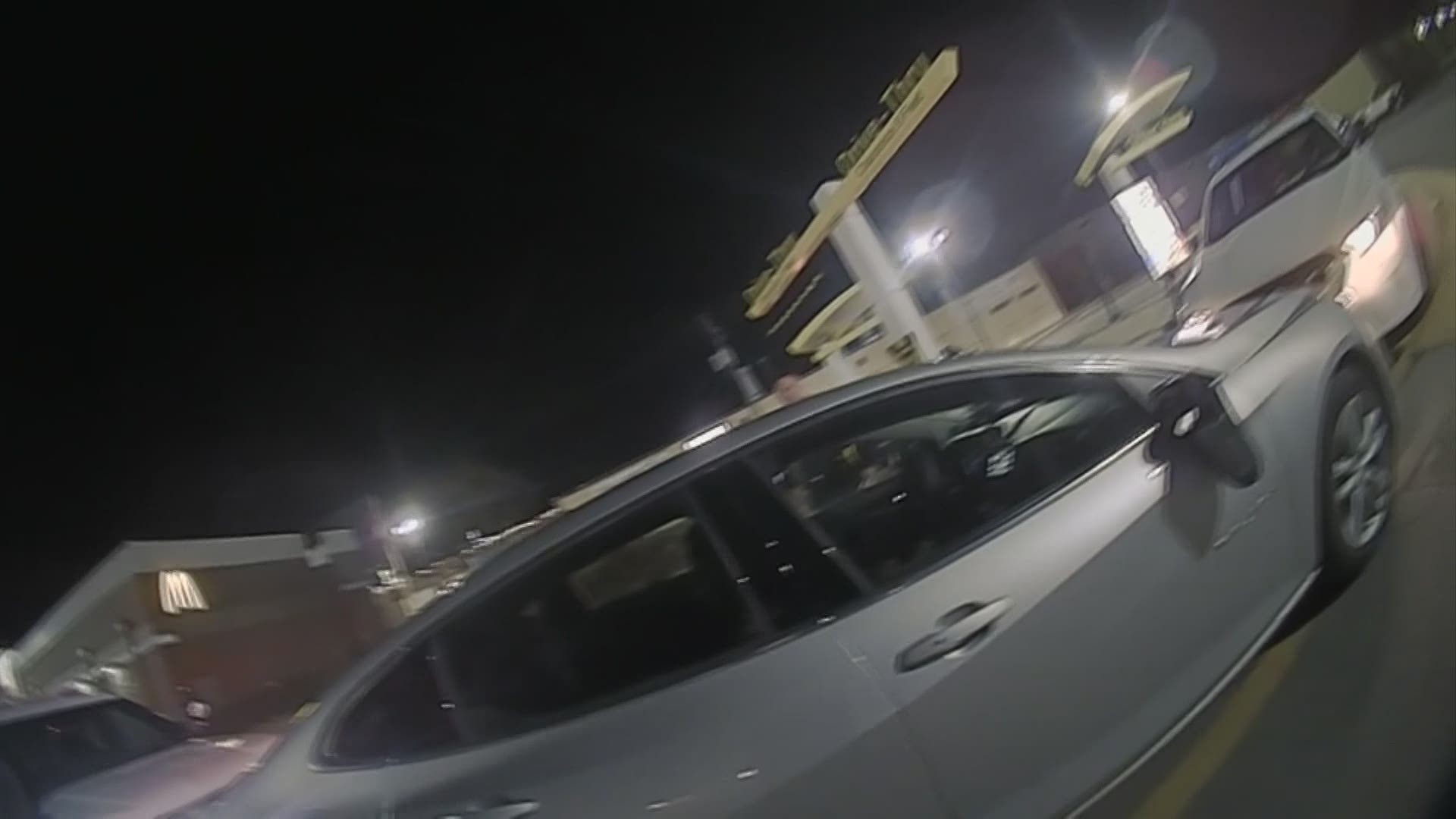 COLUMBUS, Ohio — Newly acquired dash and body camera video from Columbus police shows how officers tried to wake up Ohio State Football player Marcus Hooker after he was found passed out behind the wheel at a local fast food restaurant.

The encounter with officers on March 13 led to Hooker being charged with OVI.

A manager at a McDonald’s on West 5th Avenue called police just before 2 a.m.

The video shows officers having to use several methods to try and wake up Hooker, who officials say was passed out at the wheel in the drive thru.

Officers tried several methods to wake up Hooker, including knocking on the car's window, rocking the car and use of the police air horn. Eventually officers had to break the right-rear passenger window to unlock the doors.

Police had to pull Hooker out of the vehicle and wake him up.

The vehicle was taken to CPD's impound lot.

Hooker has been suspended from the Buckeyes, but a spokesperson for the team said there’s no timeline for the suspension.

He was also charged in Pennsylvania in 2018 with driving under the influence, disregarding traffic lanes, careless driving, not having rear lights and the purchase of an alcoholic beverage by a minor.