"Our city has had enough," the Columbus Division of Police tweeted Saturday, announcing that 59 people were arrested on the third day of protests. 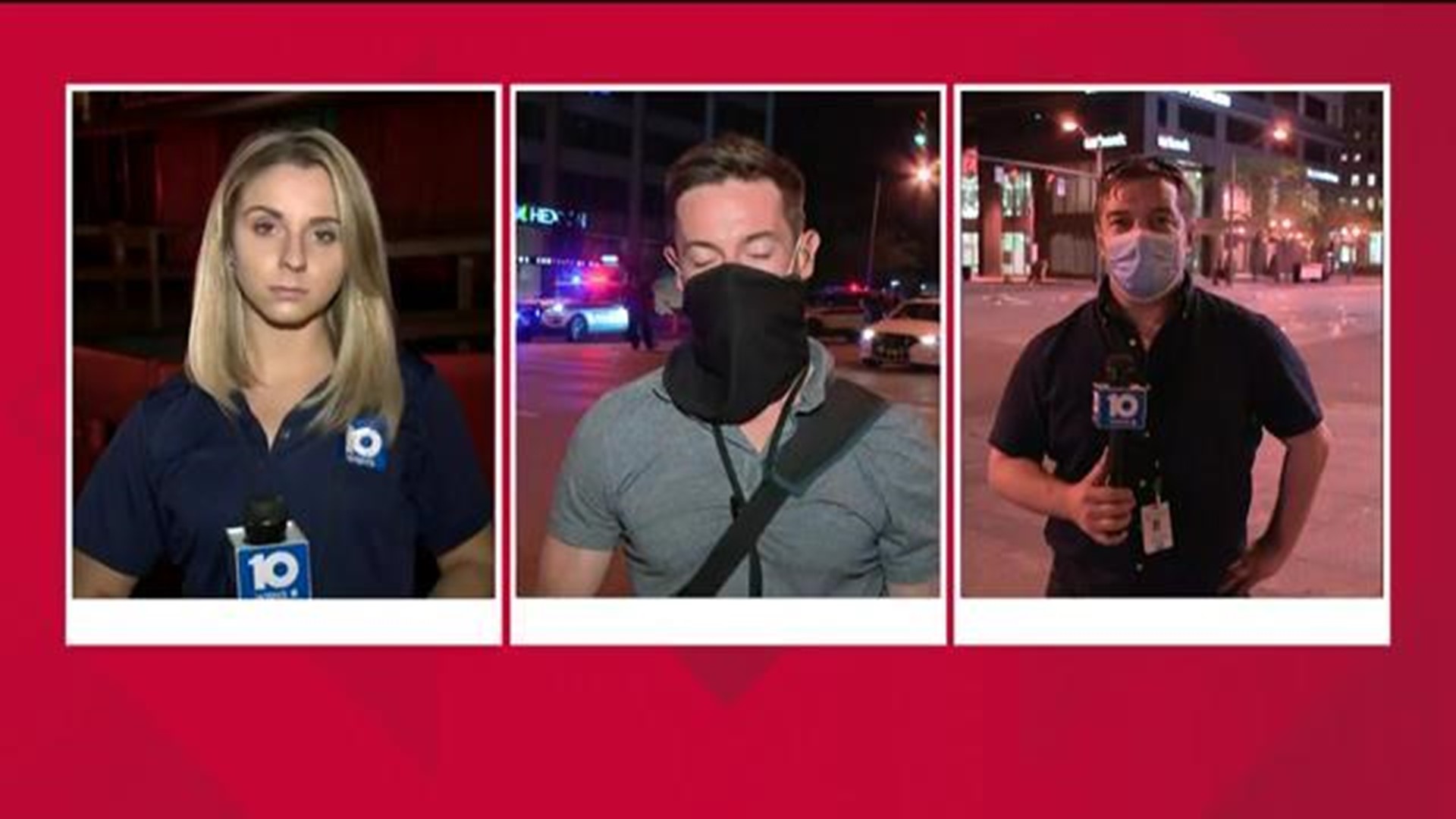 COLUMBUS, Ohio -- After a third straight day of protests, Gov. Mike DeWine has called in the Ohio National Guard and asked the highway patrol to help enforce laws in Columbus amid protests over the death of George Floyd in Minneapolis.

The Columbus Division of Police says their officers are working hard to make sure destruction and violence doesn't overshadow the voices of protesters.

"Our city has had enough," the department tweeted Saturday, announcing that 59 people were arrested on the third day of protests in the city.

City curfew in effect from 10pm-6am until @MayorGinther rescinds it.

Our officers are working hard to make sure violence/damage to people & businesses/landmarks is not overshadowing voices of protestors.

Our city has had enough. pic.twitter.com/B7c3pkgBBV

Columbus Mayor Andrew Ginther said more than 100 public and private properties had been damaged and at least 10 robbed of goods, five police officers were injured by thrown bricks or rocks and police vehicles had been set afire.

Ginther said he believed racism “is a public health and safety crisis” and he wanted to see a more equitable city, but “we are now at a point that we can no longer tell who is protesting for change and an end to racism and who has only chaos and destruction in mind.”

The city of Columbus remains under curfew from 10 p.m. to 6 a.m.