Liberty was a member of the Columbus Division of Police's mounted unit. She passed away in May after getting sick at 16 years old. 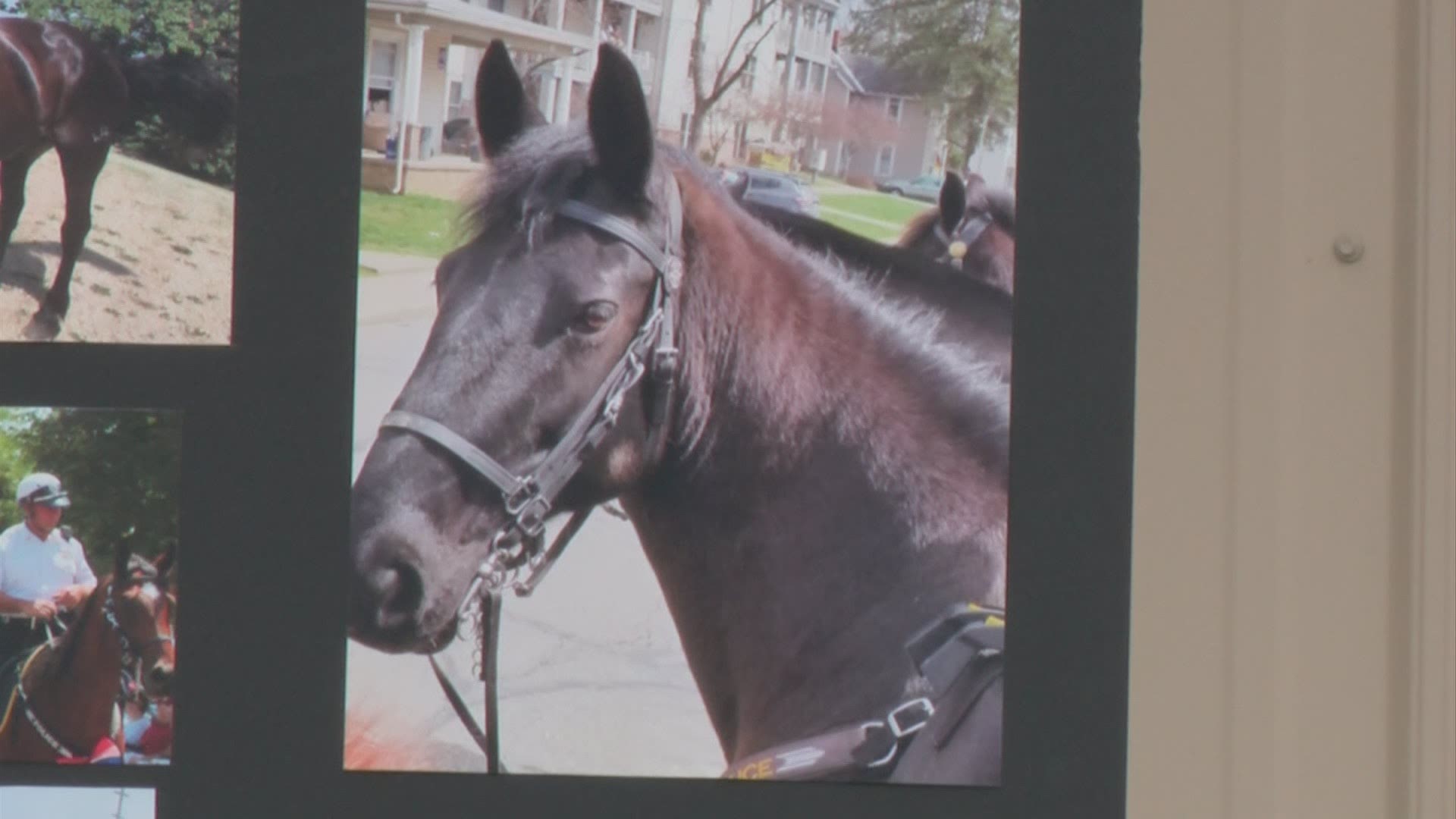 COLUMBUS, Ohio — Columbus police said goodbye on Thursday to one of their members

Liberty was a member of the mounted unit. She served for Columbus police for 5 1/2 years.

She got sick and passed away in May.

Liberty was remembered in a service at the division's horse barn.

Retired Sergeant Bob Forsythe rode Liberty for four years in events across the country, and those here at home like Red, White & BOOM!

Forsythe says he will miss her, and the effect she had on crowds.

We are sad to share we had to put down Liberty today. She was 16yo & a beloved member of CPD’s Mounted Unit.

“I held her head & she kept looking at me. I didn’t want to let her go.” pic.twitter.com/HYrFjsreJX

“It still brings out the good in people. They could be standing on the side calling you every name in the book, and then when it is all said and done and the show is over, they want to come up and be the horse's buddy. They lower the temperature out there as well,” Forsythe said.