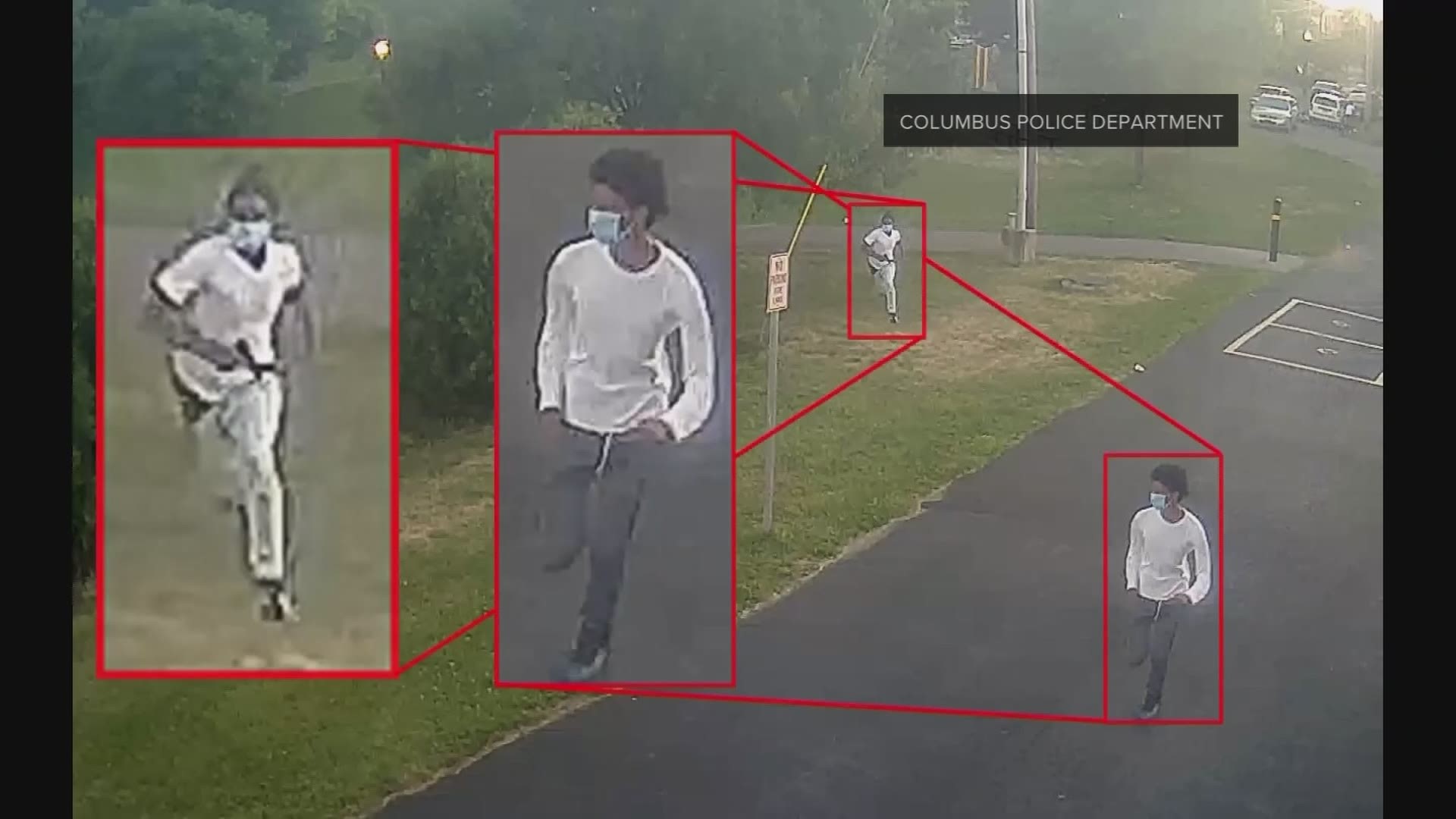 Police are asking for help identifying persons of interest in a shooting at a vigil last year.

The Columbus Division of Police released surveillance video on Twitter Monday night. The video is from a vigil at Weinland Park on July 17, 2020, honoring Tavion Walker, 20. Walker was shot and killed on July 15 in an alley on N. 4th Street.

Police said several men walked up and fired shots at the vigil, hurting four people. In the video released by police, you can see several men running from the park, one man is seen firing shots as he runs away. Police also point out three vehicles of interest.

Police believe those involved in the shooting at the vigil are also responsible for Walker's murder.

Anyone with information is asked to contact Det. Byrne at 614-645-4730 or jbyrne@columbuspolice.org or Central Ohio Crime Stoppers at 614-461-TIPS.