Police said the comments were heard after a review of body camera footage from the arrest of Timothy Davis. 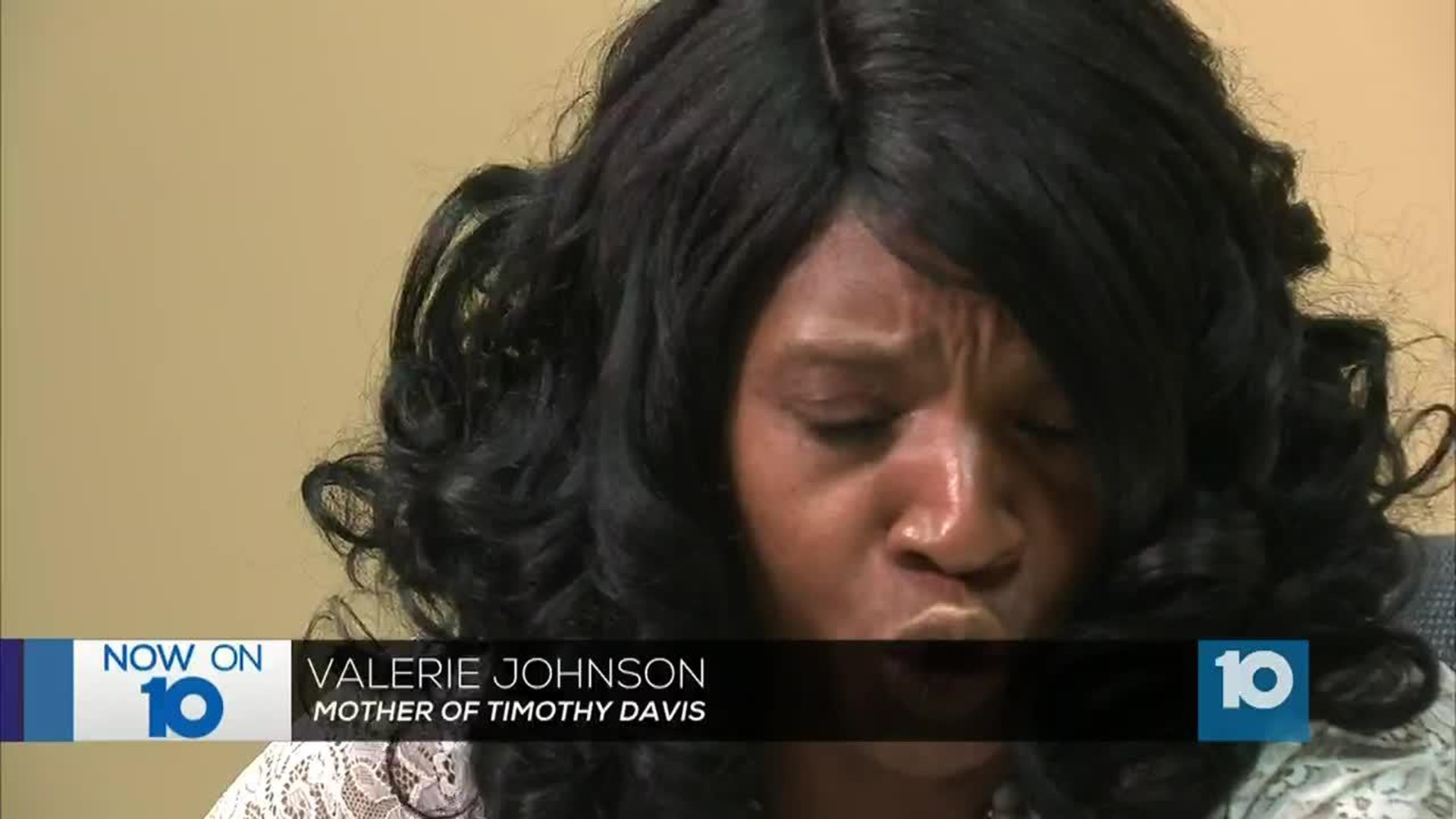 The Columbus Division of Police has removed an officer from his patrol for “inappropriate and unprofessional comments” following an arrest earlier this month.

Police said the comments were heard after a review of body camera footage from the arrest of Timothy Davis.

It does not appear the officer in the footage was involved in the arrest of Davis, according to police.

"I am appalled by the statements made by this officer," Columbus Police Chief Kim Jacobs said in a released statement. "They are not consistent with the training of our officers. Accountability and transparency are vital to our entire community and every member of the division."

Jacobs said they have taken the officer's badge and weapon pending further investigation. The officer was later identified as Joseph Bogard.

Valerie Johnson, Davis' mother, says the officers attitude only reinforces her belief that the police went too far.

"Just close your eyes and you picture your son or daughter being beat. How would you feel?"

“I have reviewed the body-worn camera video, and I am incredibly bothered by the words of the officer in question. I strongly support Chief Jacob’s decision to remove the officer from duty. This is unacceptable behavior for Columbus police officers – or any city employee – and cannot be tolerated. It goes against our community’s values. I appreciate Chief Jacob’s transparency, and her and swift action in this matter.”

Today, the above-named Columbus City Councilmembers viewed body camera footage that contained statements made by a Columbus Division of Police officer following the September 1, 2017, apprehension of Timothy Davis. We not only find these statements unacceptable and disturbing, but they are also in direct conflict with our community’s values and the policies, training, regulations and core values of the Columbus Division of Police. The Councilmembers support Chief Kim Jacobs’ swift action to take the officer’s badge and gun and immediately relieve him from duty. We also expect a complete and thorough investigation of the entire incident.