Columbus police say two officers had joined in a search for a stolen car when one of the officers slammed the cruiser into a tree. 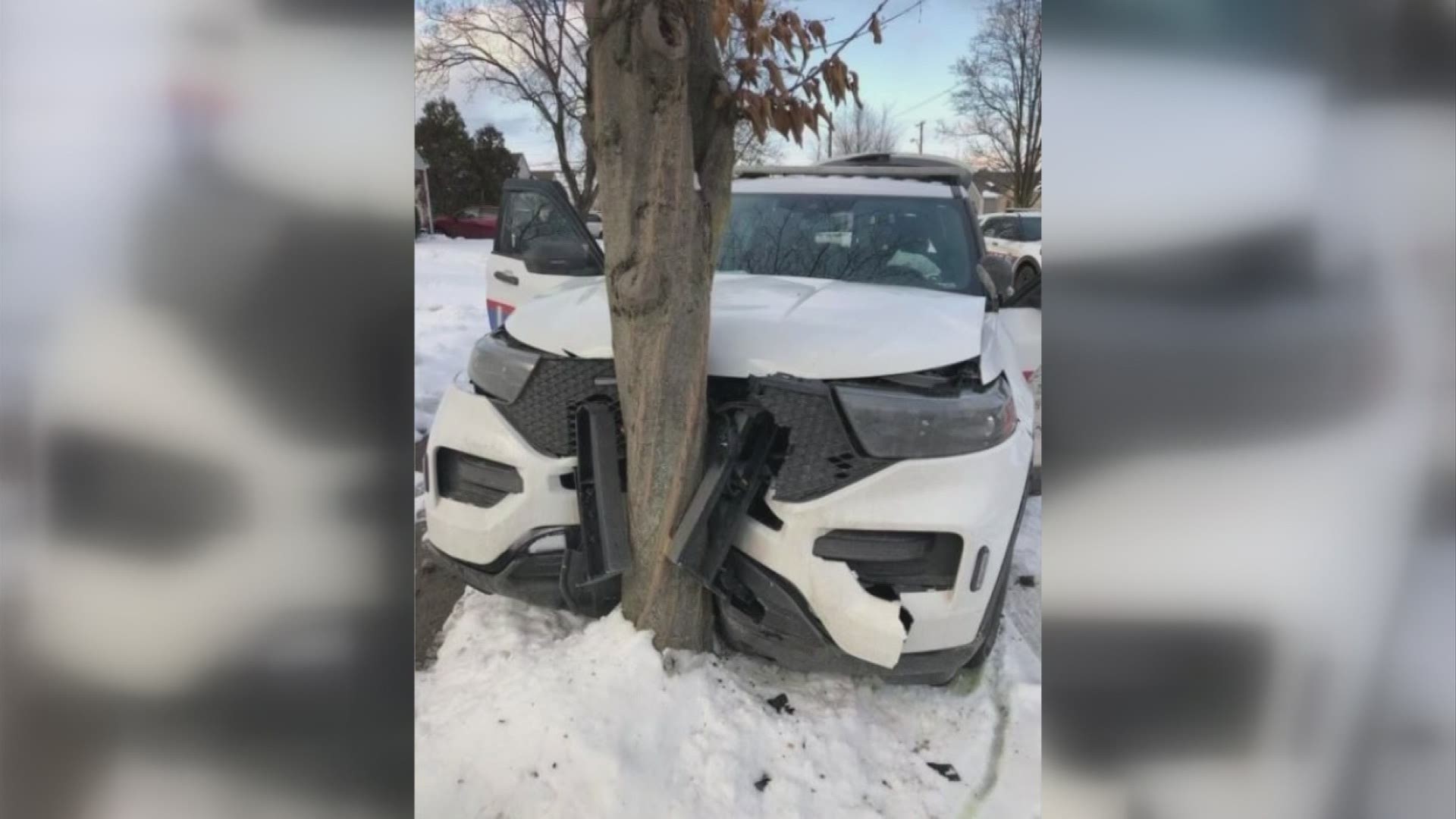 COLUMBUS, Ohio — A day after Columbus police and several other agencies came together to warn the community about juvenile crimes, an officer was injured trying to track down a suspect in a stolen car.

Columbus police say two officers had joined in a search for a stolen car when one of the officers slammed the cruiser into a tree.

“I heard the siren first. I ran to the door and I'm seeing this police car on the tree,” one neighbor said.

The suspect they arrested was a 13-year-old boy. Officers also recovered a handgun.

Neighbors in the area say they are concerned about the violence by juveniles in the neighborhood.

“I was afraid, I was, I was really afraid,” the neighbor said.

One officer involved in the crash seriously hurt her neck.

“She's got a ways to go and hopefully no surgeries or anything like that. She has a long road to recovery,” said Fraternal Order of Police President Keith Ferrell.

This crash comes just a day after several agencies warned about juvenile crime, including stolen cars.

“That Thursday they had 12 or 14 different stolen cars. Here's another one where an officer got hurt, someone from the public could have been hurt,” Ferrell explains.

Neighbors are hoping the suspects are caught and stopped.

“It scares ya. But I'm not moving,” the neighbor said.