Columbus Police Sergeant Joe Albert said they responded to the store and investigators are reviewing videos that were posted online. 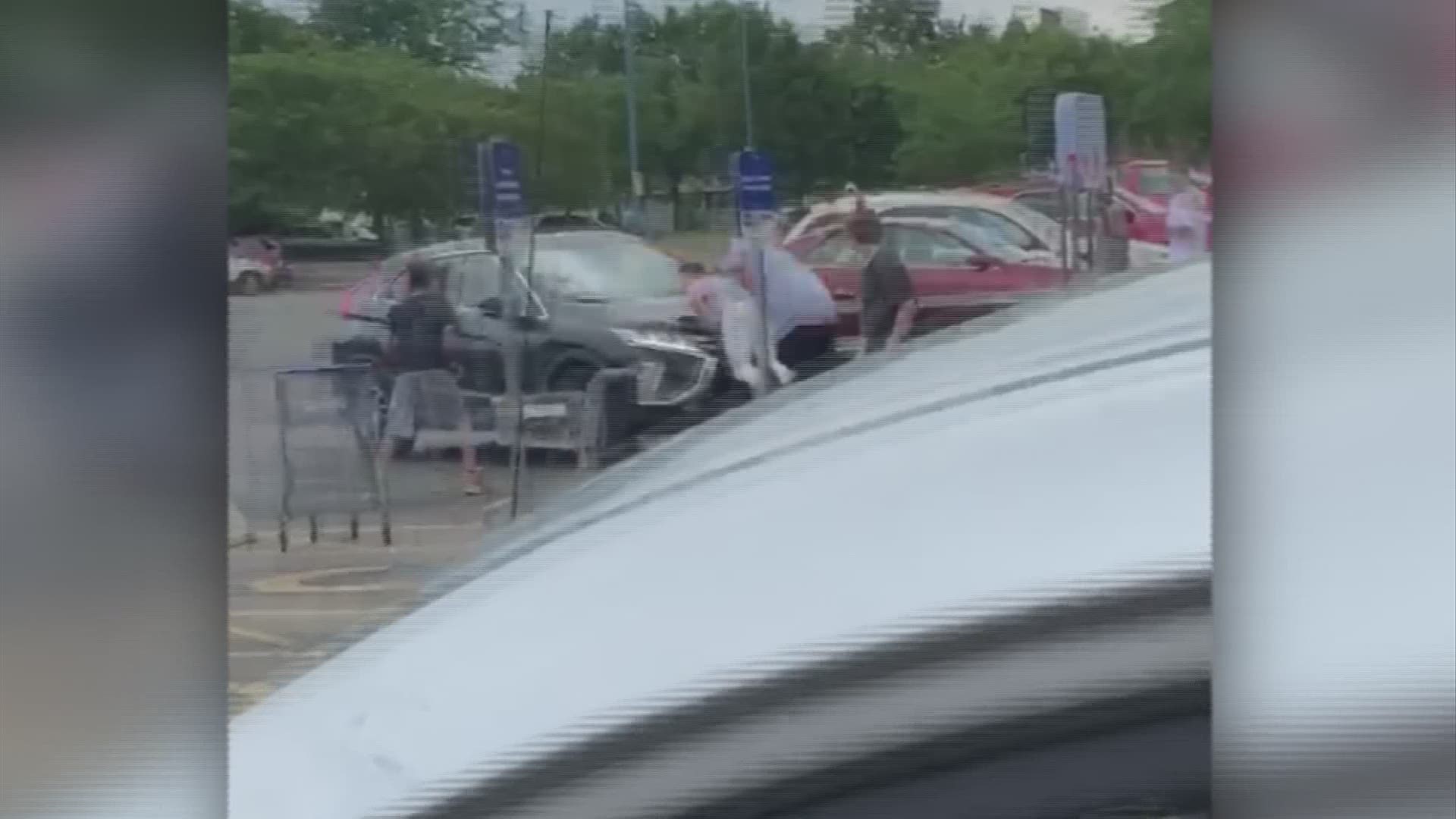 COLUMBUS, Ohio — The Columbus Division of Police is investigating a fight that happened over the weekend outside the Kroger on Soldano Boulevard near the intersection of North Wilson Road and West Broad Street.

Columbus Police Sergeant Joe Albert said they responded to the store and investigators are reviewing videos that were posted online.

The gentleman who took one of the videos, who asked to remain anonymous, said he was there with his family.

“I was in shock cause you don’t see that every day like hopefully the guy is OK you know.”

He said he was waiting in the car while his family shopped inside.

He told us he heard shouting and saw two women fighting. He then heard another person nearby yell, “they’re fighting.”

The man then said he saw one of the women get back into her car.

That’s when he said he saw more people get involved and things escalated quickly.

“They were smacking the car, smacking on the window for the other girl to come back out.”

In the video, it shows a driver slamming into a man in the parking lot, then into two men.

“Everybody has seen the video and how disturbing that is,” Sgt. Albert said.

He said when it comes to incidents like this, there are many parts that needed to be considered and reviewed.

“We have to get on scene as quick as we can and preserve the scene and speak with as many witnesses as we can that were willing to come forward and talk to us,” Sgt. Albert said.

Sgt. Albert said at this time they aren’t able to release any more information and that it is an ongoing investigation.