Columbus police and the Starfish Assignment surprised the boys with a VIP behind the scenes tour of the division's facilities and brand new bikes. 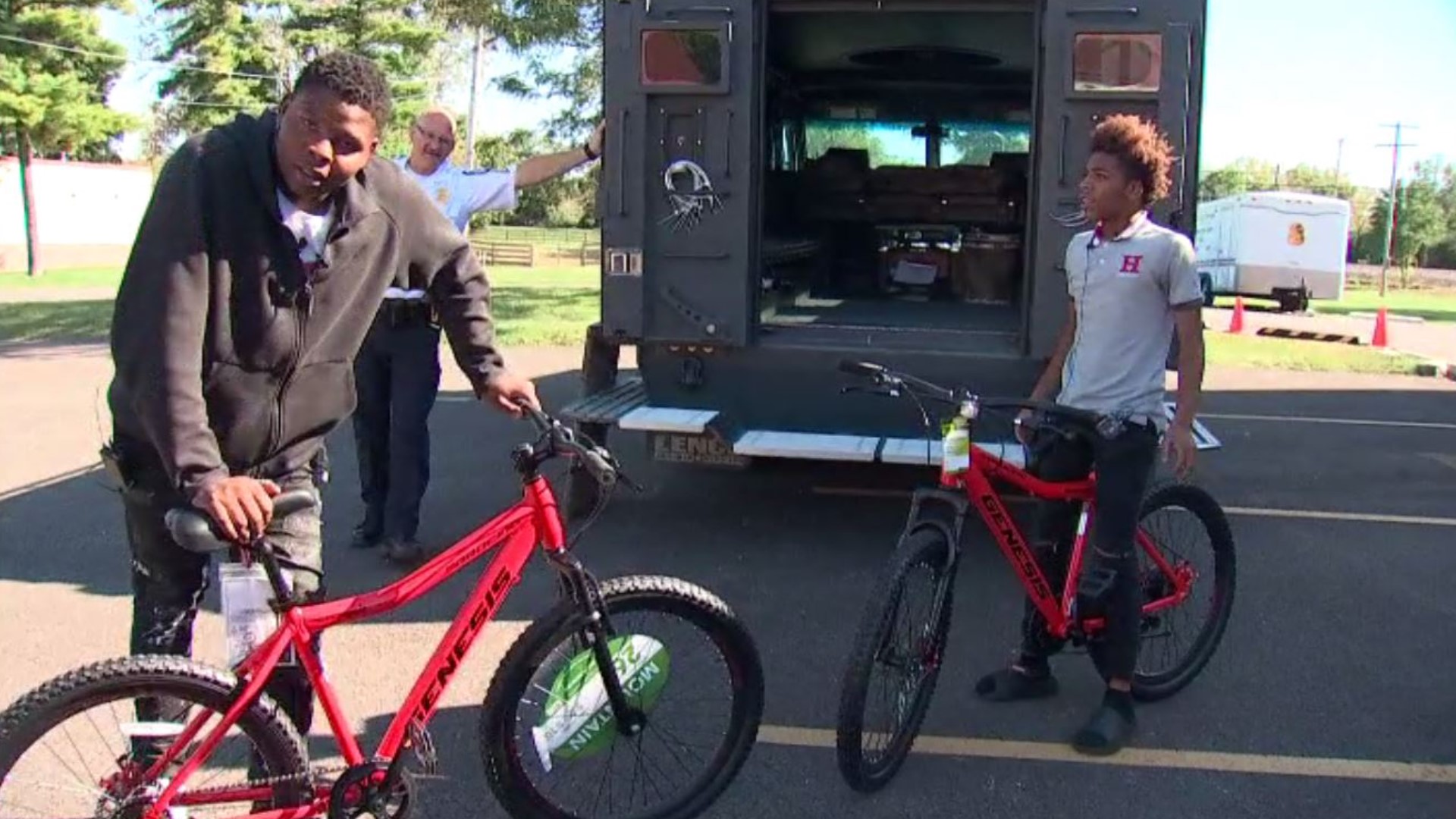 COLUMBUS, Ohio — Columbus police and a nonprofit teamed up Sunday afternoon to recognize two teenage boys who prevented an elderly neighbor from being burglarized.

Police said Aaron Hunt, 15, and Desmar Woods, 14, from Walnut Ridge High School were riding their bikes and noticed a man attempting to enter an 80-year-old man's home on Sept. 5.

The teenagers not only stopped the suspect but with the help of a neighbor, kept the suspect from leaving. The boys then gave statements to detectives, allowing them to file charges against the suspect.

Columbus Police Burglary Detective James Francis said without the actions of these boys, the suspect would have gotten inside the house and victimized the 80-year-old man.

“They saw the individual lifting up the window to the rear of the house, trying to get in. At that time they took some action, which prevented him from doing that. They got the attention of other neighbors,” said Francis.

Columbus police and the Starfish Assignment surprised the boys with a VIP behind the scenes tour of the division's facilities including the Mounted Unit and SWAT.

The teens say they were just doing the right thing, what they would hope others would do for their family, but appreciate the gratitude.

“They call me Mr. Helper Man at school,” Hunt said.

Plus, the detective noticed the boys' bikes weren't in the best of shape. Thanks to a Starfish donor, the boys got two brand new bicycles with locks and helmets.

The suspects from this incident have been arrested and charged.