A video captured an arrest of a man being disruptive in a gas station on South High Street overnight. 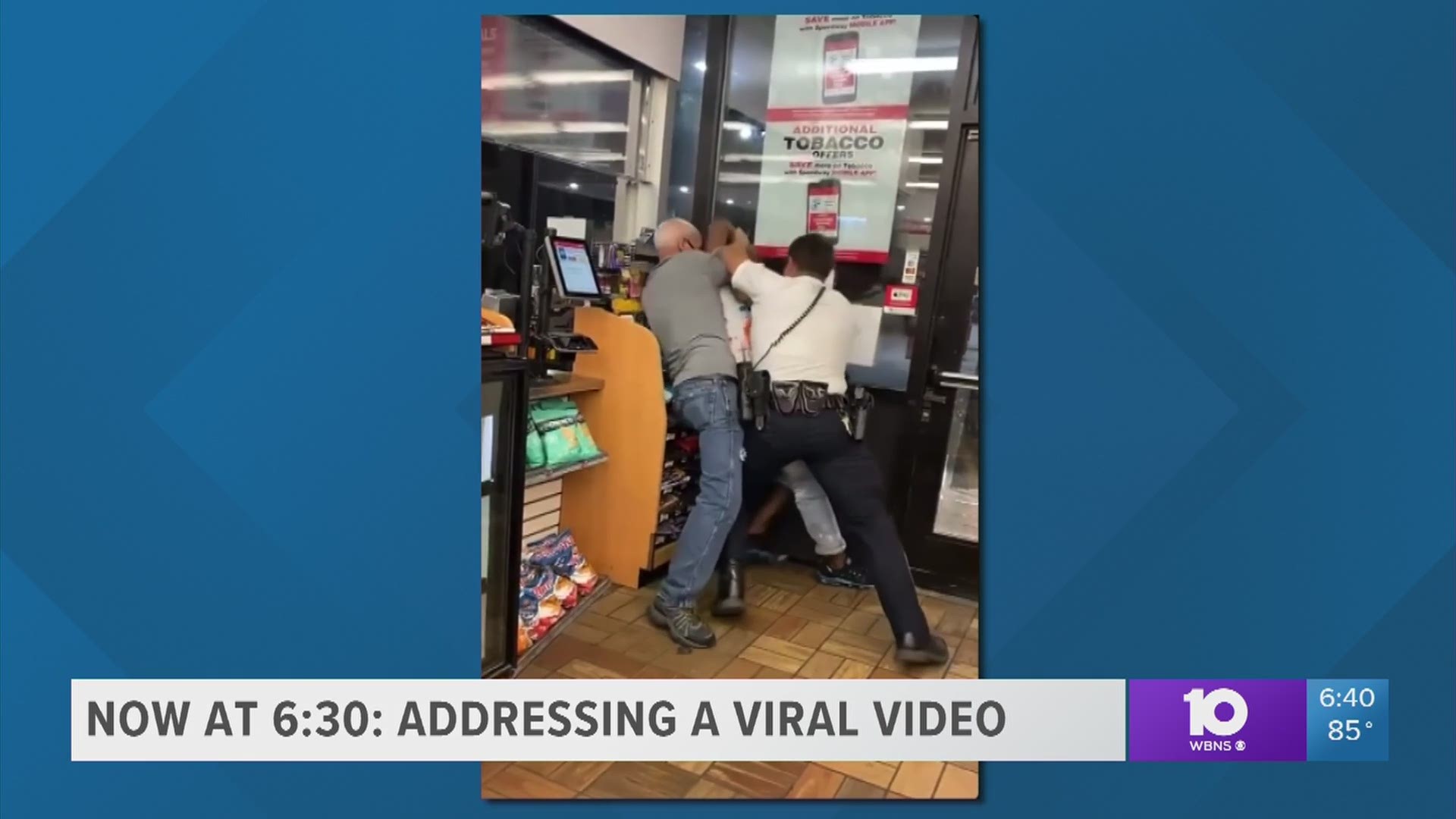 The video shared on Instagram Friday, lasting one minute and thirty seconds, shows the arrest of a man at a Speedway gas station in south Columbus, located at 1165 South High Street.

“A 1:30 video does not depict what really happened,” Bryant said. “There’s more to than what happened in the video.”

Bryant said the man, later identified as 30-year-old Shawn Hanna in court documents, was disruptive toward the clerk and was asked to leave the store.

When Hanna refused to leave, the clerk then asked for police assistance.

According to court documents, an officer working special duty at the gas station asked Hanna to leave and tried escorting him out, which then led to an altercation between the two.

The video shows an officer wrestling and shoving Hanna inside the gas station. The man yells, "Get off me. Get off me."

The officer is then shown to put a handcuff on the man, but the suspect continued to resist arrest.

Court documents say at this point during the scuffle, Hanna punched the officer in the face. The officer then called for assistance.

Police believe mace was used to detain the man. He is charged with felonious assault, assault and criminal trespassing.

Bryant said the clerk and the officer suffered minor injuries. The use of force is under investigation, but Bryant stated the officer did the right thing.

“I stand by behind my officers when they do the right thing,” she said.

In the video, a woman was seen opening the front door and hitting the clerk and the officer and telling them to "let go of him."

Police said investigators are attempting to identify the woman.