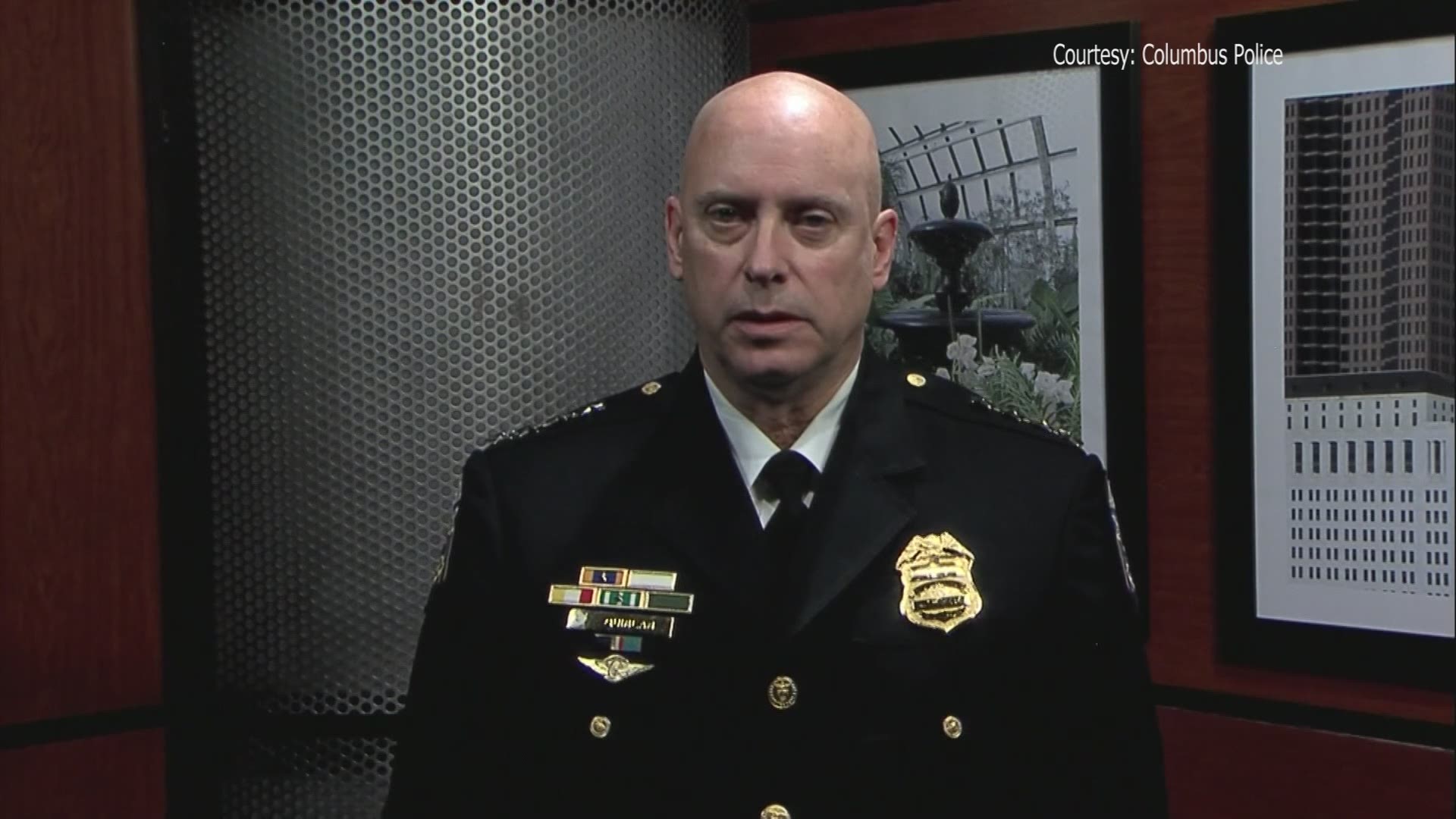 Chief Quinlan says he has filed two departmental charges alleging critical misconduct against officer Coy, which will now go to the director of public safety.

Quinlan said, "The process of departmentally charging an officer typically includes a hearing before the Chief of Police before a determination of wrongdoing, or any discipline"

However, Quinlan said he has bypassed that step.

"Like all of you, I witnessed his critical misconduct firsthand via his body-worn camera.  I have seen everything I need to see to reach the conclusion that Officer Coy must be terminated, immediately," Quinlan said.

The first is related to officer Coy's unreasonable use of deadly force, failure to activate his body-worn camera and failure to render aid to Hill, according to Quinlan.

The second investigation pertains to the additional officers involved in the case who either failed to activate their body-worn cameras or failed to render aid.

Quinlan said any officers who violated the policy will be held accountable.

"As Chief of Police, it is solely my duty to bring charges against officers, make recommendations for discipline, and deliver my findings to the Director of Public Safety.  Some have asked why they haven’t seen me publicly over the last 48 hours. This is why. I have spent every waking minute evaluating the facts of this horrific shooting, the legal options at my disposal, and setting the necessary process in motion," Chief Quinlan said.

Officers responded to Oberlin Drive just after 1:30 a.m. Tuesday after getting a non-emergency call about a man sitting in an SUV, turning it on and off.

The Columbus Division of Police said the officers arrived at the scene, saw a garage door open and a man was inside.

The man, later identified as Hill, walked towards the officers with a cell phone in his left hand. Coy, a 19-year veteran with the division, shot Hill.

Coy did not turn on his body camera until after the shooting, but the technology inside the camera records a 60-second look back, but it does not have audio.