A Columbus-based non profit says it could soon be producing 1,000 ventilators a week for distribution. 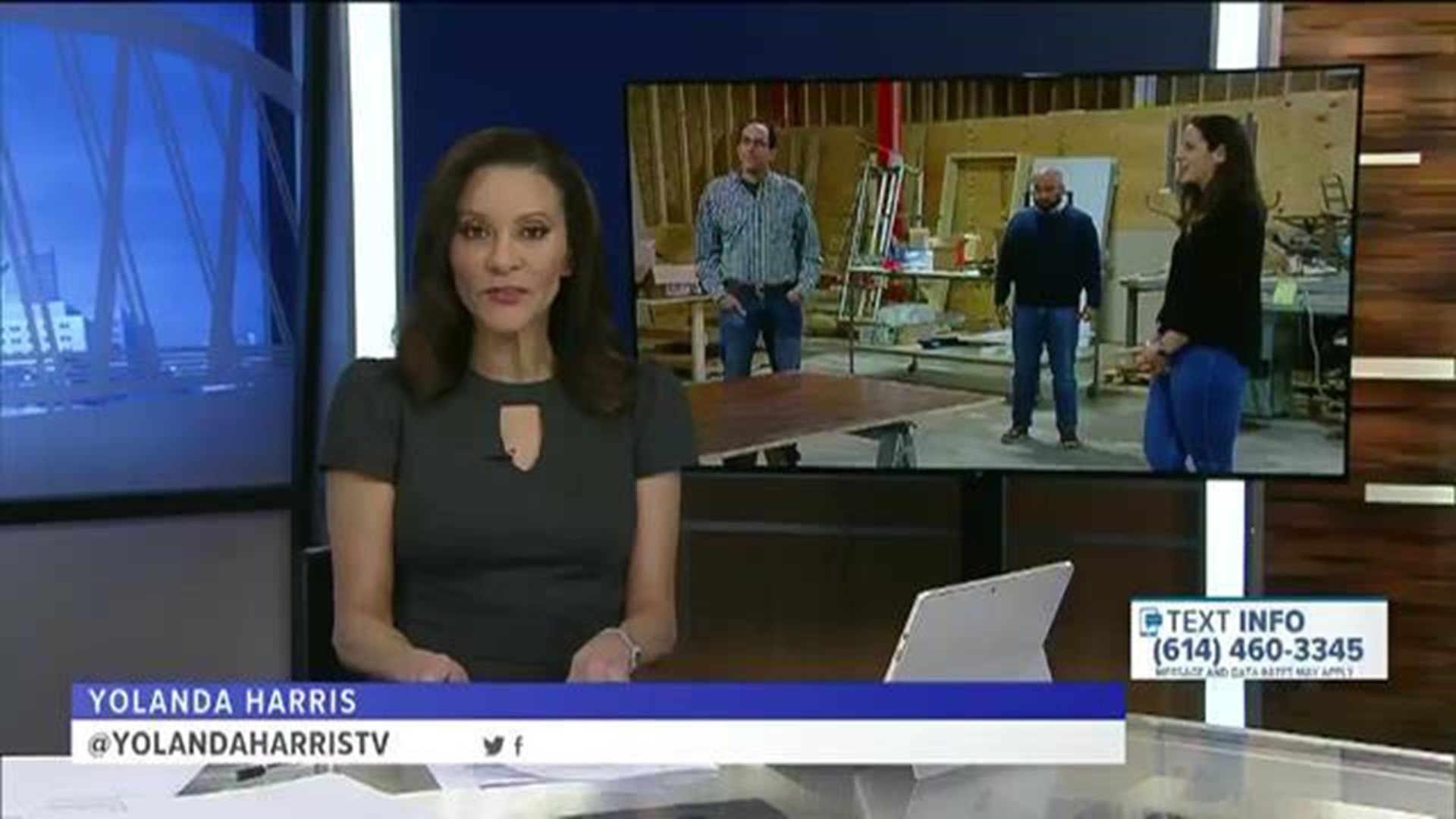 COLUMBUS, Ohio — A Columbus-based non profit says it could soon be producing 1,000 ventilators a week for distribution.

Tarik Yousef owns T. Y. Fine Furniture. Inside his Columbus workshop, production has all but stopped because of COVID-19. Still, Yousef says he kept having a thought.

"The idea kept nagging me that essentially I had all the basic skills and experience to do this," he said. "And, it's all just sitting there."

The more he heard about other companies producing ventilators the more he thought of the timeline. He says the turnaround for big companies to shift gears to design and create life-saving breathing machines could cost crucial months or years.

In the past few weeks, multiple reports have indicated a national shortage of ventilators.

"It just became really clear that, for the first time ever, really, this is a problem that can only be solved by small businesses," Yousef said.

Yousef, his life-long friend Amanat Ahmad and Liz Stump came up with an idea; a non-profit, COVID-19 Ventilator. Yousef, a mechanical engineer, came up with the design.

"The majority of the mechanical parts in this are actually something we can make in house," Yousef said.

COVID-19 Ventilator started a GoFundMe page to help with the start up costs of production. As of Thursday, about $15,000 had been raised.

In 11 days, from concept to creation, the finished product; an emergency ventilator.

It's design is simple enough, Yousef says, by using as few parts as possible, while using as much automation and computer controlled equipment as possible, which cuts down on manual needs. The device can also be customized to each patient's needs.

With FDA's approval and a patent on the COVID-19 Ventilator, they can then take orders from hospitals. Already, Yousef says Columbus hospitals are interested and one of them has told Yousef as soon as it's approved by the FDA, it will take 100.

Normal ventilators in hospital rooms cost upwards of $10,000 each. The one Yousef is making costs $1,000 each. He says selling the product will not make money, other than covering the costs to create more.

"The goal of this is to treat COVID-19 patients and address the immediate need for ventilators," Yousef said.

Once FDA approved, Yousef and his team look to make 1,000 ventilators a week. They'll also be able to take the blueprints of their product and ship them out to other cities and states, nationwide, and train facilities to begin production for their own local hospitals.

Along with the pending FDA approval, COVID-19 Ventilator expects the approval of its 501 C-3 and the patent of its ventilator design, next week.