Ginther said Columbus police officer Adam Coy violated department policy by failing to turn on his body camera in time and by failing to render aid to Andre' Hill. 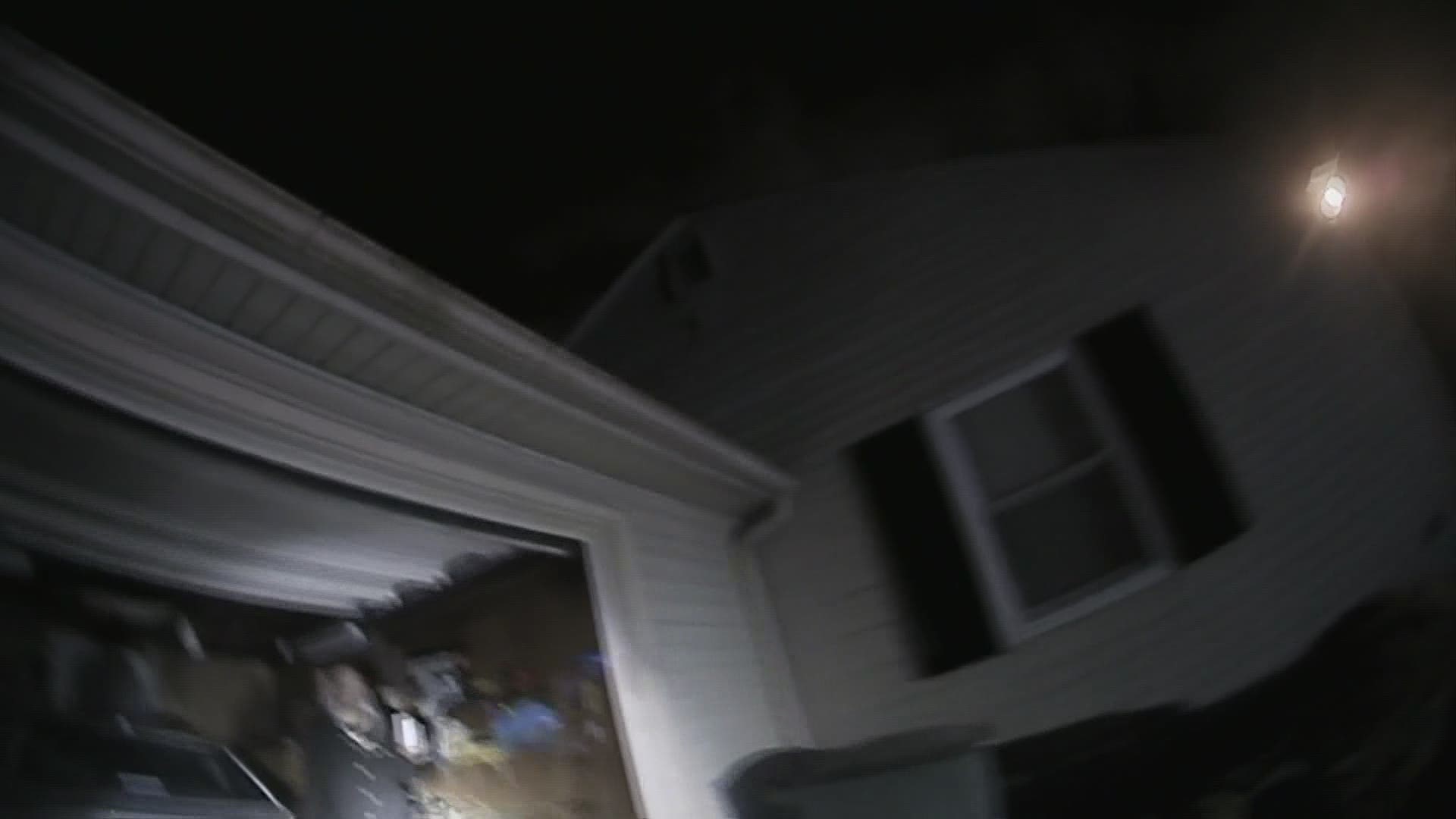 COLUMBUS, Ohio — Columbus Mayor Andrew Ginther stood before cameras for a second day in a row to voice his anger, frustration and disappointment in the deadly shooting of Andre' Hill.

“If my father or brother were walking out of my garage, would the result have been the same?” the mayor asked.

Ginther is calling for the immediate termination of Columbus Division of Police Officer Adam Coy, who fatally shot Hill inside a garage on Oberlin Drive early Tuesday morning.

According to police, officers were dispatched to Oberlin Drive in northwest Columbus just after 1:30 a.m. after receiving a call about a suspicious vehicle.

Coy’s body camera footage shows Hill walking toward the officer while holding up an illuminated cell phone. Hill’s other hand is not visible.

The footage showing the moments leading up to the shooting is silent because it is part of a so-called “look back” period, the previous 60 seconds that automatically record when a camera is activated.

Coy's camera was not turned on prior to the shooting.

“Columbus Division of Police’s core values are integrity, compassion, accountability, respect and excellence,” the mayor said. “But, in the body-worn camera footage we’ve seen, these values were absent and not on display while Mr. Hill lay dying.”

The footage shows Hill on the floor of the garage as Coy shouts demands at him, including asking Hill to roll over and show his hands. Hill does not move.

Eventually, Coy can be seen rolling Hill over.

But minutes go by before any officer on scene renders aid to Hill. That’s what Mayor Ginter says he finds most disturbing.

“I had never seen body-worn camera footage like that, where literally no attempts to revive and aid this man, who had committed no crime, was dying,” he said. “That is a stunning disregard for life, and, in this case, black life. That is unacceptable.”

Right now, Coy has been relieved of his duties but is still being paid.

Columbus Public Safety Director Ned Pettus Jr. pointed out that there is a process in place that must be followed before a police officer can be fired.

That process includes having the chief deliver the charges to the officer, ensuring the officer has representation and a hearing before Pettus himself.

“To our Black community, I say this: I know your pain, I understand your fears and your anger,” Pettus said. “But I am not just a Black man. I am the director of public safety. That carries with it obligations and responsibilities I cannot shirk.”

Ginther said the main focus will be on the two alleged violations – the failure to turn on the body camera at the appropriate time and the failure to render aid to the victim.

The city spent more than $5 million to outfit Columbus police officers with body cameras, and there are rules in place for how they must be used.

Kim Jacobs was the Columbus police chief at the time. She said the goal with the body cameras was to capture calls for service and officers' interactions with people.

Jacobs said while body cameras can't capture everything an officer sees, they are an important tool, especially for public trust.

10TV asked Jacobs if she believes officers have been properly trained on how to use body cameras given recent shootings.

"I believe the training is there. The policy is there. I don't know how much has been reinforced ever since. I know that we were monitoring people that were and were not and discipline was issued for those who were not," she said. "Watching videos is taxing on manpower, if you will. There is no way to do it other than to watch hours and hours of video. There just aren't enough personnel who have the time to go back and watch old video when there is always something new happening."

Jacobs said during her time as chief, they randomly checked officers' video recordings to see how often the body-worn cameras were being used. She believes that process worked.

"Having that record no matter what it says is better than not having the record," she said.

The revision also updated the rules regarding priority calls and body cameras.

Officers must activate their cameras the moment they are dispatched to a priority 1 or 2 call, generally the more serious calls for officers.

In the case on Oberlin Drive, it was a noise complaint, or priority 3 call. So the officers were not required to start their cameras when they were first dispatched.

That also is why there is no dash camera footage. This was not an emergency call that required lights and sirens.

But, as Columbus police Sgt. James Fuqua explained to reporters, once Coy arrived and turned his attention to a garage on private property and an interaction with someone, rather than checking out a vehicle in the street related to the original call, he would have been required to activate his camera.

Officials say that did not happen.

Every officer was required to review these changes and to digitally sign an acknowledgment of them. 10TV has been unable to confirm whether Coy did so.

While the process with Officer Coy proceeds, the Ohio Bureau of Criminal Investigation is looking into the case for potential criminal charges.

Once the investigation is complete, the results will be forwarded to the Franklin County Prosecutor’s Office.

On Wednesday, officials also said that other officers on the scene could also face discipline in this case.