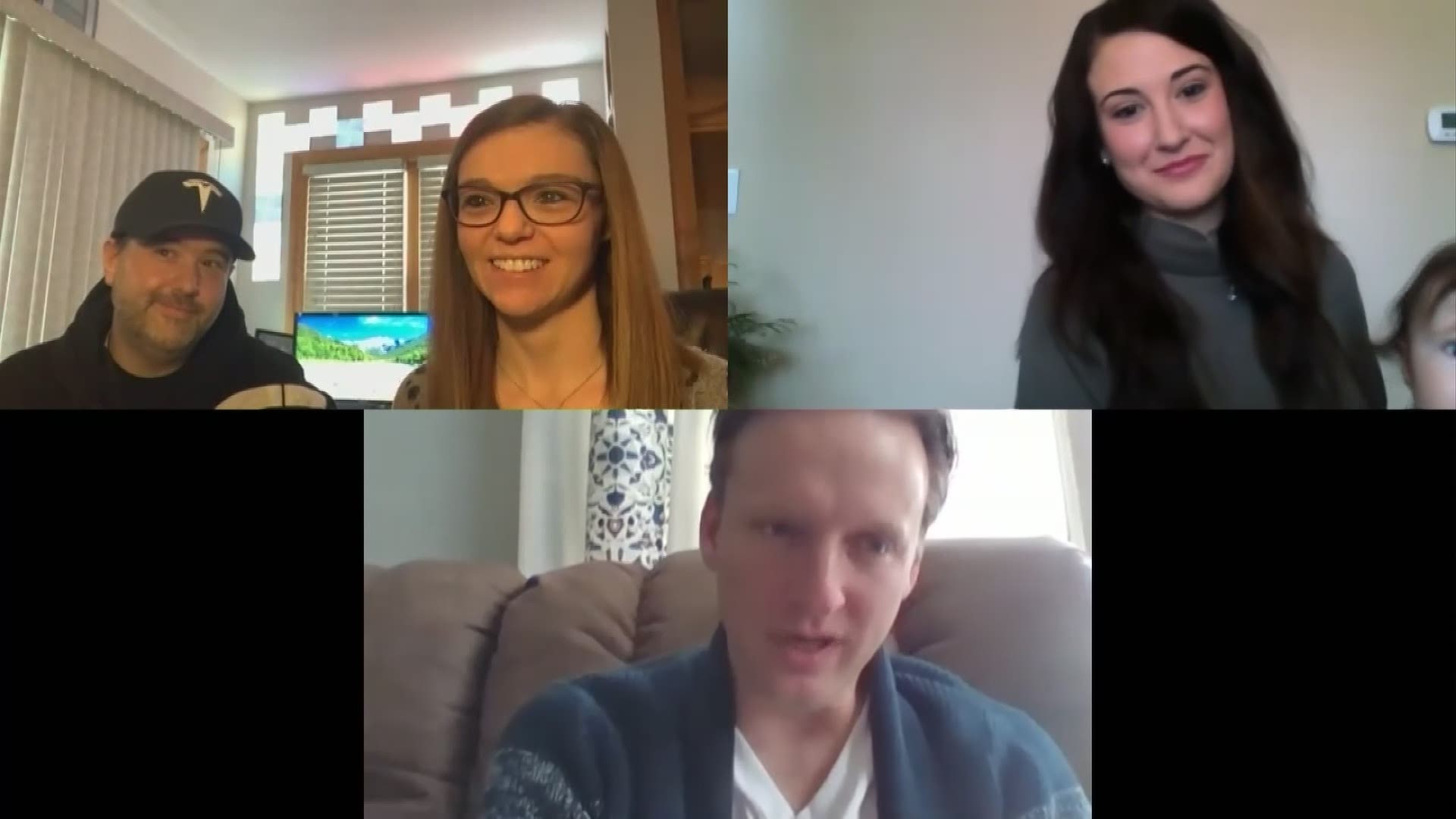 Sledding on that first batch of powder 1-year-old Owen and 3-year-old Grant, the littlest of the Munro family, made the biggest of sled impressions on a snowy hillside at Sycamore Creek Park in Pickerington, Sunday.

“It was our first time getting the boys actually out in the snow and experiencing sledding for the first time,” Matt Munro said.

Matt and Ashley are the boys’ parents. This July the couple will mark five years of the day exchanging those little rings.

“I started to just kind of fidget and go to touch [the ring] in my pocket and I pulled it out and looked at it, like, ‘My hand!’,” he said.

The one-two punch; losing the ring, then having his wife find out.

Backtracking through a foot of snow…no luck.

Daylight vanished, but an idea appeared.

A little ask on Facebook got a big response.

“Less than five minutes people were screen-shotting what somebody had posted about they had found a ring,” Ashley said.

On a separate Facebook page, Allison Neal had posted about a ring that was found at Sycamore Creek Park.

Neal and her son were at the same park, sledding, when she says she noticed a man.

“And he just stopped, kind of starts digging and here he brings up this ring,” Neal said.

“I know I would be freaking out if I lost my ring,” Neal said. “Or, my husband were to lose his ring.”

“I was immediately speechless,” Matt said. “Like, oh my gosh, I can cancel the order for the metal detector I bought and all this other stuff and call off the search.”

Monday afternoon at that same park Neal and Munro, two former strangers, met to return the smallest of items. And, in the process, they made the biggest impression on each other.