Fred Maier and his family escaped Germany during World War II before moving to Columbus in 1948. 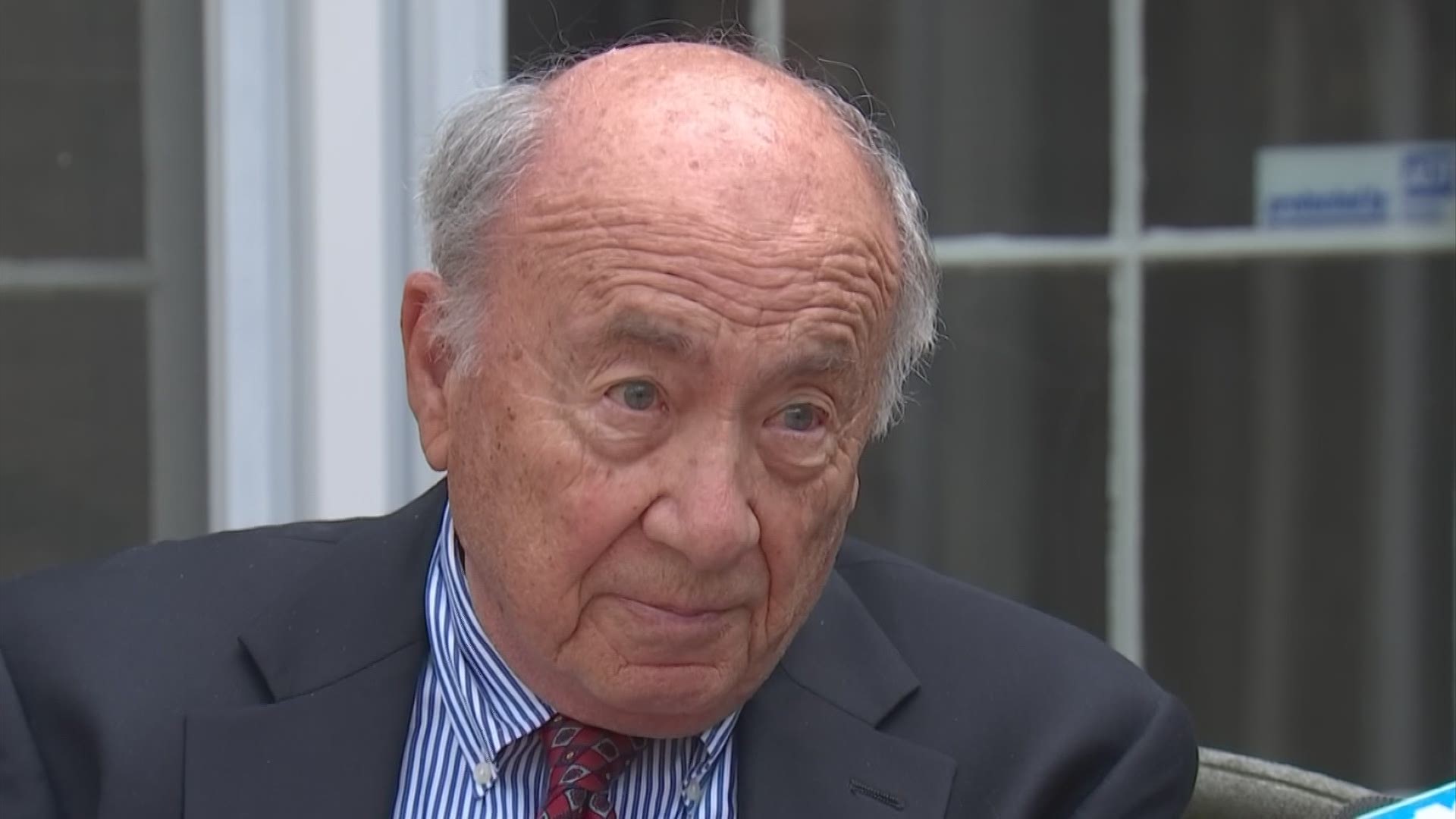 COLUMBUS, Ohio — As a 4-year-old boy growing in Cologne, Germany, Fred Maier remembers very little about the day the Nazis came to his city.

All he has to remember the time in 1938 is a black and white photo of himself and his brother Jack and a Jewish prayer book with his mother’s German handwriting inside where lists of family birthdays were kept.

Maier said not a single family member in that book survived.

Thursday is Holocaust Remembrance Day which commemorates the six million Jews and five million other men, women and children who perished during World War II in German-occupied Europe.

Maier recalled a story from his mother about how his father, a superintendent for an oil company, was taken away by the German Army and sent to the Dachau prison camp.

“My mother would go there and talk to the Nazis to get him out. My father worked for Shell Oil Company and with my mother and Shell worked to get him out of the concentration camp,” Maier said.

He said his father, Simon, stayed eight weeks inside the concentration camp before the Germans decided to let him go.

It was then that he, his mother Bertha, father and Jack left Cologne and never returned.

“My parents realized people had gone to a concentration camp and never came back. Can you imagine a young family getting on a train not knowing what they were going to do?” he said.

He said his parents had a feeling something bad was coming. In 1938, during what's called Kristallnacht or "the night of broken glass" his mother’s toy store was destroyed by the Germans.

The family lived in London and eventually came to Columbus in 1948. Maier would graduate from Ohio State University and later become a Vice President of Lazarus.

Israel came to a standstill at 10 a.m. on Thursday as sirens wailed throughout the country in memory of the six million Jews murdered by the Nazis during World War II.

The annual Holocaust Remembrance Day is one of the most solemn days on Israel’s national calendar, with much of the country all but shutting down for those two minutes to honor those who suffered under the Nazi regime.