Columbus recorded 143 killings last year, four more than the number of people slain in 1991 during the crack cocaine epidemic. 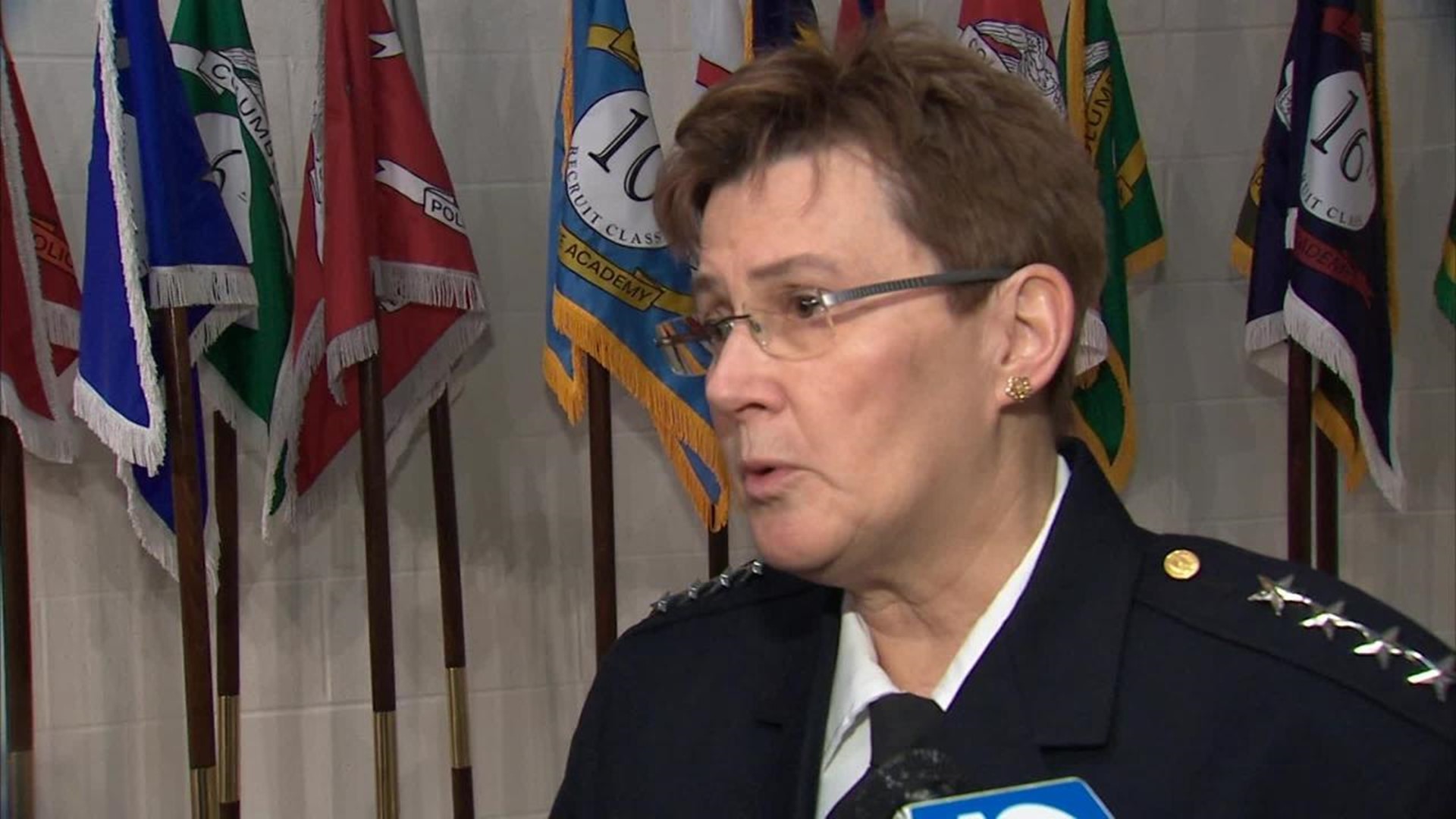 COLUMBUS, Ohio — Ohio's largest city graduated its latest class of police recruits Friday at a time of soaring street violence, a point underscored by reports of a double homicide as the ceremony got underway.

Columbus recorded 143 killings last year, four more than the number of people slain in 1991 during the crack cocaine epidemic. At least four people have died this year, including the two on Friday.

Mayor Andrew Ginther, a Democrat, noted the challenges facing officers as he addressed the new graduates.

"Policing has always been a difficult profession, but these officers are entering it at a time in history both nationally and locally when the challenges may be greater than any other time," Ginther said.

The record number of homicides has drawn attention to the police department's staffing levels. The 33 officers who graduated Friday brings the total number of Columbus officers to about 1,880, said spokesman Sgt. Dean Worthington.

The head of the union representing Columbus officers said the department needs at least 200 more officers. Police Chief Kim Jacobs agrees more are needed but won't give a specific number, saying instead the department should grow with Columbus, which continues to add population.

"I believe more officers on the street will help us better serve our community," Jacobs said after the graduation.

The opioid epidemic, numerous illegal guns and gang violence are among the reasons for the city's high killing rate.

Last month, a member of the Deuce Deuce Bloods gang was charged with the deaths of four people in three separate 2017 killings.

Also in December, the Franklin County coroner said the county that includes Columbus saw 383 overdose deaths through September, higher than all of 2016. Most were attributed to opioids like heroin and painkillers.

The city needs 200 more "just to get us where we can hit the ground running and doing some proactive work," Pappas said.

New police officer Caleb Ohl joined his father, Lt. Paul Ohl, on the department Friday. The younger Ohl said he's not deterred by the violence the city is facing or the scrutiny officers are under.

"The challenges every day that being a law enforcement officer presents to officers — that's just something that really, really intrigues me and attracts me to the job," said Caleb Ohl, 21.

A pastor in a tough east side neighborhood says he'll leave staffing needs to the police. For him, ending violence is a losing battle without community involvement.

That means people in neighborhoods intervening with children early and taking responsibility for what happens on their streets, said the Rev. Frederick LaMarr, senior pastor at Family Missionary Baptist Church.

"To make any community safe, you've got to have people in the community stepping up, telling these young kids they can't do this, that and the other," LaMarr said. "Really, just taking a more active role."