A dangerous heroin combination has surfaced in Ohio. It's called gray death and Columbus first responders are preparing for it. 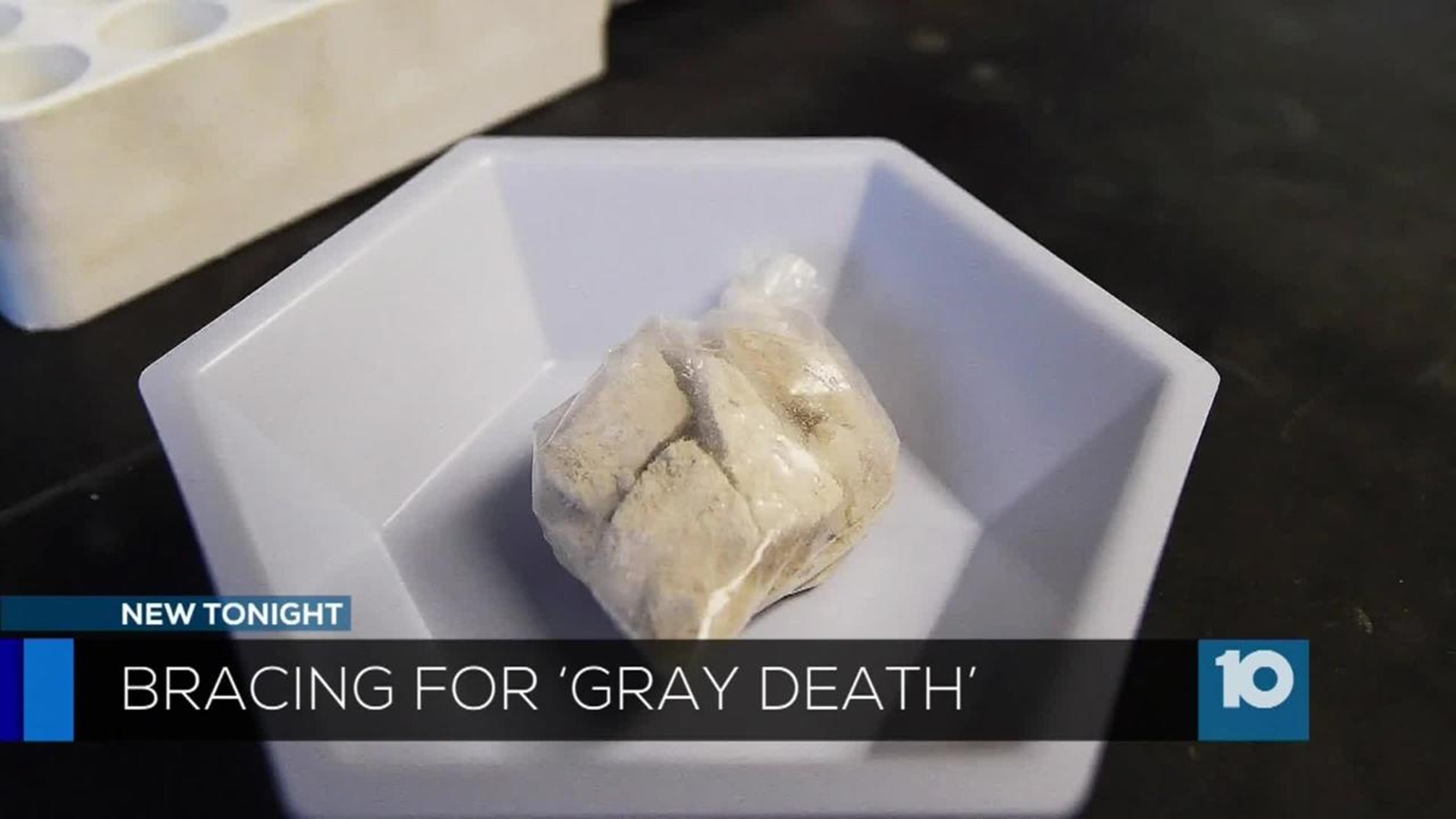 A dangerous heroin combination called "gray death" has surfaced in Ohio and Columbus first responders are preparing for it.

Investigators describe the heroin-laced drug as light or gray and powdery.

Because gray death is reportedly so strong, first responders say it might take more than 1 dose of Narcan or Naloxone to bring someone back to life. They say it could take multiple doses.

At a first glance, gray death seems like any other drug, but what it's made of is more dangerous than what's already out there.

"Our lab has seen the mixture of U-47700, fentanyl, and heroin," Ohio BCI Forensic Scientist Megan Snyder said.

Snyder says the drug combination is gray death and it's been analyzed and discovered at least 8 times by the Ohio Bureau of Criminal Investigation. It's so potent, Snyder says they have to protect themselves while they test it.

"Carfentanil is 10,000 more times potent than morphine, so we glove up, wear masks," Synder said.

First responders say they haven't seen gray death in Columbus, but it's been reported in the Southern part of the state. Already, the Columbus Division of Fire averages nine overdose calls a day. Medics use about 14 doses of Narcan a day, but that number could go up.

"We really can't tell what substances are in the opiate overdose, but we can tell that it's a pretty serious overdose by the amount of Narcan sometimes we have to give," CFD Medical Director David Keseg said.

Emergency Medicine Physician at Grant Medical Center, Dr. Dan Jeltes says heroin addicts can not build immunity to Narcan. If a dose doesn't work, it could depend on what's in the drug and there isn't another antidote.

"If that doesn't work, then next step is we give them medications to relax them and essentially put them in a medical coma and put a breathing tube down into their trachea and start breathing for them on a ventilator," Dr. Jeltes said.

First responders say CPR will work too if Narcan doesn't.

Columbus Division of Fire officials say they haven't had a formal briefing on gray death, but they are aware and preparing.