"Helping the people who help the people" - the theme of a new mental health training session offered to Columbus firefighters. 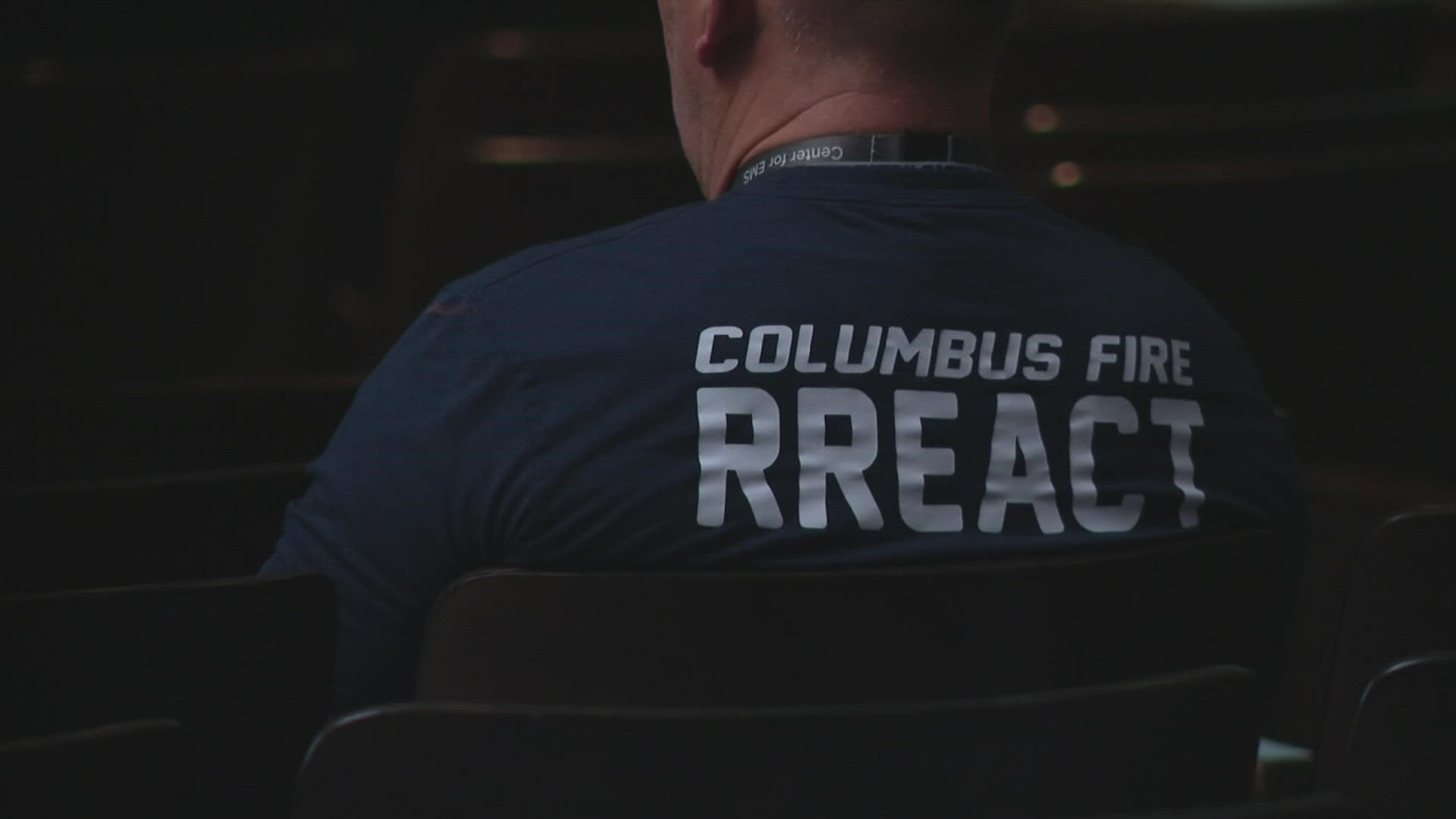 COLUMBUS, Ohio — Helping the people who help the people. That was the theme of a training session for Columbus firefighters on Tuesday.

In the last month, Columbus firefighters have lost two of their own due to COVID. Between that, and the stress of every day work, the department argues it is even more important of a reason to push getting mental health help for the first responders.

“We know there's inherent risks with the job, dealing with what we have dealt with over the last year plus, it has taken a lot of patience to deal with. It's been tough,” said Columbus Fire Lieutenant Isaac Toliver.

Toliver says what has helped him get through the tough times in the past year or so was the training he learned in the building better lives program.

Eve Fitch works with RREACT, and is on the Franklin County Family First Council.

“We talk about the stress response, and what they can do to mitigate that. We talk about building skills of resilience,” Fitch said.

The six-hour training session is voluntary. It's training Toliver says he wishes he would have had earlier in his career, and a program Fitch says the chief is encouraging.

“I want every firefighter to have this information because I think it will help them to be able to manage the stress of the job better, to be better at their job, but most importantly, to help them live longer and healthier lives,” Fitch said.

They will continue offering this class, hoping more first responders will take advantage.