The move is COTA’s latest attempt to become diesel-free by 2025, according to a release. 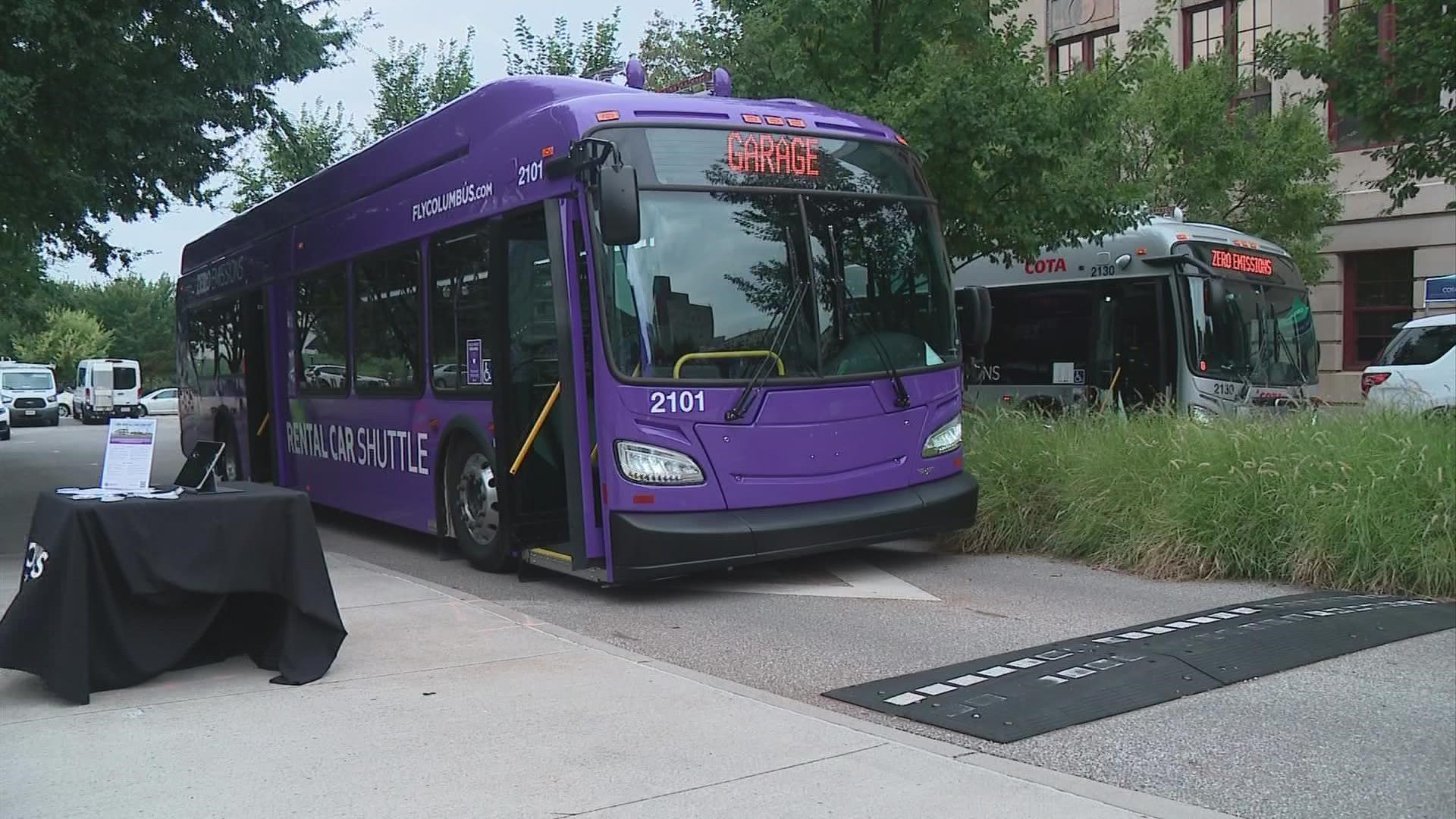 COLUMBUS, Ohio — Columbus residents had the chance to ride on one of the Central Ohio Transit Authority’s new electric buses Wednesday.

The move is COTA’s latest attempt to become diesel-free by 2025, according to a release.

The Columbus Regional Airport Authority, which partnered with COTA for Wednesday’s showcase event, has already begun operating its zero-emission battery-electric buses at the John Glenn Columbus International Airport. In doing so, CRAA became the first in the region to introduce electric transit vehicles.

COTA will soon follow suit when its buses are officially put into service later this month.

Last week, COTA announced upgrades to its fare policy, citing data that shows customers who paid per ride were spending more money a month than those who purchased a $62 pass up front.

Beginning later this fall, COTA customers will pay no more than $4.50 a day. You can learn more about the new policy here.